You’re hitting the gym consistently, eating healthy, focusing on your weight training, and not gaining muscle. What gives? The casual gym-goer might not need to know about pyramid training or the hypertrophy phase, but such wisdom is crucial for anyone interested in gaining muscle.

These six essential pointers from Chuck Pelitera, C.S.C.S*D, NCSA-CPT*D, EdD, will help you sharpen up your resistance training routine so you can make the muscular gains you’re working toward.

“Whenever you’re looking for muscle hypertrophy (muscular growth at the cellular level) and increasing muscle mass, the preferred method is heavier weights and less reps,” Pelitera says. In the resistance training context, hypertrophy occurs when skeletal muscle tissue enlarges, because the resistance stimulus increases the size of the muscle’s component cells.

Achieving hypertrophy puts you in a muscle-building state, but you won’t get there by lifting light weights. If you can do 12-15 reps with the weight you’re lifting, you’re probably not in hypertrophy, Pelitera says. Instead, try a pyramid workout: Start with a weight you can lift for eight reps, but not more than ten. Increase the weight and do six reps; add more weight and do four reps; increase again and do two reps.

For guidance, check out Aaptiv. We’ve got strength training classes that take the guess work out of lifting.

“Until failure” isn’t a bad thing in resistance training; it’s actually how you get stronger. Although the amount of reps is still crucial. “In hypertrophy training, you’re going to have failure at somewhere between two and eight reps,” Pelitera says. “Someone who’s just looking for muscle tone and the ability to become more fit is [reaching failure] at 12-15 reps.”

Going through the motions won’t get you anywhere. You don’t have to achieve failure (not an oxymoron, weirdly) in the first set, but the goal is to get there by the end. “If you’re not working to failure in the last set, you’re going to get the minimum benefits; that holds true for men and women,” Pelitera says.

Your recovery between sets is too short.

Performing multiple sets in rapid succession doesn’t help you gain muscle; there’s a reason why the biggest people in the gym tend to hang out on one bench for a while. “We’ve been pushed lately to do as minimal time as possible between sets, because of the trend toward CrossFit and those types of training,” Pelitera says. “If you’re looking to gain strength and size, you need to have a bit more time for recovery to occur.”

Pelitera notes that muscles can recover to 85 percent of maximal capacity after just 15 seconds. This is great for building muscular endurance, but not so great for building mass. A good rule is to wait at least two minutes between sets. At this point your muscles should be fully recovered (although you can add another minute or two, if necessary).

With Aaptiv strength classes, out trainers do the counting for you, and tell you exactly how long to rest for in between prescribed sets.

You’re right to assume that your body needs rest days between resistance sessions, but you can safely lift four times a week by stratifying your efforts into specific muscle groups. “You should only be working one muscle group twice a week,” Pelitera says. “It’s too intense and there’s too much break-down to work a muscle group more than twice.”

Pelitera’s recommendation for a four-day resistance training schedule is this: Hit a chest-shoulder-triceps workout Monday and Thursday and do your leg routine on Tuesday and Friday. Each muscle group gets two days recovery, and lifting more often means less lactic acid build up in the muscle tissue. “Lactate threshold applies to resistance training,” Pelitera says of the phenomenon by which the body disperses lactic acid at a certain effort level. The more often you train, the higher your lactate threshold will be, meaning you’ll be able to lift heavy multiple times a week without as much lactic acid weighing you down. Delayed-onset muscle soreness (DOMS) also decreases with more frequent resistance training bouts, Pelitera says.

You could use more protein.

Protein should constitute 15 to 20 percent of the average person’s total caloric intake, but you’ll need more to build muscle mass. “Somewhere between 25 and 35 percent of your diet should be protein, if you’re really into weightlifting,” Pelitera says.

An important note: At a certain intake, the unused protein goes to waste. “Americans have some of the most expensive bowel movements,” Pelitera says. “We do not store protein well, so excessive protein will be excreted.” Excessive protein intakes can cause gastrointestinal distress and more frequent trips to the bathroom.

You can likely get all the protein you need through natural food sources. Still, if you are going to supplement, Pelitera recommends a combination of whey and casein protein. “Animal proteins tend to be complete proteins, as opposed to plant proteins,” Pelitera says. “Whey is the type you’d use right after a workout for recovery. Casein is more effective for long-range recovery; it allows you to recover overnight.”

An aggressive four-day-per-week resistance routine does mean you’ll need to prioritize sleep. “The average person should get a bare minimum of seven hours; the ideal scenario is to have eight,” Pelitera says. That said, not all sleep is created equal. Pelitera notes that prolonged daytime naps can rob you of REM sleep at night, which is crucial for healing torn-down muscle fibers.

Rest is just as important as lifting. For low-impact workouts you can do even on your rest day, check out Aaptiv. 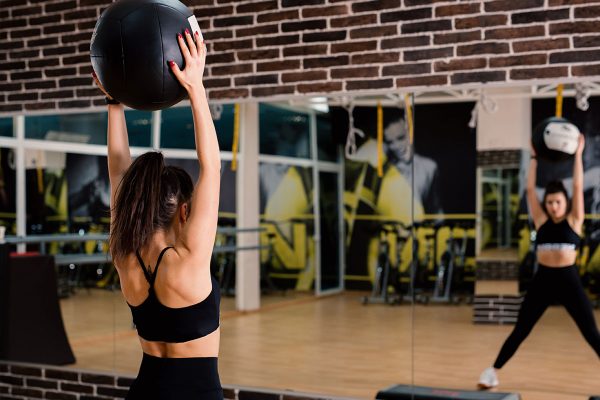 These techniques can help you learn proper form without the aid of a trainer. 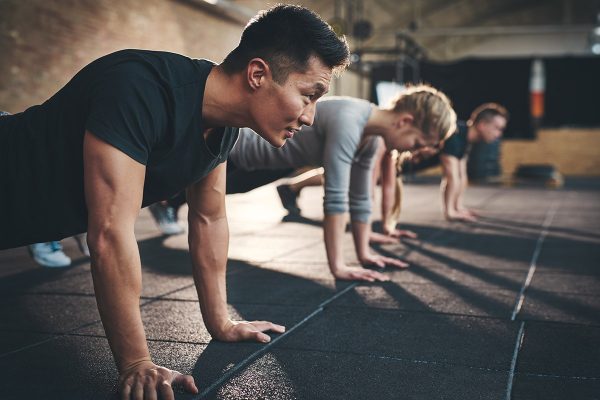 Everything You Need to Know About Functional Training 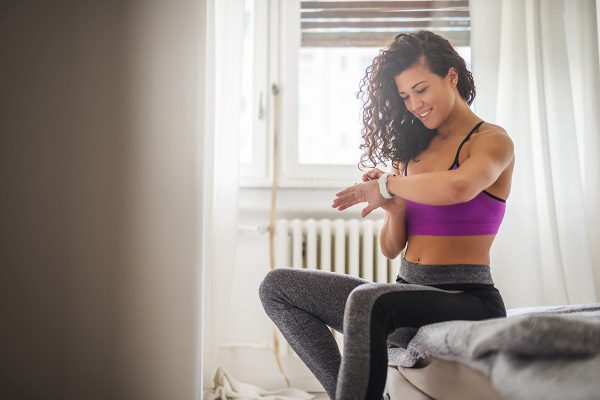 5 Tips You Must Know While Losing Weight

Are you experiencing difficulties trying to lose weight? Read on...