How Do I Know if I Need Orthotics?

Here’s what foot orthotics can do for you, and how to make sure that you’re getting the right set.

Orthotic shoe inserts, aka “orthotics,” are magical foot cushions capable of remedying almost any hitch in your stride—or so you thought. In reality, orthotics are just another tool in a physical therapist’s (or a podiatrist’s) toolbox; sometimes they are a short-term fix, sometimes they are a long-term corrective implement. Orthotics can assist with everything from walking pain-free to alleviating chronic pain. Find out whether orthotics can help you, thanks to Bethesda, Maryland-based Physical Therapist Robert Gillanders, DPT and Wauwatosa, Wisconsin-based Podiatrist Alex Kor, DPM.

How do orthotics work?

The popular conception of orthotics is that they conform to your foot and bring it to the ground in a controlled fashion; in reality, it’s more of the opposite. “The way I look at it is [that] you’re bringing the ground up to the foot,” Gillanders says, explaining that an insert is meant to redirect and redistribute the energy of the foot’s natural pronation.

A podiatrist or physical therapist might recommend orthotics for a variety of reasons. Kor often sees patients for a tissue injury, such as plantar fasciitis or iliotibial band syndrome, as well as hip and back pain. An orthotic, or a smaller heel lift, could provide the support necessary to affect the impact causing the pain. “The majority of patients that I see, as a podiatrist, wear orthotics for the overuse condition,” Kor says. “They’re people trying to get in shape, weekend warriors, or hardcore athletes trying to reduce the risk of injury or decrease pain and avoid future problems.”

Try out orthotics and see if they’re right for you with one of Aaptiv’s walking workouts.

Others may be genetically predisposed to needing an orthotic. Those with particularly low arches, for instance, might pronate too much. “The foot is becoming more flexible to account for the imperfections of the ground; then the foot begins to supinate, and it becomes rigid (to push off from the ground),” Gillanders says. “If at impact, you’re getting a huge pronatory movement, the job of the ankle muscles becomes exponentially harder.” An orthotic, he says, would control the pronation and prevent such violent flexion.

People with high arches can suffer an opposite condition. “A foot that’s high-arched tends to be more rigid,” Gillanders says. “Those people are much more vulnerable to stress injuries because they tend to hit the ground harder.” In this scenario, an orthotic that comes up to meet the arch redistributes the weight away from vulnerable areas like the metatarsal bones, which might otherwise be vulnerable to a stress injury.

Orthotics can also help people with structural differences in their feet and legs, Kor says. A heel lift might be necessary if one leg is longer than the other, while a custom orthotic might work for someone with asymmetrical foot structures. People with overuse injuries often outgrow their orthotics with rest and physical therapy. People with permanent imbalances may use them as a long-term solution.

Do I need a custom orthotic or do OTC versions work?

In most cases, both Kor and Gillanders agree that an over-the-counter (OTC) orthotic is worth a try, before ordering a custom insert. It can take several weeks to get a custom orthotic made and they’re not cheap. “A lot of insurance companies would cover them ten or 15 years ago,” Kor says. “Nowadays, they’re less likely to cover it.” Paying outright for a custom orthotic could set you back $400, Gillanders says, although prices vary by market.

A quality OTC orthotic might be just as good as a custom one. “Let’s say [that] a person has heel pain, or the ball of their foot hurts; I can get a good OTC orthotic for up to 60 bucks,” Kor says; he likes Superfeet and Powerstep variations, and Spenco heel lifts.

What to Look For

Shy away from too-flexible orthotics; you shouldn’t be able to flop it about like a wet noodle. “These things need to have inherent structure,” Gillanders says. “If you’re putting 1.5 times your body weight on the device, it can’t be flimsy.” To field test an insole, Gillanders recommends standing in it outside of the shoe to see how it supports your arch, then standing in it within the shoe to make sure it feels right.

The shoe itself has a bigger impact on your stride than the insert. So, start with a pair that’s been worn for fewer than 200 miles, Gillanders says. Also, be aware of the shoe’s design. A neutral shoe will interact with an insole differently than a motion control shoe because the latter version is already acting to control your pronation, so adding an insert on top might be overkill.

Get Your Own Orthotic

It doesn’t hurt to shop around and try the OTC options yourself. But a podiatrist or physical therapist (PT) consultation is crucial for determining an orthotic’s role in a larger treatment regime. “I look at orthotics like a prop,” Gillanders says. “I don’t think that the use of an orthotic is going to help with balance, strength, or mobility.” In many cases, an orthotic is a temporary solution, akin to an ankle brace. “Let’s work on strength, balance, and control, and in the meantime let’s use this as a protective thing to take the strain off the local tissues,” he says.

A professional can also help identify underlying problems in your training. “So, many people come in and say, ‘I need to lose weight. I’m running and my foot’s been killing me, but I’m going to keep running because I need to lose weight,’” Kor says. “If you have a lower extremity problem, you’re self-limiting how far you can run.”

Running isn’t the only exercise you can do to lost weight. For more, low-impact options,  check out Aaptiv.

See a PT or podiatrist to get the details on whether or not you need an orthotic; if you do, they’ll fit it for you to ensure proper alignment. If you’re in need of a custom orthotic, a professional can help you obtain an orthotic that’s worth the cash. 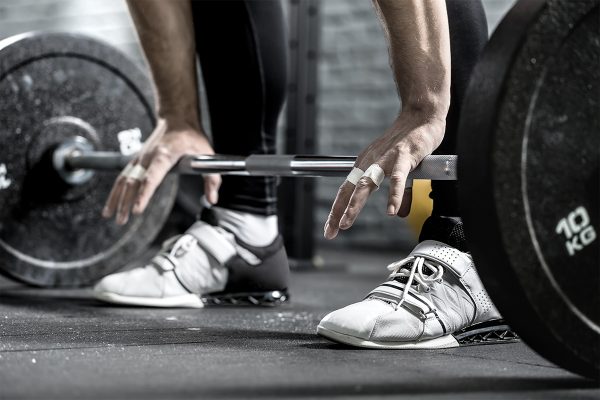 Should You Be Training to Muscle Failure?

Find out if completely tiring yourself out during workouts is worth it. 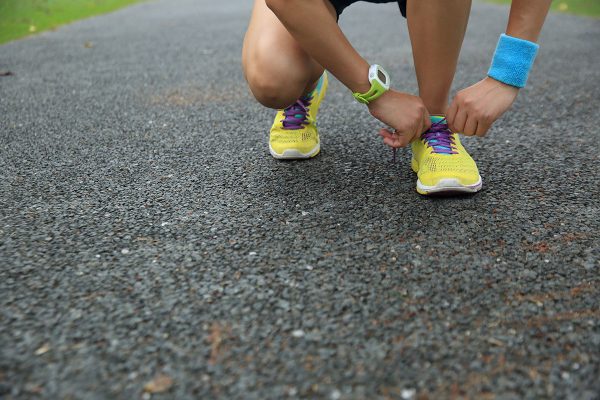 Nothing lasts forever, including your favorite fitness shoes. 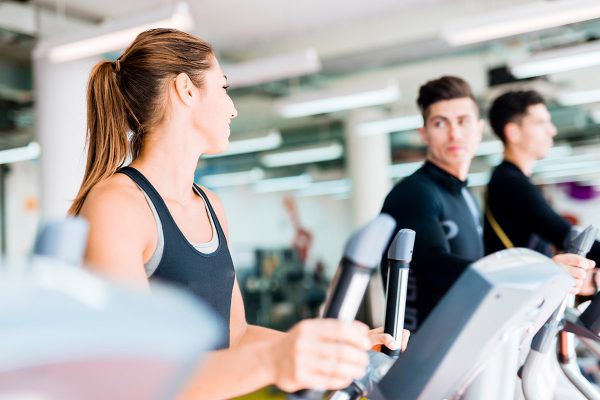 If rumors of ineffectiveness have ever stopped you from using the machine, read this ASAP.