What is Hybrid Yoga and Should I Try It?

How mixing and matching amplifies your traditional workout.

In the last several years, more and more studios and gyms have been introducing hybrid yoga sessions to their schedules and class offerings. Hybrid yoga is the combination of the practice of yoga implemented into various styles of traditional exercises (such as Pilates, CrossFit, and acrobatics—to name a few).

We spoke with Aaptiv Fitness Coach Ceasar Barajas about the many benefits of implementing different variations of hybrid yoga into one’s exercise routine. Along with adding a baseline of connection to our body and mind, Barajas dives into the many ways that joining yoga with (almost) any activity can be a positive and enriching experience.

“Hybrid yoga is picking up massive popularity. It has a strong, underlying nature to connect humans’ mental intentions with physical activity [that] they already love to partake in,” says Barajas.

Read on as we review various styles of hybrid yoga, their many benefits, and ways to get involved in hybrid yoga practices near you.

“Shocking the body and mixing up exercise routines is an ideal and proactive way to positively grow your workout routine. Hybrid yoga (depending on the combination) can utilize weights, dance, stretching, and dynamic movement—each of these adding another layer to the workout,” says Barajas. While there are dozens of styles of hybrid yoga, many of them build up balance, agility, as well as strength for those who participate.

Originating in California, aerial yoga combines the movements from dance, Pilates, and yoga all in one. It is performed within a silk hammock that is lifted from the ground. Each movement and pose helps further your stretch as the weightlessness allows the body to move deeper into different positions. “There’s something truly magical and relieving about being in the silks during an aerial yoga session,” says Barajas. “The practice gives you the ultimate feeling of suspension, and introduces an incredible amount of weightless. When practicing, I’m able to properly elongate my spine. I notice my rib cage opening up and alleviating the heart from external stressors.” In fact, since a good amount of aerial yoga poses are in suspended positions, the body’s blood is increasingly circulating. This leads to health benefits for the circulatory system.

“There tends to be a certain stigma with yoga when it comes to some individuals who practice CrossFit,” says Barajas. “They believe yoga isn’t going to help them strength and condition the way [that] CrossFit can.” This a complete fallacy. Barajas explains how combining weight training and recovery (like yoga) into a regular exercise plan will greatly help the overall build and endurance of the athlete.

Sometimes referred to as dynamic yoga, CrossFit yoga is used for those who partake in CrossFit, as it adds levels of recovery and dynamic stretching into their workout. It also helps those who practice yoga to implement levels of strength training into their exercise routines. While every trainer and class is different, most sessions of dynamic yoga will start with an introduction of several sun salutations, intermixed with CrossFit strength training movements, holding various yoga positions, and a meditative, relaxing cooling down.

Contains a mixed practice of acrobatics and yoga. In order to engage in acro-yoga, there is a base, flyer, and spotter present. The base is the person supporting the pose or position (whether that be laying down or rooted with most access to the ground). This allows most of their limbs to be free to support and carry the flyer. The flyer is usually up in the air. The position allows their movements to be manipulated by gravity. To be a flyer, one must have a degree of balance, strength, and core muscle conditioning. The work between the base and the flyer should always be observed by a spotter, who is present in case the pose ever fails.

Barajas believes that acro-yoga is a great exercise to do with your partner. It can grow both trust and intimacy in a unique and fun way. “It helps release stigma while simultaneously bonding with the person you’re looking to grow closer to,” says Barajas.

If you’ve been scrolling through social media news feeds lately, you may have come across a rather interesting practice called goat yoga. Yes, it is exactly as it sounds. Goat yoga incorporates goat animals into traditional yoga practices (most notably known as caprine vinyasa). The practice asks the body to observe its surroundings. So, the goats are used as the body’s connection to nature. (Not to mention, they’re cute to look at!)

The interactive nature of caprini vinyasa has you place the goats upon your back in poses like cat and cow. This helps the body account for balance, as well as react to the extra weight and resistance.

Why partake in hybrid yoga?

“The development of hybrid yoga was introduced as a form of exercise that suits a broad range of many people’s needs. These needs can vary from both a physical or mental demand,” says Barajas. Over time, it’s becoming more common to hear individuals pursuing daily task and activities in their life with intention. This is where hybrid yoga comes into play. No longer are people working out because it’s an obligation. Rather, they view it as an exciting activity that helps them unwind and release daily stress.

Yoga as a practice is all about focusing on your breath, centering your body, and becoming mindful of each isolated movement. These are all necessary elements that would greatly benefit any exercise or workout routine. Because of this, fitness coaches and trainers like Barajas, either look to embed yoga practices into more routines.

“No one is reinventing the wheel when it comes to mixing and matching similar things,” says Barajas. “Finding a targeted niche or mixed audience to appeal to gives hybrid yoga not only its popularity, but [also] its ability to connect with so many people.” Barajas likes to make the connection between hybrid yoga and chocolate with wine. “Sure, they’re both great on their own, but the combination suits each other perfectly. It gives one an appreciation for the other in a way never anticipated.”

Ways That You Can Participate in Hybrid Yoga

Finding a farm full of goats in a natural setting might be a little hard to do when you live in a city. However, there are many ways to engage and participate in hybrid yoga. Barajas recommends looking into your local community for the best options. No matter where you practice, the important thing is that you get out there.

“You’d be surprised, but nowadays even breweries or nightclubs are offering hybrid yoga classes. DJs may be mixing beats during your salutation, or beer flights may be offered between poses,” says Barajas. “The important thing is that you’re out and enjoying yourself. Even if it’s something that scares you—do it—, excites you—do it—, fascinates you—do it. You’ll never know what type of hobby or passion it may start.”

But keep in mind you don’t have to be at a farm to master a natural art of yoga. “Instead, open up your dog pen and let your furry friend join you during your practice at home,” Barajas says. “You’ll then begin to connect and see the wonders behind implementing living elements into your poses. (The same can even be done with your young children).”

For yoga classes with Ceasar and our other top trainers, check out the Aaptiv app for more! 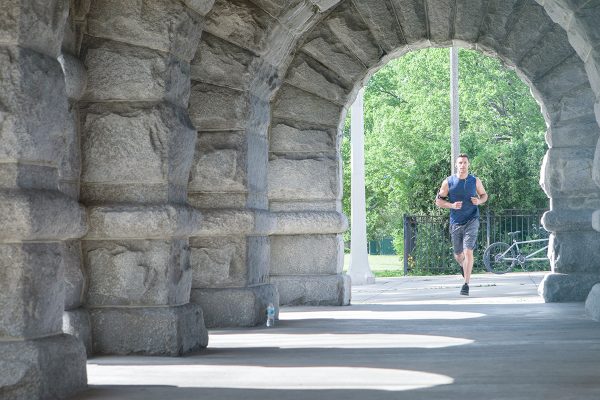 New Ways to Chisel Your Abs 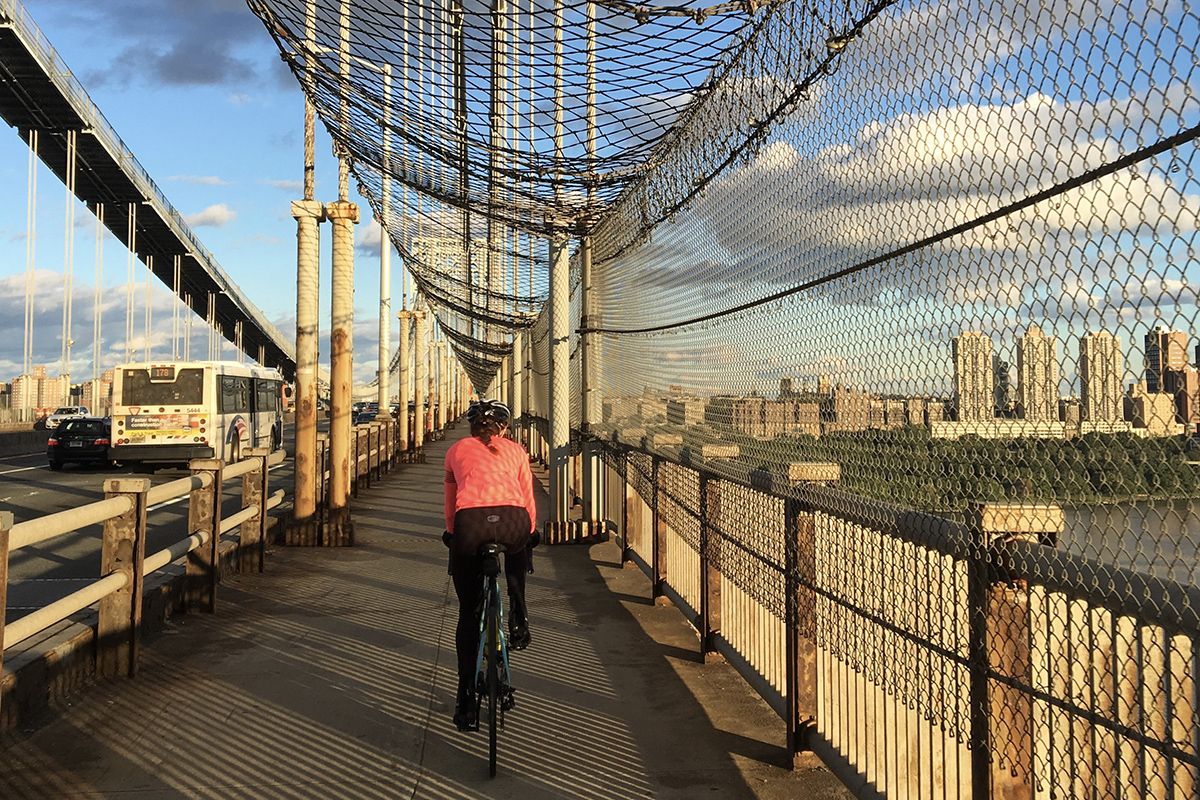 A Week in the Life of an Accomplished Professional Triathlete

Nicole Falcaro shares her workouts, meals, and more for the week. 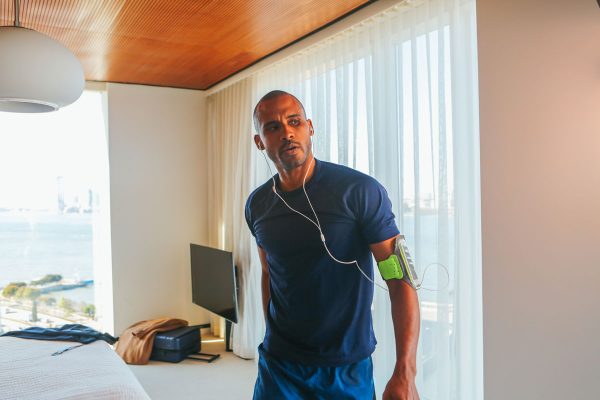 We partnered with Hotel Tonight to create workouts made for travelers. 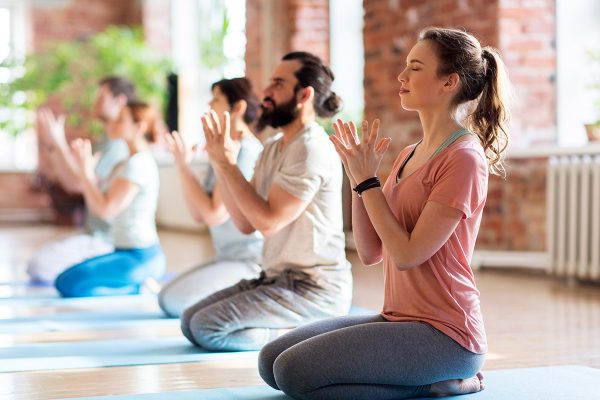 How to Choose the Right Style of Meditation for You

We’ve got you covered with this quick breakdown.