Just another reason to love running.

When it comes to running, the benefits for your body, mind, and soul are relatively endless. In essence, that’s why it’s one of the most popular sports in the world.

People of all ages, cultures, and walks of life enjoy it. Studies have linked running to everything from boosting your mood (that good-old “runner’s high!”), treating depression, enhancing brain health, increasing memory, reducing the risk of cardiovascular disease, lowering blood pressure and much more.

Another lesser-known benefit of running is that it helps build bone strength and mass. Plus, it can help slow the aging process related to bone loss (this is great for elderly exercisers).

Wondering how? We’re here to explain. Aaptiv asked top running professionals to deep dive into the science of running and how it’s able to rebuild and strengthen our bones.

The Running and Bone Relationship

In its essence, running is a weight-bearing or endurance exercise. This in and of itself indicates that it has the potential to build and repair bone strength, according to Alexandria Williams, Road Runners Club of America’s certified running coach and director on the board of the National Black Marathoners Association.

“When a person runs actively, this motion causes new bone tissue to form, and thus helps bones [become] stronger,” she says. “With running, there is more impact, thus every time you run and push off your legs, the muscle contract[s] back and forth.” This motion, she explains, impacts not only the bones, but also blood flow, which all help in building healthy and strong bones.

Looking for running workouts you can do during the week? Check out Aaptiv’s running section in the app today.

The Role of the Foot Strike

Another reason you are able to build bone density when running is due in part to the fact that it is an open-chain exercise. This is where your foot comes off the ground and strikes it again. Closed-chain exercises, on the other hand, include cycling, swimming, and operating many exercise machines.

“The science of this is rather straightforward. When your foot strikes the pavement, your long bones in your shin and femur actually ionize. This causes your bones to pull more calcium and other essential nutrients from the blood and leads to greater bone density,” explains Roger E. Adams, Ph.D., personal trainer, doctor of nutrition, and owner of eatrightfitness. “Additionally, the force of the muscles pulling against the bones as you run stimulates some of this ionization as well.”

Any weight-bearing exercise will help, but running, with the extra stress of the foot strike, seems to have an increased ability to create the ionization in the bones, according to Dr. Adams.

However, it’s worth pointing out that the only skeletal bones that will benefit, or become stronger, from the act of running are those that experience increased stress from the weight-bearing activity. This tends to not include the upper body, as it hardly moves during a run.

While the benefit of building bone strength from running is exciting, Dr. Adams points out that long distance runners may actually lose bone if they’re not careful. “The open-chain aspect to running does ionize and help the bones mineralize better. However, stress fractures can be a common ailment with long distance runners,” he says. “Researchers believe this is primarily due to diet restrictions or [a] too [little] caloric intake.”

Additionally, he points out that many elite or serious long distance runners carefully control their weight, which may mean that they’re not eating enough calories, especially calcium-rich dairy, to sustain healthy bones.

Besides the potentially favorable effects on bone density, running is associated with improved muscle profiles, as well. “Hamstring, quadriceps, and calf strength are beneficiaries of running workouts. However, what is unique about running, versus a less intense cardio activity such as walking, is the profound increased activity of the gluteal muscles in runners,” says Michael B. Gerhardt, M.D., sports medicine specialist and orthopedic surgeon at Cedars-Sinai Kerlan-Jobe Institute in Los Angeles, California and team physician for the U.S. Soccer Men’s National Team.

“Unlike [participants of] other non-running cardiovascular sports, runners have been shown to have high muscle fiber development in the gluteus muscle complex.” While he acknowledges walking as a legitimate form of exercise, he says that only running optimizes gluteal muscle activity, which is critical in maintaining core strength, endurance, and lower extremity balance and stability.

How Often to Reap Benefits

If you aim to run moderately—20 to 30 miles a week—you can expect to reap the bone-building and strengthening benefits of running.

Additionally, you can expect to strengthen the muscles attached to these bones in your lower body. “Running can make weak areas stronger. And [it] can actually increase mobility in joints, like the ankle, that tend to get stiff from not moving enough,” adds Dr. Adams.

Running is one of the easiest, healthiest, least expensive physical activities that you can incorporate into your workout routine and we’re releasing new running workouts every week. All you need is some pavement and the motivation to hit it! 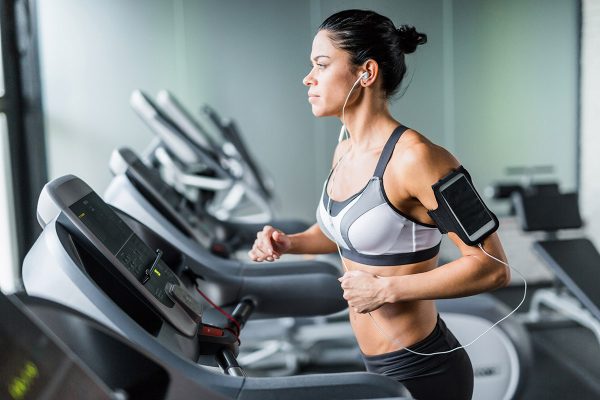 How to Transform the Treadmill Into a Full-Body Workout

Take your treadmill workout to the next level with these tips. 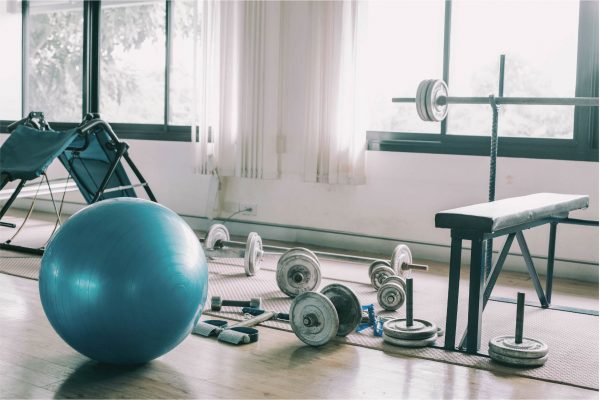 How to Keep Your Home Gym Clean

Having your own gym doesn’t exclude germs from entering your home. 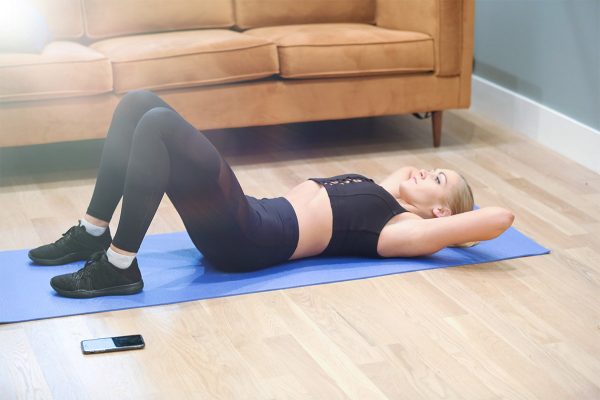 Ab Workouts Won’t Give You a Six Pack, Here’s Why

Are your ab workouts really going to give you the effects you're looking for?