Runner’s Knee 101: What to Know and How to Treat It

The most important takeaway: don't try to do too much too soon.

If you’re experiencing pain around your knee when you run, you’re likely dealing with runner’s knee. Here’s how to treat and prevent the bothersome injury

New runners are often excited to lace up their sneakers and hit the pavement. But runner’s knee is something they should be cautious of. It’s characterized by either sharp, burning pain, or a great discomfort around the knee. Runner’s knee is a condition that can negatively affect your workout—and temporarily prevent you from running altogether.

Lauren Roberts, a registered physiotherapist and owner of treatment clinic The Running Physio, sees runner’s knee all the time and helps patients overcome their running injuries. Since many of us may deal with achy knees, we asked Roberts what runner’s knee really is, how to treat it, and how runners can prevent it.

Not a runner but want to be? Check out Aaptiv’s program Walk to Run One Mile, a four week program that will have you love running in no time.

What is runner’s knee?

Runner’s knee refers to knee pain caused by running. It is an umbrella term for typically two conditions: IT band syndrome and patellofemoral pain syndrome, also known as PFPS.

“They are two slightly different problems, but patellofemoral pain syndrome relates to [pain from] the kneecap tracking over the knee joint,” Roberts says. “Runner’s knee referring to IT band syndrome is where the bottom of the IT band actually rubs over a small bursa—or a fluid-filled sack—causing pain and inflammation.”

While the term is used interchangeably, Roberts says runner’s knee most often refers to IT band syndrome. “That’s probably the most common thing that I see—especially in newer runners,” she adds.

If IT band syndrome is the underlying cause of your knee pain, Roberts says you’ll likely experience a very painful hotspot on the outside corner of the knee. “The number one [thing] that becomes very painful is going down the stairs,” she says. “Going upstairs doesn’t feel usually too bad, but downstairs is a sharp, almost stabbing or burning pain on the outside of the affected side.”

Roberts also says running with IT band syndrome will be painful, too. You’ll likely feel the discomfort within the first five minutes. “It can be frustrating because people will take a couple weeks off and then they’ll go back to running. In the first few minutes, that sharp, stabbing pain will return.”

If you have PFPS, Roberts says you’ll typically experience more migratory or diffused knee pain. “It might be more on the side, the inside corner of the knee, the top ridge of the kneecap, or even underneath the kneecap,” she says. “PFPS pain is a little more generic whereas IT band syndrome pain is very specific.”

If your runner’s knee is stemming from IT band syndrome, it’s likely because you’re running too much too soon, says Roberts. “Often people have the impression that running is easy, [and they] can just sort of lace their shoes up and go,” she says. “But our body, our joints, and our connective tissues are not necessarily up to that right away. They need about eight to 12 weeks to actually adapt and become stronger.”

Roberts says runner’s knee is typically experienced by new runners. However, she points out that folks who are coming back to the sport after a long break or injury can also suffer from the condition. Though less common, seasoned, regular runners aren’t immune to the painful issue, either.

“Runner’s knee can be associated with a change in training or something different that they’ve done,” she says. “If someone has been a runner for their whole life and they’ve been sticking to 50 km a week, you’re less likely to see runner’s knee. But, if they’ve tried a new pair of shoes, ran a race on a really hilly course, or they’re introducing some sprinting into their workout, then [it could happen].”

How do you treat runner’s knee?

If you’re dealing with IT band syndrome, Roberts says it’s usually linked to an imbalance between two main muscles. These are your gluteus maximus, the big bum muscle, and your TFL, (tensor fasciae latae), which is the main hip flexor muscle.

“What often happens is the hip flexor muscle—the TFL—becomes tight, and the glute max is often weaker,” Roberts says. “When the TFL is tighter than the weaker glute max, it will pull on the IT band and cause rubbing on the bottom of the outside of the knee. [To treat it], we do some stretching for the hip flexors, and some strengthening for the glutes.”

Roberts, who is a runner herself, says that she tells her patients that rest is key. If they don’t rest right away, IT band syndrome will take longer to heal. If the injury is treated properly, Roberts says it typically takes eight to 10 weeks to get better. “That’s usually rest for the first two weeks, and six to eight weeks of physio,” she says.

When it comes to PFPS, Roberts says the pain still tends to be linked to glute weakness. However, it is linked to a slightly different glute muscle: the gluteus medius, or the side bum muscle. “Often times, PFPS is as a result of some instability or weakness further up the chain, primarily that side bum and our deep core stabilizers,” she says. “So if we’re not strong through our center of the body, a lot of that movement trickles down and ends up being absorbed by the knee.”

PFPS takes a bit longer to heal than IT band syndrome, Roberts says, putting an average recovery at 10-12 weeks.

How can you prevent runner’s knee?

Like so many experts urge, make core work part of your fitness routine if you’re a runner. Roberts tells her patients to do a core and glute strengthening routine three to four times a week. It helps strengthen the muscles used for running, and in turn, reduces the chance of injury.

You can also prevent runner’s knee by changing your sneakers every 300 miles. Flatter soles can lead to injury, Roberts says. She also says wearing different pairs of running shoes on a regular basis helps. “I suggest rotating up to three pairs of shoes,” Roberts says. “By changing the shoes depending on how long you’re going [to run] or the style of your workout, you’re making your body use slightly different muscles.”

It can be tempting to want to push through an injury. However, it’s important to listen to your body and see a physiotherapist for your runner’s knee. You don’t want to aggravate the problem, or worse, do damage to your body. Running should be a feel-good activity, and when it’s not, it’s time to seek professional help.

To prevent any type of injury, it’s always best to stretch both before and after your Aaptiv workouts. 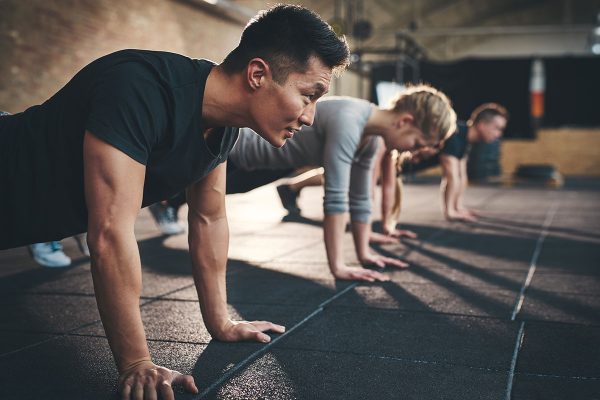 5 Ways to Get a Better Workout in Less Time 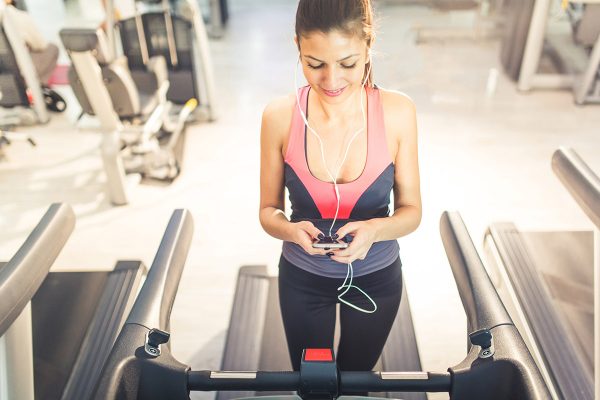 HIIT Running Workouts You Can Do Outside or on a Treadmill

5 Expert Tips for Pacing Yourself on Race Day

Stop yourself from huffing and puffing all the way to the finish line.