Why your assumptions about each could rob you of the best resistance training experience.

Two basic assumptions exist regarding free weights and weight machines. The former are purported to be full-body strength implements, testing your balance while opening you up to potential injuries.

Machines, although thought to be safer, don’t yield functional strength results. Both assumptions are dead wrong.

Each type benefits you in specific and complementary ways, so 2016 NSCA Personal Trainer of the Year Nick Tumminello is here to help us separate lifting fact from fiction.

Find out when to incorporate free weights and weight machines in your Aaptiv routine.

The Pros Of Free Weights

The well-known advantage of free weights is that they force you to not only lift the weight but also control it. “They allow you to dictate the movement itself,” says Tumminello, comparing the free movement of a dumbbell to a machine’s predetermined movement pattern. “Nothing is controlling the path of movement, so there’s a little extra stability component there.”

“If you see someone’s butt raising up off the seat as the arms extend on a curl machine, [it means their] back is swinging and something has gone wrong.” Curl with free weights in front of a mirror and you’ll notice when you’re throwing your shoulders into the motion (i.e., cheating).

The Cons Of Free Weights

Free weights fall flat when you consider the physics of each lift. “All free weights have points in the range of motion of a given exercise where the resistance is highest and lowest, based on a mechanical advantage or disadvantage,” Tumminello says. Gravity pulls the force vector, or line of resistance, straight down.

Here’s an example: Say you’re shrugging ten-pound dumbbells. Not too hard, right? Now curl them. A little harder, but not difficult. A front or lateral raise, however, is a different story. “Ten pounds is ten pounds, but if you’re holding the weight at your side, you’re not getting any tension in the deltoids,” Tumminello says. “When your arm is all the way up, the force going through the shoulders is a lot more than ten pounds.”

Think of your arm as a lever. The amount of force increases when you put it at the end of a longer lever. Therefore, the fact that the force vector is completely vertical means the tension on your muscles changes as you go through the movement. “In a bicep curl, whenever your forearm becomes 90 degrees, that’s the point of maximal tension—that’s the least mechanical advantage,” Tumminello says.

The Pros Of Machines

That force vector concept is why machines can be advantageous. They adjust the line of resistance so the force of the lift is more evenly distributed across the movement.“What machines offer that free weights do not is a more consistent force across muscle tissues through a longer part of the range of motion of an exercise,” Tumminello says.

The cam system on these machines—typically of the “select-a-rise” variety—means they can more closely match the body’s natural strength curve, or single out a portion of movement for a specific training stimulus. Either way, you’re getting more consistent resistance across the movement, and that’s good for your gains.

The Cons Of Machines

The immediate con for machines is that they’re big and expensive, which means your gym might not have the machine for every exercise. For example, “if I were opening up a private gym with limited space, I’m probably not going to get a Smith Machine,” Tumminello says.

And as he mentioned, Tumminello says machines can also provide the opportunity to cheat—not that you can’t cheat with free weights. You can use your whole body as a lever to move weight on a machine without falling over. Avoid this by setting a machine to your proportions before starting a lift. And remain conscious of muscle groups that should stay static.

How To Integrate Free Weight and Weight Machines

The order in which you do free weights and machine-based lifts depends on what you’re trying to accomplish. “In general, start off with free weights and finish with machines if you’re going to blend the two,” Tumminello says.

Machines don’t demand as much control or coordination, he says, and you don’t want to drop a weight on yourself when you get tired.

That said, there’s also an argument for using machines first. Machines offer more stability, which means you can put up more weight. “If you’re doing a standing cable row, you can lift way less weight than if you’re on a machine,” Tumminello says.

And don’t assume weight is relative because they’re different modalities. “The more points of stability you have, the more weight you can pull, which means the more overload you can execute.” Such overload is how you get stronger, and machines can help you ramp it up.

Aaptiv can help your strength training routine get to the next level. Check out the newest class releases this week! 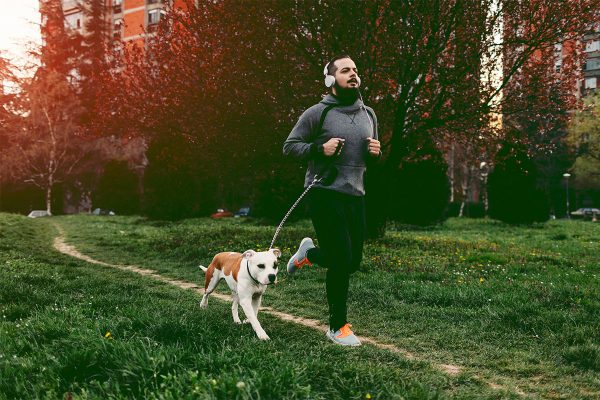 The Best Ways to Exercise With Your Dog

Your pet could be the key to a better workout. 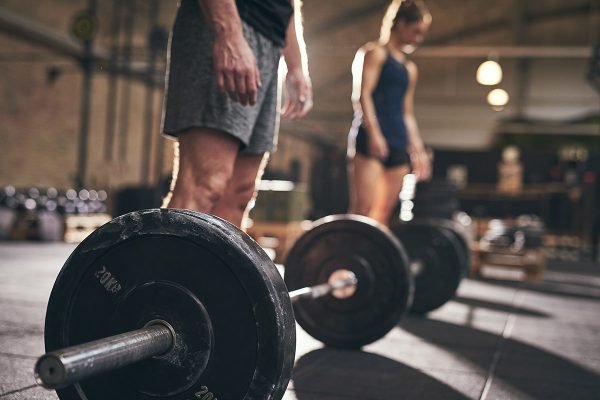 5 Benefits of Barbell Training for Any Fitness Level

Find out why everyone should include a barbell in their fitness routines. 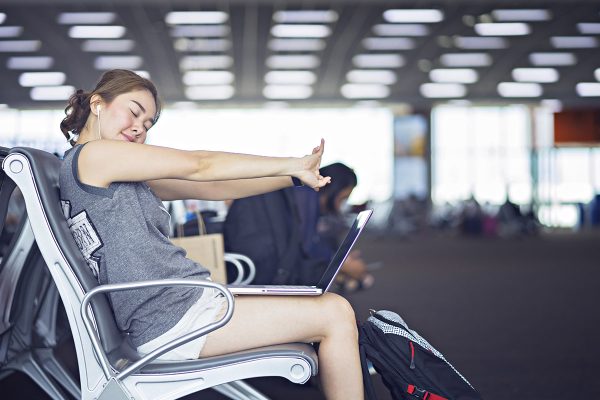 Loosen up your legs and shoulders with these stretches.