The low-down on this versatile piece of gym equipment, plus step-by-step instructions on five exercises to try.

If you’ve ever looked at your gym’s monstrous cable crossover machine and been too intimidated to take up the weight, you’re not alone. But you could be missing out on the strength and stability benefits of an entirely different exercise.

Nick Tumminello, recipient of the 2016 NSCA Personal Trainer of the Year award, is here to explain the uses and exercises for the former machine. Note: The single-arm movements work on the single adjustable column version, too.

The Benefits of the Cable Pulley Machine

In the realm of resistance training, cable pulley machines (this is another good option) have a couple of distinct benefits. “The nice thing that cables do, that free weights don’t offer, is allowing you to load your body diagonally and horizontally,” Tumminello says.

“Because, obviously, gravity (with free weights) is loading you vertically.” Exercise machines share this benefit over free weights.

Whereas exercise machines tend to stabilize the body and isolate the muscles of a specific lift, cable exercises are typically performed standing. This means that your lower body and abs are always involved.

“If you’re comparing something like a standing one-arm cable row to a one-arm machine row, where the chest is against a pad, there’s less core involvement [in the latter exercise] because of the pad,” Tumminello says.

Within one exercise, cables can engage different muscles than the comparative machine or free weight movement.

A 2007 study in the Journal of Strength and Conditioning Research compared the biomechanical limitations of the traditional bench press and the standing cable press.

Even though both are considered chest exercises, researchers found that the limiting factor in how much someone could press on cables was the person’s torso muscles, rather than their chest and shoulder muscles.

For athletes, like boxers, the coordination and stability benefits of cable exercises could be more beneficial than traditional resistance exercises, like the bench press, which don’t require you to be strong everywhere else.

For more resistance training workouts, check out our strength training section in the Aaptiv app.

Before you jump into a cable routine, realize that you might need to adapt your process (or use bands) if you’ve been focusing on high-intensity, low-rep exercises.

“I would say for exercises like this, you’re better off using a weight [that] you can do for eight reps or more,” Tumminello says. “There’s less chance of not being able to overcome a heavy weight and straining yourself.”

With that in mind, here are five of Tumminello’s favorite cable pulley machine exercises:

The key to positioning yourself for a cable pec fly is achieving a 45-degree force vector, or line of pull. You want the cables at a 45-degree angle relative to the torso.

“Adjust the pulleys so [that] they’re at shoulder height, and walk out in front of the machine [one-and-a-half] big steps,” Tumminello says.

To see if you’ve got the positioning right, set the weight as light as possible and pull the cables together. The goal is to have your wrists directly in front of your shoulders. Think of where you’d be at the top of a push-up.

The movement might aggravate your shoulder if you have poor mobility. So, start with a lower weight for the first set. Assume an athletic stance with one foot in front of the other. Bend your elbows slightly and pull the cables together.

This back-strengthening movement only requires one cable, which you’ll set to mid-torso height. Stand a few feet back from the cable.

“If you hold your cable in your right hand, stand with your right foot behind you, almost how you would walk,” Tumminello says. Firm up your core and pull the cable back, trying not to use the rest of your body to compensate.

“The benefit of a cable here is that if you use a row machine with a chest or back platform, you don’t have to use your torso to hold yourself up,” Tumminello says. “The cable makes it a more integrated type of activity.”

The standing single-arm press is similar to the cable row. You just press rather than pull the cable toward you.

This time, you’re facing away from the cable column, with your cable-holding arm cocked back and your entire body leaning forward over your toes. Engage the core and punch the arm forward in front of your shoulder.

“If you’re more interested in athletics—baseball, golf, boxing, those rotational movements that demand the hips and torso and shoulder all work together—doing the standing one-arm cable press demands a tremendous amount of torso strength to maintain the position,” Tumminello says.

These exercises work well with the cable rope attachment, which should be nearby. When facing the rope, start with your elbows at a 90-degree angle.

Keep your arms close to your side, and push the rope down. Flare your wrists outward at the bottom of the movement to maximize tricep engagement.

For overhead tricep extensions, assume a position similar to the standing single arm cable row. Start with your elbows in line with your forehead and push forward in front of your head.

This movement owes its name to the diagonal movement of a lumberjack chopping wood. So, imagine the axe is the cable and you’re nearly there.

“You can pull the cable across your body from low-right to high-left, or you can set it up high and pull from high-right to low-left,” Tumminello says.

The twisting motion should engage the torso and rotate the hips; Tumminello likens it to the way you’d swing a golf club or baseball bat. The hips continue swinging to finish out the movement. “Take a wider stance like you’re riding a horse,” Tumminello says. “Whether you’re pulling high or low, gradually shift the weight away from the origin of the movement.”

Grab the cable with both hands and keep your arms mostly straight, while pulling the weight across your body.

For more moves to strengthen your body, our trainers will walk you through specific strength training workouts. Be sure to check out our strength programs available now on our Aaptiv workout app! 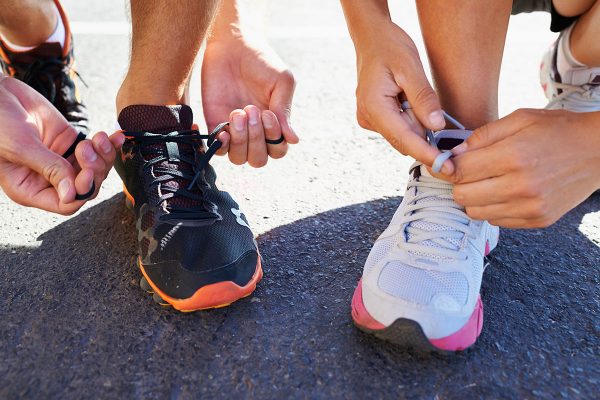 How to Find the Best Running Shoes for You

The definitive guide to finding kicks that keep up with your stride. 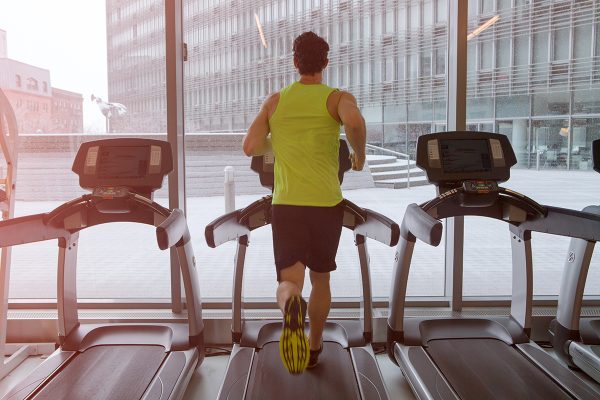 What does pace mean on a treadmill? We've got that covered. 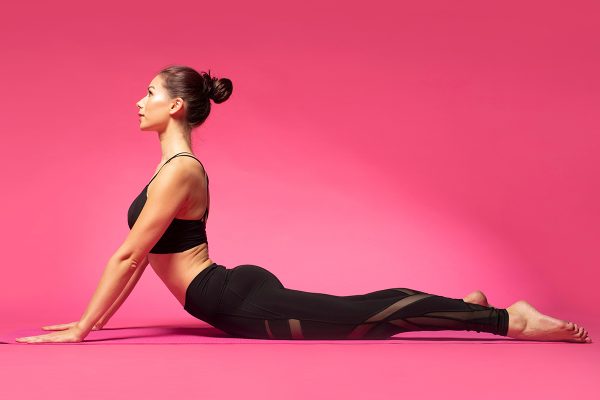