Does Bulking and Cutting Actually Work?

The popular cyclical dieting method that is quite difficult in practice.

Bulking and cutting is a dietary strategy originally devised by bodybuilders in preparation for competition. But it sounds like what many of us subconsciously do on a seasonal basis.

We eat big and train big to compensate throughout the wintertime. Then we attempt to shed the pounds by the time beach season arrives.

Aaptiv has strength training and cardio workouts in the app. Check out the newest classes from our top trainers today.

If you put on muscle and fat simultaneously, the theory goes, that you can drop the fat to expose prodigious cuts and Instagram-worthy flexes (don’t act like you won’t).

To find out whether bulking and cutting is realistic for non-bodybuilders, we enlisted the help of two people who have done it.

Fred Duncan, a personal trainer in Williamsville, New York, who tried bulking and cutting while he was on the bodybuilding circuit.

And Oskar Faarkrog, a Bangkok, Thailand-based personal trainer who found success with his own bulking and cutting program.

The Case Against Bulking and Cutting

He prefers this to being 50 pounds heavier. Here are his top reasons to steer clear of bulking and cutting.

The diet was never meant for regular people.

“A lot of it started because it was noted that in the off-season bodybuilders would tend to be a little heavier, and compete a lot leaner,” Duncan says.

“But, it kind of turned into people using bulking as an excuse to eat like crap and put on massive amounts of weight.”

When a bodybuilder begins a bulk, he or she is starting from a point of high muscle mass and low body fat.

This isn’t often the case for the average bulking and cutting interloper. Plus, as Duncan notes, bodybuilders may be taking “extracurricular” substances that improve their ability to gain muscle and metabolize the extra calories, instead of storing them as fat. So don’t compare yourself to them.

Increases in body fat are associated with increases in estrogen levels, according to the Endocrine Society.

That’s no good for your gains. “Estrogen is the last thing you want to increase if you’re trying to put on muscle tissue,” Duncan says.

“At the end of the day, whatever is left over is going to be stored as fat.” As estrogen levels increase, fat begets more fat, and you risk a vicious cycle of pure fat gain.

The whole principle of the bulk is to stay in an anabolic state and therefore expedite muscle growth. But, according to Duncan, that’s not possible without the help of steroids.

“You can only gain so much muscle tissue at a time,” he says. “A newbie lifter can gain one to one and a half pounds of muscle per month. The longer you lift, the smaller that number gets.”

The body adapts to the resistance stimulus, Duncan says. The experienced lifter might only gain three and a half pounds in a year.

Anyone who’s ever deliberately maintained a caloric deficit can tell you that being hungry sucks. However, your evolutionary response to constant hunger isn’t ideal for anabolism, either.

“The number one goal of the human body is survival. When you start a diet, the body increases the release of the hormone ghrelin,” Duncan says.

Also known as the “hunger hormone,” ghrelin stimulates your appetite. This means that you’ll only get hungrier the further you get into a cut.

The Case For Bulking And Cutting

Training energy increases during a bulk.

“When you eat right during your bulk, you can train hard pretty much every day,” Faarkrog says.

He noticed a significant increase in his ability to lift heavy during the bulking cycles. This helps maximize the muscle mass he stands to gain.

However, Faarkrog notes that it’s important that bulking calories come from nutritious sources in order to sustain quick recovery periods between efforts.

It forces you to keep your diet on point.

Faarkrog emphasizes that his short-cycle program works for him because he’s perpetually aware of his macronutrient intake.

“You don’t have to eat perfectly clean. However a good rule of thumb is that roughly 70-80 percent of your calories during bulking must be from high-quality, nutritious foods,” he says.

And to overcome the ghrelin release during the cut, Faarkrog recommends high-satiety foods, such as boiled potatoes, in order to avoid overeating.

By preparing his meals in advance, he stays within the caloric confines of repetitious bulks and cuts.

Although their takes on bulking and cutting differ, Faarkrog and Duncan share the same basic rules of increasing muscle mass, while staying reasonably lean.

Here’s how you can achieve the goal of bulking and cutting without going to drastic measures.

Faarkrog starts his mini-bulks from a place where he can see a visible ab outline, he says. Duncan relies on body fat percentage to regulate muscle gain.

“The blanket recommendation is to stay about ten pounds away from where you always want to be,” Duncan says.

“Maybe 12-percent body fat is the upper echelon of where (men) want to hang out. Then you won’t have as difficult of a time trying to cut down to eight or nine percent.”

Adjust your eating for periods of anabolism and catabolism.

Gaining muscle while losing fat is difficult, Duncan says, so it’s key to make the most out of your anabolic times.

“Whenever you eat, anabolism is increased and lifting provides an anabolic stimulus,” Duncan says.

“You also need to be smart on days when you’re going to be catabolic.” Think of this like a weekly version of Faarkrog’s short-cycle bulking and cutting.

If you lift four days a week, get plenty of calories (especially protein) on those days. Reduce the calories a bit on days when you’re not lifting, in order to lean out.

Get plenty of protein either way.

“It needs to stay consistent as you progress in training.” Get one gram of gram of protein per one pound of body weight every day to supplement a progressive overload resistance training program and achieve sustainable lean gains.

Aaptiv has strength training programs to help you build more muscle.  Check them out in app today. 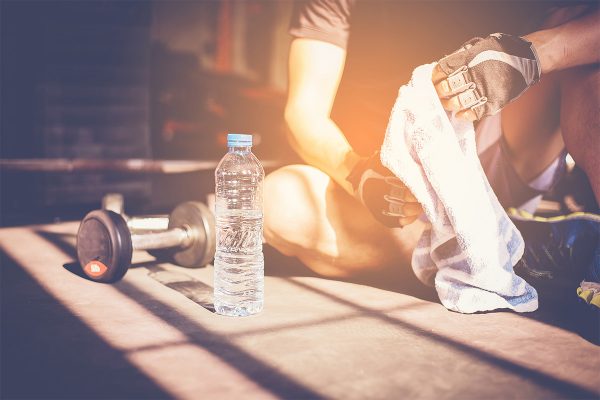 Top Fitness Mistakes Men Make—and How to Correct Them

If you’re putting time and energy into your gym sessions but not achieving desired results, these fitness mistakes may be to blame. 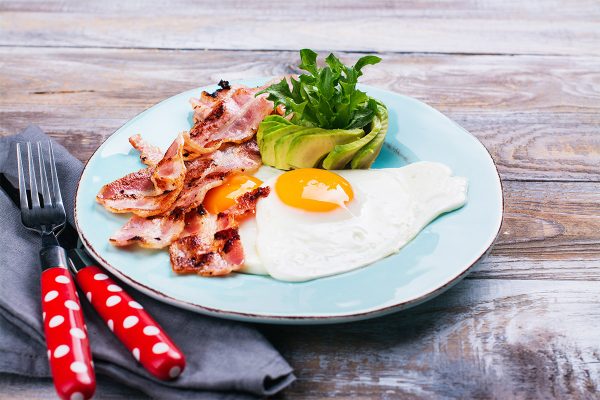 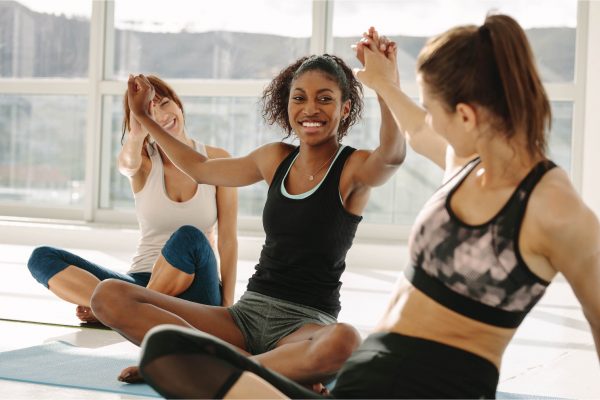 These common culprits might be preventing you from committing to your exercise routine.