What is the “Pain Cave”—and Why Do Runners Love It?

How to manage when you hit that wall.

We (and likely you) love a good run. Be it in the gym, on the trail, or during a race, running helps us achieve goals and feel great. Well, until it doesn’t. There’s a point in every challenging run where pushing forward feels just about impossible. This is called the pain cave, and it can actually be the most helpful way of gauging progress. With the help of two trainers who are both well acquainted with this place, we’re laying out what the pain cave is, why we experience it, and how to push through it.

Aaptiv can help you push through the pain cave. With our trainers in your ear, you’ll push yourself further than you thought possible.

What Is the Pain Cave?

Personal Trainer and Running Instructor Meghan Takacs put it best: “The pain cave is such a horribly special place.” While this may come off frightening, don’t let it deter you from a challenging run. “It’s the place you go to right when you hit ‘the wall’ when you’re running. Your body feels incapable, everything is cemented to the ground, and mentally, almost every inch of you wants to quit,” Takacs says. Triathlete and Aaptiv Master Trainer Rochelle Moncourtois agrees, calling it, “The point during an event or training at which you’re ready to ‘lose it.’ It’s when your fatigue sets in physically, emotionally, and mentally.”

Yikes! But, again, this can be the most helpful way of gauging your running progress and abilities. Not to mention, it’s entirely possible to beat. Both trainers describe this feeling as what makes or breaks you. It’s at this point in your run that you can allow the pain to keep you from finishing or you can decidedly push through to the other side. “You see, pain is just a signal from your brain telling your body to stop,” Takacs says. “Once you are mentally able to intercept that signal, control your body, and get through the wall, your personal best is on the other side.”

That being said, there are both pros and cons to the pain cave that can manifest both physically and mentally. Takacs makes a point to note that, if you can look at it as an opportunity and not a sign of weakness, the positives will follow. First, she says, “This is when you leave [the] weak you behind and uncover a new layer of athleticism.” While this part of your run is undoubtedly the hardest, it may also be the best running you’ve done yet. By pushing through the pain cave, you’re reaching new heights and achieving large goals. You’re going past typical performance and uncovering a physical strength you possibly didn’t know you had.

Likewise, working through the pain cave is a testament to your mental strength. Moncourtois notes that this is where you are able to “show your mental toughness, and not just through your physical performance.” She goes on to say, “If you can overcome the pain cave, you’ll get this sense of triumph and success. This is why a lot of runners and triathletes will keep repeating and racing endurance events.”

Exercise is a great complement to boosting mental strength and mental health. Try it yourself today with Aaptiv.

Takacs agrees, adding, “This is an opportunity to grow as a person and as an athlete. Whenever I get to this place, 99 percent of the time, I don’t think about fighting through it with my body—I think about fighting through it with my mind.” She suggests looking at the pain cave as a rose growing out of concrete, displaying how strong you are. “And, once you raise this baseline,” she adds, “it never goes back down.”

When all else fails and you don’t find either of these pros convincing, consider this: It can’t get much worse.

As with most things, the pain cave has its cons. They may be far outweighed by the pros, but they exist. The most obvious in this case is that, as Takacs explains, “It sucks and it feels really awful.” Talk about relatable—pain is right in the moniker, after all. The truth is, when you reach this part of your run, you’re going to feel it. There’s no way around it, only through it. This leads to another potential con, which is being more at risk of injury.

Takacs advises knowing when to push through the mental pain and when to know that you have a serious injury (which, of course, you shouldn’t push through). If you’re in the moment, you may be determined to beat the odds and finish your training or race, but if there’s even a slight chance that what you’re feeling is harmful physical pain, stop immediately.

It can affect your confidence.

The pain cave can negatively alter your confidence and mental state, as well. “It can literally break you down if you let it,” warns Moncourtois. “It can give you a sense of false hope in completing your training or race. It’s the ‘I can’t do this’ or ‘Why did I even think I could complete this?’ kind of feeling. If you let the pain cave take over, it [can] escalate to giving up and losing confidence.” Quitting your workout or stopping mid-run because of the pain cave isn’t reason for you to get down on yourself or give up entirely. After all, it’s an incredibly difficult thing to get through. If you end up stopping for this reason, take it as motivation to keep going next time.

The pain cave can be difficult to overcome, but one great way to reset your mental state is with meditation. Check out Aaptiv’s meditation category.

Likewise, your mental state can take a negative turn while you’re still in the pain cave. “Things are a slippery slope here, mentally. Make sure [that] you don’t start spiraling down the hill of anxiety,” Takacs adds.

If you do sense your anxiety growing, feel free to take it down a notch or stop entirely. Your goals will always be there, but you won’t be able to surpass them if you put yourself in danger in the process.

How to Dominate It

If you don’t overcome the pain cave with flying colors the first time, you’re not alone. “Dominating the pain cave for most athletes takes practice,” Moncourtois says. “You can experience this during training for an event as well, not just [during] an actual race. This is when you learn how to overcome your mental toughness and understand that you can physically achieve your goal.” Both Takacs and Moncourtois agree that pushing through this wall is purely mental. If you’ve reached the point of the pain cave during a run, you have it in you to keep doing what you’re doing. The only thing that stands between you and the other side of it is your mental state.

You have much to gain if you’re able to take control of this and power through. “Know that there is brilliant clarity in breaking out of the pain cave. All you have to do is do it once to truly rise above and do it again,” Takacs says. “In a marathon, breaking through the wall means you have trained your body to keep going despite wanting to stop. That’s what marathon running is about. Dominating the pain cave is all about having a clear thought process focused on not being defined by the pain, but instead, being the one who controls the pain,” she says.

“You have to ‘dig deep’ and use something from your life as motivation,” Moncourtois adds. “As long as you have a reason for why you’re out there running, you can beat it.”

Why Runners Keep Coming Back For More

To those who don’t work out, it might be baffling why some would continue to put themselves in such painful situations. But it’s all about mental toughness and pride. “When we hurt during a race, everything around you becomes an obstacle to overcome,” Moncourtois explains. “This is when your competitive side will kick in. You either push forward or give up. Most athletes won’t even consider giving up so their only choice is to move forward and overcome this pain.”

Have you ever felt like quitting, only to hear a trainer start counting down from ten? Suddenly, there’s no choice but to finish. That’s the mindset we’re talking about—and it’s always worth it. “When you push past that pain cave, you get the sense that you can achieve anything. This is how I felt after I finished the 140.6 miles during the Ironman race,” says Montcourtois.

The raise in self-esteem and noticeable improvement is nothing to scoff at either. “It’s a place you never forget breaking out of,” says Takacs. “That high lasts for a long, long time. Runners like it because it raises your bar. Paces and distances you previously found brutal become manageable. That’s measurable progress, and who doesn’t like that?”

Ready to take on the pain cave for yourself? Click here. 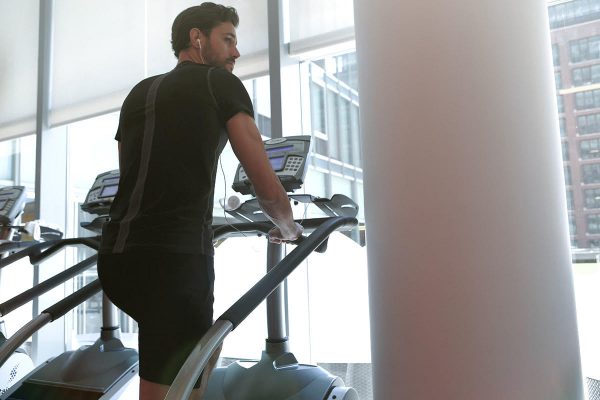 We love the stair climber for its toning effects, but that’s not all the machine has to offer. 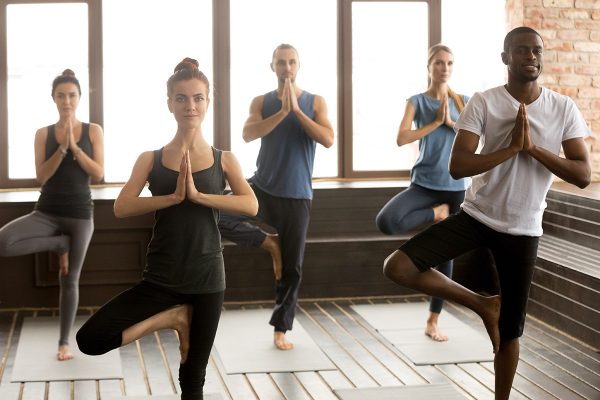 Proprioception: What You Need to Know to Boost Performance

Learn more about where your body is in space for better form. 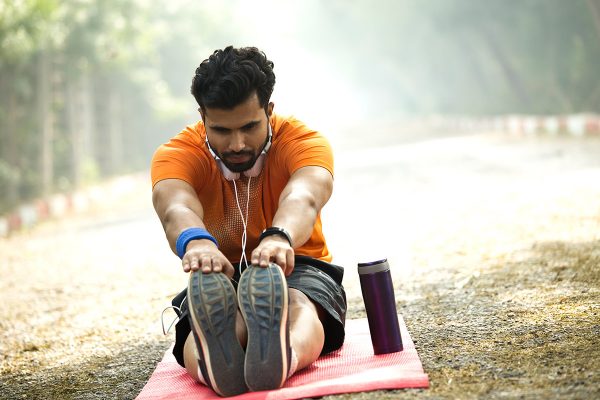 Easy Ways to Modify Yoga With a Knee Injury

Experts weigh in on various modifications you can make to support injuries big and small.