Should I Use Over-the-Counter NSAIDs for Muscle Soreness?

They're staples behind our bathroom mirrors, but are NSAIDs, such as ibuprofen, the healthiest option for pain relief?

What are the chances that you’ve got a bottle of ibuprofen handy? If you’re like most of the active community, we’re guessing it’s almost a guarantee.

Ibuprofen are a go-to for many of us, especially when faced with dreaded DOMs (delayed onset muscle soreness) following a tough workout. Aaptiv has stretching workouts that can help with DOMs.

But it turns out NSAIDs and muscle soreness may not be the most effective combination for relief. In fact, it may even be counterproductive.

There are conflicting opinions surrounding the use of NSAIDs, aka non-steroidal anti-inflammatory drugs, so we decided to investigate.

Here’s your one-stop guide to pain relief and the over-the-counter medicine behind your bathroom mirror.

What do NSAIDs do?

NSAIDS, like ibuprofen and naproxen sodium, are over-the-counter anti-inflammatory medications. They work by preventing the body from creating prostaglandins. These lipid compounds play a role in bodily processes, such as inflammation, blood flow, and protection of the stomach lining.

So, NSAIDs do assist in alleviating pain and inflammation, but not without affecting other common body functions in the process.

Should I use NSAIDs for muscle soreness?

“It makes very little sense, in my opinion, to take a medicine that carries multiple potential risks and adverse effects, when in fact the very purpose for its use may not even be supported,” says Clifford Stark, DO, the Medical Director at Sports Medicine at Chelsea. “Attempting to block inflammation may also block the much needed increased blood flow to tissues that are being injured during the endurance activity.”

So, there’s some evidence that they might even be hindering some of your body’s healing process.

What are some of those risks and side effects?

As with any medication, NSAIDs come with their share of sometimes unwelcome side effects. In this case, those mostly affect the muscles and healing, as well as the gut.

Regularity and timing both come into play, too. Consistent use, even in low doses, amplifies the effects on your stomach. Taking these medicines before a workout may put more stress on your body, especially your tummy.

When you take NSAIDs before your workout, you’re also at a higher risk for hyponatremia (low sodium levels). “In my opinion the risk of hyponatremia is still relatively low in most cases,” says Dr. Stark. “[But,] hyponatremia can be extremely serious when it occurs.”

Don’t pour all those pills in the trash just yet. Taking NSAIDs once in awhile isn’t really something to worry about. If it’s just a few here and there to help alleviate light pain or to get you through a painful couple of days (ladies, catch our drift), that’s totally fine. Just stay aware of the possible side effects and always follow the recommended dosage.

Is there an alternative?

There are plenty of ways to alleviate muscle soreness that may be better for you body. Dr. Stark offers some helpful suggestions:

Remember, it’s perfectly safe to use ibuprofen or another NSAID for minor pain or soreness from time to time.

But if the over the counter medicine is a staple in your pain relief regime, consider trying other methods of relieving inflammation.

Yoga has also been shown to help in muscle soreness. Download the Aaptiv app today to take a class.

*NOTE: Always consult with your primary care physician before starting any new medication or altering your current medication plan.* 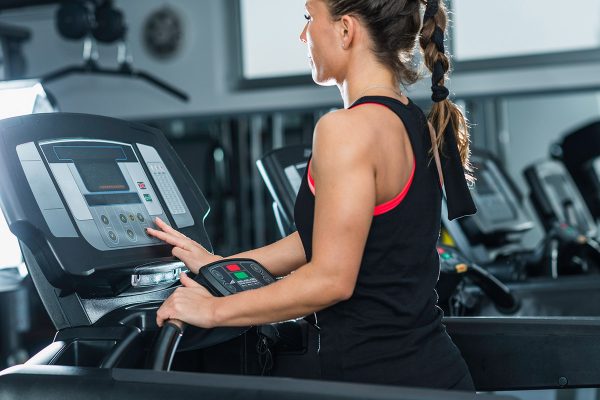 Here’s How to Target Your Glutes on Each Cardio Machine

No weights. No excuses. 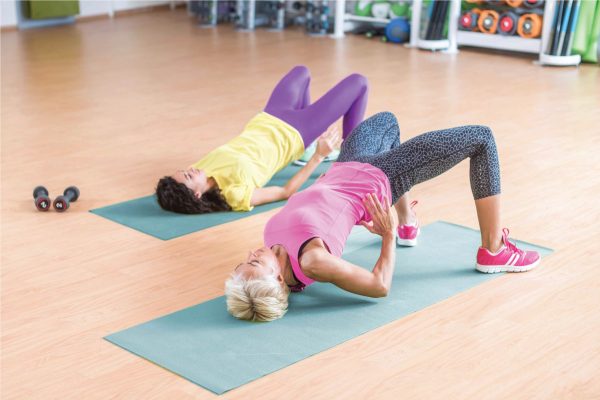 Just because you have bad knees doesn’t mean you can’t work that booty.