What Exactly Are Liquid Aminos and Are They Healthy?

There are actually two different types.

You may have seen liquid aminos popping up in grocery stores everywhere. But you may not know exactly what they are and what their benefits may be.

Some people believe that they’re a healthier alternative to soy sauce. Others use them to up their intake of protein.

They’re a great addition to a healthy lifestyle. Check out Aaptiv for more info.

Here, experts explain exactly what liquid aminos are and how they may, or may not, benefit you.

What are liquid aminos?

They’re exactly what they sound like: liquid amino acids (these have the best taste). “They’re derived from protein and water, and [those are] the only ingredients,” says Kaleigh McMordie, MCN, RDN, LD. It’s important to note that there are two types of liquid amino acids. One is soy-based and the other is coconut based, known as coconut aminos.

“Basically liquid aminos have 17 amino acid compounds within them, whether it’s the soybean or the coconut variety,” says Melissa Eboli, certified nutritional chef and wellness counselor. “Those are pretty much high-end proteins. If somebody were eating a vegan or a vegetarian diet, they can incorporate liquid aminos into their routine to get those essential amino acids that they may be lacking in because they’re not eating meat.” According to Eboli, both forms of liquid aminos contain all or almost all of the essential amino acids.

What are liquid aminos used for?

They are most often used as alternatives to soy or tamari sauce. Both types are unfermented and, therefore, gluten-free. However, they can also be used as a supplement to other protein intakes, according to Eboli. For example, you can use them to marinate tofu or chicken to round out the intake of your protein profiles.

What foods do liquid aminos go best with?

The healthiness of liquid aminos ultimately depends on how you use them in your diet. For example, they can be a healthy alternative to soy sauce.

They’re lower in sodium than regular soy sauce (and sometimes even lower than low-sodium soy sauce). That said, aminos are still a far cry from low-sodium foods. But for those looking to cut back on sodium, coconut aminos (we love this one) would be the best option.

Another major health factor is that both liquid and coconut aminos are MSG-free. Monosodium glutamate (MSG) is derived from the sodium salt of glutamate, an amino acid found in protein-rich foods.

It’s often used in food products to make them more flavorful. However, according to Eboli, consuming MSG can have some troubling side effects. “Most people instantly have a reaction when ingesting MSG. Common short-term side effects include sweating, nausea, rashes, and increased heartbeat. Some negative long-term effects of ingesting MSG include diabetes, high blood pressure, and thyroid issues to name a few,” she says. So, the fact that both types of aminos are MSG-free comes as a huge benefit.

When it comes to nutritional breakdown, liquid aminos and coconut aminos are quite similar. Eboli compared the labels of Bragg Liquid Aminos and Coconut Secret (coconut aminos). The serving size for the Bragg’s product is half a teaspoon, containing 0 calories, 160 milligrams of sodium, and 310 milligrams of protein. The serving size for the Coconut Secret, on the other hand, is a full teaspoon, containing 5 calories, 90 milligrams of sodium, 1 gram of sugar, and 0 grams of protein.

“The reason it’s likely listed as 0 percent protein is that it may not have enough in it to say it’s enough of a percent per Daily Value based on a 2000 calorie diet, which is what most labels are standardized on,” says Eboli. “It doesn’t mean there are no amino acids in it, as the company states having 17 amino acids. But my guess is it’s just a lower cumulative amount than the Bragg.”

Eboli explains that it’s less about one is healthier than the other and more about personal preference. “If somebody’s trying to get a little bit of extra protein by incorporating aminos and they’re not worried about ingesting soy, then it would be okay to incorporate the liquid aminos,” says Eboli, pointing to Bragg version as a healthy option. “On the flip side, if you’re trying to avoid soy but still wanted to get some of those amino acids through a non-soy alternative, then the coconut aminos would be the way to go.”

Though liquid aminos work as a delicious substitute for soy sauce, both experts recommend getting protein from whole food sources. “If you’re on a plant-based diet, things like beans, lentils, and whole grains are all good sources of protein for a vegan or a vegetarian,” says McMordie. “If you’re really concerned about protein, I would recommend a vegan protein powder over something like liquid aminos, which, again, don’t provide that much protein.”

Also, be sure to check the nutrition labels and, as always, speak to your healthcare provider about any dietary lifestyle changes you may be considering making.

Have you seen the newest workouts added to the Aaptiv app? Check them out today! 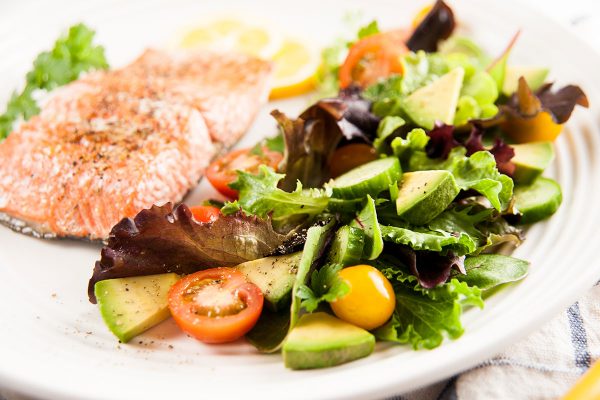 Dash Diet 101: What to Eat for the Heart-Healthy Benefits

Avoiding salt and unhealthy fats is the basis of this hypertension-preventing diet. 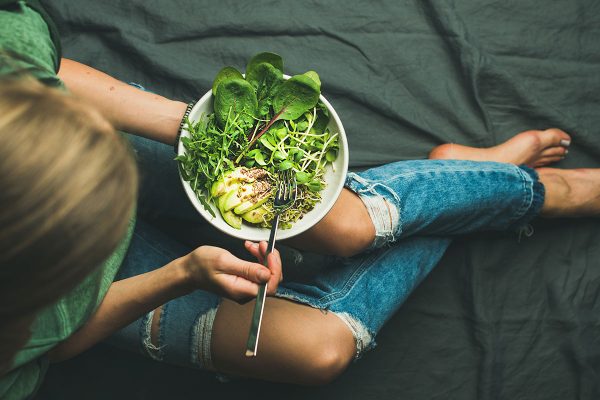 5 Mistakes to Avoid When Starting a Vegan Diet

Avoid getting stuck in a rut when transitioning to a plant-based diet. 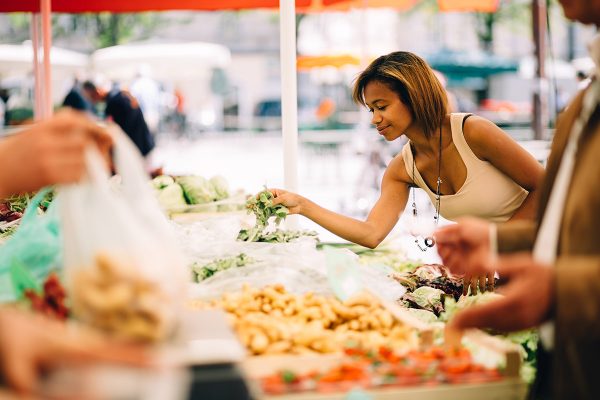 Here’s Your Beginner’s Guide to the Keto Diet

Here’s what you should know before starting this challenging diet.