George Foreman III on How to Live like a Fighter

"Boxing is bigger than just performing the sport."

Boxing and the Foreman name go hand in hand. When your dad is two-time world heavyweight champion and Olympic gold medalist George Foreman, you’re likely bound for boxing greatness. As fate would have it, George Foreman III, fell right in line with destiny, closing out an undefeated professional boxing record of his own in 2012. It makes sense. The champ’s second son was essentially born directly into the family business.

For Foreman III that meant managing his own dad’s career for years before the roles reversed and Foreman started training his son. With his own boxing career still underway, Foreman III, started looking for more ways to expand into the boxing business and share the art and technique he learned from years in the gym with his dad. In 2013, he opened EverybodyFights in South Boston, taking a page out of his dad’s entrepreneurial handbook.

EverybodyFights, which has since expanded to New York City, Chicago, and Kentucky, teaches a unique program that combines the old-school training methods used by Foreman III and his father with more modern high-intensity training elements. The goal? To bring the ultimate boxing training experience to the masses.

Here at Aaptiv, we can relate to making effective, quality workouts accessible for all. So, we’ve partnered with EverybodyFights to bring Aaptiv members an exclusive four-week, cross-training program guided by their trainers, including Foreman III himself. We sat down with the EverybodyFights founder to talk all things boxing. Here, he shares what it was like training with the champ, how to live like a fighter, and what he wishes more people knew about the sport.

Despite your dad’s incredible success as a boxer, he didn’t want his kids to follow that same route—not right away at least. Why is that?

“My dad was always the guy inside the ring and not the guy outside the ring. He didn’t know any other paths. He dropped out of high school and started amateur boxing. He was lucky enough to be successful—he won a gold medal and became a champion and all of that. Then, he retired, blew all his money by 36, and didn’t have any other craft or trade to make money. So, he went back to boxing because he didn’t have a choice. He went back to boxing to feed his family. My dad always said he would never have done that if he had a college education. He would have worked a salaried job and that would have been enough to do what he needed to do.

You were managing your dad’s career before he was training you. What was it like making that transition?

“It was an awkward switch. For about 5-6 years, I was the person in charge of him. I told him where he needed to be and what he needed to do. I made his life so easy that all he ever had to do was show up and speak or show up and film a commercial. Then, it flipped and he was in charge. Now, he was working to make my life easier so all I had to do was worry about training—that’s what a good manager does. So, it was definitely strange at first.”

“He was really hard on me as a trainer. Physically, it was one of the hardest experiences in my life. I taught myself all the basics: how to jab, right hand, left hook. What my dad did was more than that. Before he would even train me, he said ‘You’re going to run ten miles in boots. When you’ve done that, call me.’”

Now, I never ran over maybe four or five miles so I kept avoiding this run. One day, he asked me if I had done my ten miles yet and I said no. So, we went to a shoe store and he bought me size 13 boots (I’m a size 14). He said, ‘We’re going to do this today.’ And I ran ten miles. I didn’t walk once. I still have scars on both my feet and my heels from that run because my feet were so cut up and bloody. He said I had to do that. Before he was willing to train me he needed to know what was inside. He wanted to see what kind of grit I had.”

So there was a heavy focus on mental toughness.

When did your career as a boxer take a turn into teaching others how to box?

“We had a huge public gym that my family owned and we had closed the boxing portion of the gym. My dad insisted that if he was training me, I had to train other people so we could reopen the boxing part of the gym. I didn’t want to do that but I’m not going to tell him no. So, I just started from scratch. Pretty soon, I became obsessed with teaching. I would teach from about 1 or 2 p.m. all the way until 4:30 p.m. Then my dad would come in and train me until 6:30 p.m., and then I would train more people until we closed around 8:30 p.m. I spent twice the amount of hours teaching other people boxing than I did myself. When I was training, I couldn’t wait for it to be over. When I was training other people, I had to be dragged out of the gym. So, it was a clear fit.”

So, that led you to found EverybodyFights.

“I felt like this is what I need to be doing. I can’t really explain that part. I was in Boston and I went to see all these boxing gyms. There was one sort of gritty gym without any amenities and they were charging a certain price. So, I thought what if I charge the same price but offer high-end amenities? That was the beginning. I wanted to create a gym that a real boxer would use.

By the way, if you’re making any money boxing, you’re not driving a Toyota, you’re driving a Rolls Royce—that’s just how boxers are. So, this gym had to be the juxtaposition of the high-end luxury of living like a champion and the grit of training like a fighter. I was also planning on continuing to fight at the time. So, selfishly, I needed a gym that I could train in. If I couldn’t do that then it wasn’t real. We ended up with a luxury gym with gritty workouts—a real boxer’s training camp. That’s how it all came together.”

What are some of the core values of your EverybodyFights team?

“Safety is king. It has to be safe in our gyms and during our workouts. We also want every member to walk away feeling accomplished and like a well-rounded athlete. Both of those things are going to make people feel good about their workouts and themselves. We run a tight ship. We’re polite and we’re motivating.”

What made you want to partner with Aaptiv?

As you know, the sport comes with its fair share of controversial opinions. What do you wish people outside of boxing knew about the sport?

“I think it’s easy to think boxers are one way, but they’re not. For any fighter to be successful, he or she has to be dedicated. Boxers are some of the most dedicated and well-conditioned athletes on the planet. They’re also some of the most generous and genuine people. A lot of negativity around the sport and the negative connotations about it aren’t perpetuated by the boxers, but by the business. The fighters just want to fight. They want to make a little bit of money and go home. That’s all.”

Beyond technique, what do you think boxing really teaches trainees?

“We talk a lot about training like a boxer and living like a fighter. Living like a fighter is about walking with a certain type of pride, a very humble pride. When you lose a boxing match, as long as you gave it your all, you can walk out of there with pride. Fighters don’t always win everything. But they keep their head up, chest up, and eyes forward. Boxing is also inherently motivating—you always want to throw one more punch. It makes you more willing to take chances in the real world. It makes you more vulnerable in your relationships with your family and even at work with your boss and coworkers. 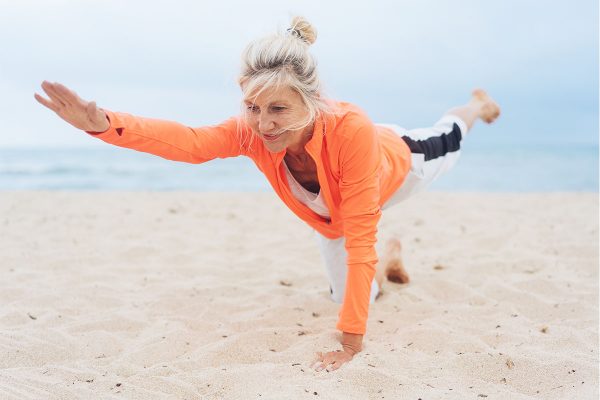 How to Improve Your Balance and Bone Health

National Osteoporosis Foundation Ambassador Carol Clements shares her expert tips on how to improve bone health, regardless of your age. 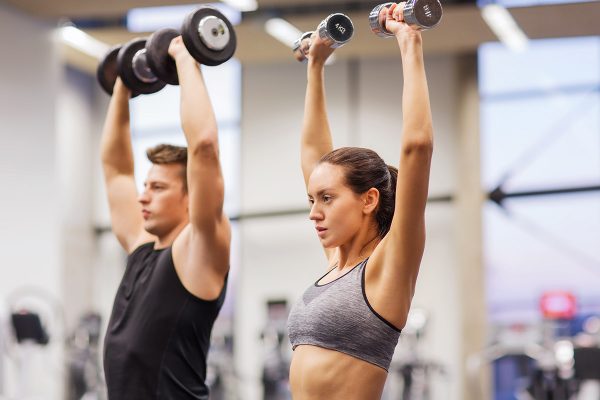 Make sure that you’re building strength safely and effectively.