Fitness Around the World: Sri Lanka

The wonder of Asia is a nature lover’s paradise.

Long stretches of sandy beaches, year-round surfable waves, smooth lake waters for paddle boarding, and endless beautiful mountain treks are waiting around every corner in Sri Lanka. Visiting travelers indulge in fitness activities in this lush jungle paradise, but surprisingly many locals simply do not. We met with native Sri Lankans to find out what fitness means to them and how they stay healthy thousands of miles away from our boutique-fitness-obsessed culture.

That is, according to Sri Lankan blogger Nathan Mahendra, one-half of Nat n Zin. He explains that this could be due to a lack of free or low-cost opportunities to exercise. “There aren’t many places to have a walk without noise, smoke, and humidity. There are very few green places which are available to the public. It’s sad considering the amount of people here. There should be more places available for people to enjoy walking.”

Mahendra’s partner, Zinara Rathnayake adds that, “most Sri Lankans absolutely don’t have an idea about fitness and definitely don’t follow any sort of exercise routine. If you take a sample of 150 people from any particular vicinity in Sri Lanka the majority have a belly and are not that fit. It’s mostly health issues like diabetes, excessive weight-gain, increasing rates of cholesterol, etc, which drives them to [take up] physical activities,” shares Mahendra.

We asked Mahendra how the average Sri Lankan stays fit. He jokingly replied they do so by, “…eating cheese kotthu, and enjoying their rice and curry. Most prefer going for walks.” Rathnayake expands saying, “Many people commute to Colombo from outstations. They spend about two to four hours on commuting to work every day. The general public doesn’t have enough time to engage in a fitness routine. And, like Nathan mentioned, our food contains a lot of fat, and Sri Lankans eat a lot. We eat a lot more than what we actually need and it has resulted in many health-related problems.”

Esanka Peiris is Sri Lankan surf instructor at Siam View Hotel in Arugam Bay. He shared a similar insight into Sri Lankan fitness norms, “There aren’t really any fitness trends across Sri Lanka. Most people really do nothing at all, they don’t exercise, they don’t run. But they do eat.”

The fitness fanatics who do exist, hit the gym.

The exception to the shunning of fitness in Sri Lanka is the capital city of Colombo. Here there is a growing fitness fad. “In Colombo, you can now see people going the gym, seeking professional guidance to stay fit, and following a diet to maintain or lose weight. Healthy eating, vegetarian, and vegan diets have become a trend, but again, only in Colombo,” says Rathnayake.

Gyms are popping up around the city with cardio machines and weights like you’d see in the States. The well-equipped gyms also offer sessions with personal trainers. Hotels in the bustling city also offer public memberships for their gym facilities, primarily to target expats. “To be honest, the general public isn’t financially sound enough to take part in the gym craze,” says Rathnayake.

Yoga hails from nearby India but the practice only recently became popular in Sri Lanka. Rathnayake told us, “Yoga is the biggest trend now in Sri Lanka due to the growing expat community and tourism industry.” Gyms have begun to offer yoga classes as well as aerobics, zumba, kickboxing, and more. Peiris has noticed that most of his friends join gyms and attend group classes with enthusiasm but after a week it fades and they’re back to their normal, unhealthy routines.

Running clubs, cycling groups, and other activities have yet to gain popularity but are predicted to be the next step in the developing exercise movement in Sri Lanka. Surprisingly, boot camps have a long-standing popularity, but primarily for school kids. Rathnayake was a senior guide in her school days and took part in several government organized boot camps that typically involved outdoor activities like hiking.

“It’s become a trend for Millennials to go to the gym, be vegan, vegetarian, or follow a healthy diet. It’s hard to say whether they follow such activities to stay fit or try and fit into their peer groups. This is only visible in Colombo,” says Rathnayake. Tabloids and social media have a rapidly expanding presence in Sri Lanka and young adults are feeling the pressure to live up to the Western ideal body image.

Many Sri Lankan gym websites feature fit caucasian people, not locals. Mahendra explains, “They just copy the Westerners without embracing their identities. They need to be prouder of the Sri Lankan culture and endorse Sri Lankan athletes on their websites. Well, to be honest, not even Sri Lankan athletes like international cricketers are that fit. The ads are geared to the high-end profile customers living in Sri Lanka. Hence they target accordingly with white models. What’s the point of copying Westerners and losing your own identity?”

We asked Mahendra if he keeps up with a daily exercise routine. “It depends,” he said, “I do push-ups on weekdays and take a break on the weekends.” The couple also often shares memorable moments on Instagram from the epic hikes they take in Sri Lanka’s tea country and many mountain ranges. On the other hand, Peiris surfs or jogs on the beach at dawn each morning to maintain his physique.

Older generations only exercise only for health.

Other than Millennials, Sri Lankans don’t care much about their physique—as long as they’re healthy. Mahendra informed us that Sri Lankans have a high rate of diabetes. “We have a high population of disease that are related to unhealthy habits and diets full of carbs and sugar—high cholesterol and diabetes are seen as a normal part of aging. Maybe once someone has been diagnosed they’ll start going for longer walks, but only because it’s the doctor’s orders,” says Peiris.

Along with physical health, walking can also be great for mental health. Try a walking meditation on Aaptiv today.

Villagers rely on an active lifestyle.

Rathnayake tells us, “In rural areas people consider agricultural activities like farming, crop cultivation, gardening, and so on, to be physical activity.” She adds that walking is the most accessible form of physical fitness, although it may just be from the home to the workplace. These communities consider housework, walking to and from public transit, and the occasional traditional Sri Lankan dance session to be acceptable ways to break a sweat.

Unlike in Colombo, this lack of physical activity applies to Millennials in Sri Lanka’s outstations. “Youth in these areas are busy taking part in their education, extra curricular activities, and household work. Kids from rural areas engage in sports such as cricket, and volleyball. These activities may help them stay fit but they don’t view it as a method to stay fit, rather a method of recreation and entertainment,” said Rathnayake.

Almost all Sri Lankan boys play on a cricket or rugby team when they’re children but don’t stick with it as they grow older. Most don’t play a team sport for fitness, but rather for a recreation and entertainment said Rathnayake.

Vimal Perera is a former rugby player, President of the Sri Lankan Society of Rugby Football Referees and the Asian Society of Referees, as well as a World Rugby Certified Educator of Match Officials. He spoke about his rugby passion with Aaptiv sharing impressive facts about the sports long-standing history.

“Rugby has been played in SL for over 100 years. The first rugby game was played 1880, the sport was introduced to schools later in 1891. The first national match was played in 1907,” said Perera. Sri Lanka actually has the longest running organized rugby club in Asia which started in 1879, only eight years after the founding of the UK’s first rugby union.

“There is a lot of passion in school boys who play rugby aged between ages 12 -20. There is also some adult community rugby and a ladies team. They’ve been playing for over ten years though the main rugby clubs do not have ladies team,” said Perera.

Sri Lanka is an island, but hardly anyone can swim.

Sri Lanka is a tropical island, so you’d expect that locals would find an exercise haven along the shore but that’s not the case. “It might be a surprise for some that not many Lankans can swim,” says Rathnayake.

“I grew up in a fishing village and would say that over 80 percent of the fisherman can’t swim. Actually, my father is one of the only fishermen in the village who can! But he learned simply for survival, you know, in case something bad happened at sea. He definitely does not swim for exercise.” He goes on to says that “even people from the coast who live by the sea don’t know how to swim. You can see locals standing in shallow waters at most beaches around Sri Lanka, about ankle deep. None of them go any further because they can’t swim!”

Sri Lanka’s biggest database of information on all things local health and fitness, Workout.lk, only has around 5,000 followers on Facebook. There is a lack of education about the health benefits of an active lifestyle. (Hello, endorphins!) Hopefully in the years to come, fun, free workouts will become a more common occurrence across the nation. 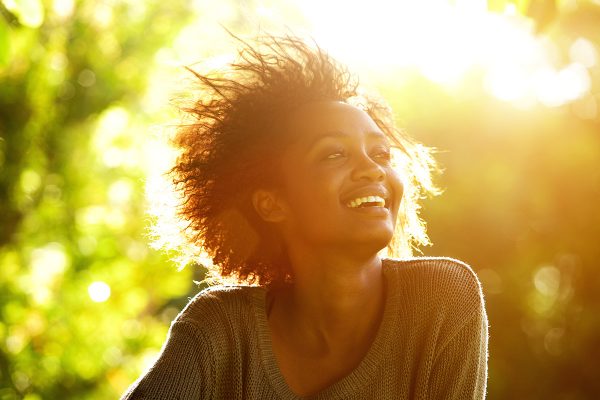 How to Stop Overthinking Before It Turns Negative

When you just can’t stop thinking about something, here’s what to know. 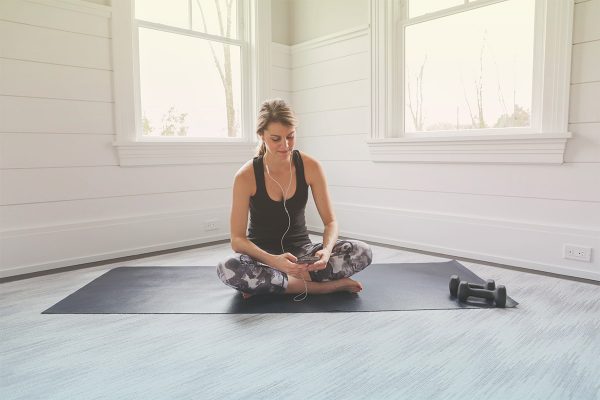 Diastasis Recti: What It Is and How to Prevent It

Worried about Diastasis Recti? We spoke with experts to help you prevent and treat it. 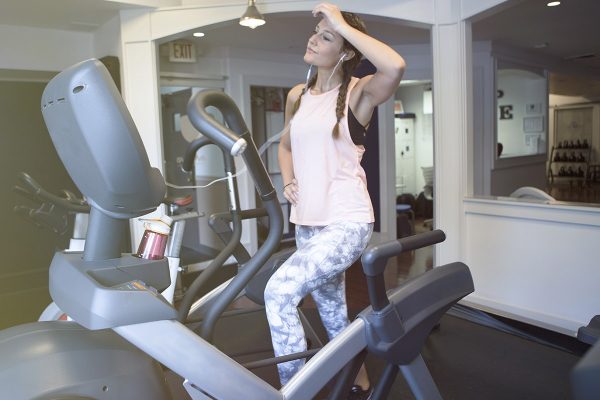 Overexercising: What It Means and How to Know When to Stop

Yes, it's different than burnout.