Want to boost your mental performance, keep your brain active, and reduce your risk of dementia? Start working out.

You already know that exercising helps you build strong muscles, maintain a healthy weight, and ward off disease. But research suggests that working out also improves memory, boosts thinking skills, and encourages brain cells to grow as we age. Any form of exercise will do, particularly anything that involves focused movement or requires learning new skills. Physical activity also tends to improve mood, sleep habits, and stress levels—all of which can cause, or lead to, cognitive impairment later on in life. Here’s what experts have to say about how exercise can improve memory.

Worried about fitting a workout into your already busy schedule? Aaptiv has classes as short as 10 minutes.

It preserves your ability to think, reason, and remember.

“Regular aerobic exercise may increase the size of the hippocampus—the part of the brain [that is] responsible for learning and verbal memory,” explains Dr. Vernon Williams, sports neurologist and director of The Center for Sports Neurology and Pain Medicine at Kerlan-Jobe Orthopaedic Clinic in Los Angeles. “And, these benefits aren’t for senior citizens alone. In short, exercise can change the brain for the better, and by doing so, [it] can help to protect thinking skills and memory in anybody.”

Dr. Lee Know, a licensed naturopathic physician and author, says that physical activity creates an increased demand for energy, which fuels your brain. Working out is crucial if you’re interested in keeping to your ability to remember a phone number, think abstractly, or plan for a future event. “Exercise is one of the only things definitively proven to boost, or at least maintain, long-term cognitive health, and reduce the risk of dementia, like Alzheimer’s,” says Dr. Know.

The research backs it up. A 2011 study indicates that exercise is highly effective at helping your brain store long-term memories, as well as remember people, places, and things. In other findings, workouts with balance and coordination aspects directly impact brain structure for the better. And regular strength training sessions can improve task performance. In another study, exercising four hours after learning something new proved to help with information retention.

“I’ve seen first-hand the incredible benefits that even the slightest amount of regimented exercise can have,” says Dr. Williams. “Although medications can play an important role in pain and disease management, they have their limitations. Generally speaking, any type of exercise that is good for your heart is also good for your brain. But, some exercises that have the greatest impact on both tend to focus on coordination, rhythm, and strategy.”

He cites dancing as one example. This supports a 2013 study in Frontiers in Aging Science where one hour of dance per week for six months bolstered cognitive wellbeing for elderly participants. A different study from that year in the Journal of Aging Research focused on a group of women who performed better on all cognitive tests after six months of either endurance or weight training. In 2014, a Pediatrics study argued that physical activity improved brain health and function for more than 200 school-aged children. And in 2015, the Journal of Science and Medicine in Sport researchers discovered that kids could benefit from better attention spans when lessons alternated with 20-minute sessions of aerobics.

Why does this happen? Because exercise, generally speaking, also bulks up your brain. It can increase levels of a protein called BDNF, brain-derived neurotrophic factor, which coaxes the creation of new brain cells.

So what are you waiting for? Boost your mental performance today with Aaptiv.

It reduces your risk of developing diseases like dementia or Alzheimer’s.

Some researchers estimate more than 100 million people worldwide will be diagnosed with dementia by the year 2050, Dr. Williams says. But he views the benefits of exercise as an example of hope. Dr. Morton Tavel, clinical professor emeritus of medicine at Indiana University School of Medicine, agrees. He again notes how much research exists that indicates that exercise can lower the risk of the development of memory-loss diseases.

Dr. Tavel says that in 2013, a preventative medicine clinic studied midlife fitness levels for almost 20,000 adults, as well as the subsequent development of dementia in advanced age. Those with high fitness levels were 36 percent less likely to develop dementia. “Why the brain responds so favorably to exercise is uncertain, but at least one previous study that used brain imaging showed that brain shrinkage, normally found in aging, could be retarded by regular exercise, a finding that raises intriguing possibilities,” notes Dr. Tavel.

It keeps your brain engaged and active.

“Physical exercise alone has not yet been proven 100 percent to increase our memory skills, even though we are closer to more data on that,” states Dr. Joe Bates, a psychiatrist and pediatrician who leads the Tyler VA Clinic in Texas. “However, what has been proven is this: Kind-to-the-body, healthy, balanced exercise improves the ability we have to make better choices in life, as it also increases feel-good hormones and serotonin levels. Why would a hormone help us with an improved memory? Because it allows us to feel more confident, emotionally stable, and to want to engage with life. Trying new things and keeping our brains challenged increases our memory-ability. We’re constantly asking the brain to build new neural connections. And, with new brain power, comes a better memory,” he adds.

Start by maintaining a regular workout routine well before you’re at risk for age-related memory loss; this will help protect your brain. And give yourself permission to continually switch things up on the exercise front. Cardio will keep your brain sharp, but activities such as yoga will improve focus and concentration. It doesn’t necessarily matter what you choose, just that you’re doing it. Aim for moderate-intensity physical activity for at least thirty minutes, three times a week. This will help prevent any thinking impairment and goes hand-in-hand with current recommendations, says Taval.

“While exercise can have an extremely positive effect on the brain in terms of mood, memory, performance, and pain management, it is still important to talk to your doctor before beginning a new exercise routine,” advises Dr. Williams. “There is no sense in starting off strong only to sideline your efforts with injury. With a deliberate plan in place and clearance from your doctor, you’ll be reaping the brain-boosting rewards in no time.”

Now that you know how exercise can boost memory, don’t wait, get started on a fitness routine today with Aaptiv. 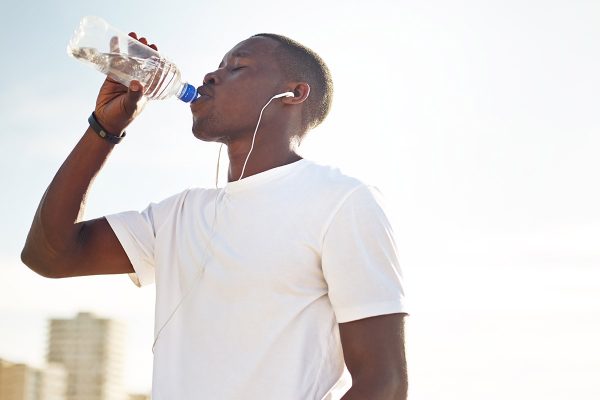 Adopting these habits can help you stay hydrated. 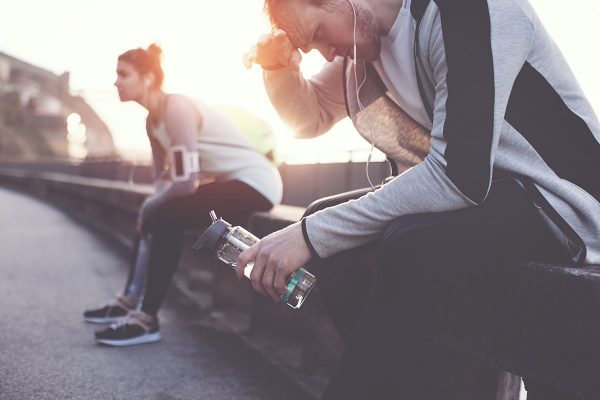 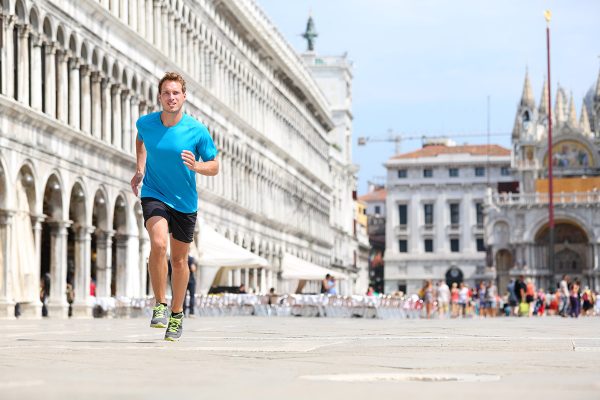 How Travel May Affect Your Workouts—and What to Do

You don’t have to miss your daily sweat with these smart solutions.