Diastasis Recti: What It Is and How to Prevent It

Worried about Diastasis Recti? We spoke with experts to help you prevent and treat it.

For many women, “getting their abs back” after baby is a common fitness goal. However, doing too much too quickly can cause harm to your core. It can even lead to a condition called diastasis recti that results in (among other things) “mummy tummy,” or the appearance of still looking pregnant.

Luckily, there are simple, safe ab workouts that can rebuild core strength without causing diastasis recti in the first place.

We talked to two experts to give you a quick guide on diastasis recti.

Read on to find out what it is, how to avoid it, and what to do if you’ve got it. Also read up on how to slowly get your abdominal strength back over time after birth.

Diastasis Recti: What It Is

“Diastasis recti occurs when the most superficial layer of the abdominal muscles, the rectus abdominis, separates, leaving a gap in between the muscles,” explains Solange Ross, a licensed Physical Therapist who specializes in pregnancy and pelvic floor rehabilitation and owns Complete Core.

While some separation is completely normal for both men and women, in pregnancy, it occurs in women who experience repeated stretching. “It is commonly defined as a gap of roughly 2.7 cm or greater between the two sides of the rectus abdominis,” says Sandi Hoover, BSN, RYT500 and owner of Roots Prenatal Yoga.

Our new maternity fitness workouts are here! Check them out.

“There is an increased demand on a woman’s body due to normal pregnancy weight gain, increased curves of the spine and changes in center of mass. This alters the relationship between the pelvis and the ribcage and makes it more challenging for the core muscles to work in good alignment,” says Ross. “Diastasis recti is a sign that pressure is not being managed properly in the core, and can be further exacerbated by heavy lifting, incorrect breathing, and injury during birth.”

To a degree, your abs are supposed to separate during pregnancy to make space for your uterus and growing baby. But, Hoover says the eventual goal is to coax the abs back into position after baby arrives.

Other factors that make some women more susceptible to developing diastasis recti include: being over the age of 35, having a larger baby in terms of weight, pregnancy with multiples, and multiple pregnancies over time.

Signs and Symptoms of Diastasis Recti

Diastasis recti typically feels like a deep “hole” in the abdomen around your belly button area. You may also notice lack of strength in your abs that used to allow you to move easily from one position to another.

“When you get up from a reclined position, or sit up from lying down, or even lift weights, you may see your belly protruding in a cone shape or some bubbling in the upper abdomen,” said Ross. “In some cases, the belly can feel hard, like during pregnancy, since the deeper muscles aren’t working to provide support and the outermost layer is working overtime.”

Hoover tells women to do a self-check or ask someone to check on their behalf. “To do a self-check, lay on your back with your arms at your sides. Lift your head slightly to engage your abs. Place an arm under your head to support, and then start at your belly button to check 2 inches above and below. You’re looking for depth and width; 1-2 finger separation is normal, so for anything more than that, you’ll want to seek professional assistance.”

Instead of doing traditional ab exercises from your back during pregnancy, Ross recommends focusing on pelvic mobility exercises such as pelvic tilts, pelvic circles, and bridges. When paired with correct breathing, these build a better relationship between your abdominals and your pelvic floor muscles. Or, try full body, functional movements such as squats, lunges, and bending with correct breathing. Be sure to incorporate hip opening exercises as well, so your core can find a good balance between strength and flexibility.

“The safest form of abdominal work in pregnancy is to engage the core without providing extra stress,” says Hoover. “If a woman is choosing to use weights to exercise, I would recommend a light amount (5-10 lb dumbbells). Less is more.”

Also, remember to adjust your goals. If your pre-baby self did ab workouts to look good in a swimsuit or carve out a six-pack, then consider rebuilding core strength for improved mobility and pelvic floor health. Give yourself plenty of time to approach core strength after delivery, as it generally takes several months to heal for most women and much longer for those experiencing diastasis recti.

Core Exercises to Avoid If You Have Diastasis Recti

If you have diastasis recti, steer clear of ab work that requires you to hold certain positions for a long time, especially against gravity. “Plank can put a strain on the abdominal wall, which is already weakened from the diastasis,” said Ross. “If you want to do planks, pass through them versus a static hold.  Avoid positions that create any excessive stretch on the abdomen. I also encourage my clients to avoid deep back extensions and excessive twisting.”

In addition to plank pose, traditional crunches can increase the symptoms of diastasis recti. Hoover suggests avoiding exercises that push the ab muscles out rather than pull them in.

“I advise my yoga mamas to avoid sit-ups and not perform crunches after the first trimester,” says Hoover. “As baby and a woman’s uterus grow (particularly after 31+ weeks), I invite students to release knees onto the floor or yoga mat when working with plank positions. Or, go to the wall instead of the ground for push-ups, to avoid straining one’s low back from gravity pulling the weight of the belly downward.”

How Soon Is Too Soon for Ab Work Post-Baby?

Always consult a doctor before beginning any exercise routine post pregnancy. Ross recommends a basic abdominal progression at six weeks post delivery. An example of a basic abdominal progression: Work in hook lying position to start, with a bent knee lift, leg slide, or bent knee fall out. Progress to a table top position if there is no pushing out of the abdominal muscles. Ross also recommends focusing on pelvic floor and deep core activation to restore alignment and protect your core. As a whole, regular movements to care for your baby—like how you bend to pick your baby up or carry your baby around—will help you strengthen your core, mid-back, and hips over time with the proper form.

“You can start to work your core muscles after the baby arrives by practicing diaphragmatic breathing. Feel the lengthening of your muscles with each inhale and gentle support with the exhale. Work on your body positioning in daily movements to restore the relationship between your pelvis and ribcage,” says Ross. “Watch the way you stand, bend, sit, and move to make adjustments throughout the day.”

“The sooner the better, but less is more,” asserts Hoover. “Getting strong from the inside out is always the best course of action. Avoid overdoing it, and focus on building stability in your core before adding weights or extending the time you exercise.”

Many women want to know how long it will take to heal issues with diastasis recti. The short answer: it depends.

“During the postpartum period, it becomes a cosmetic issue for many women as they begin to get back into exercise and lose the weight from pregnancy. They may notice they still have a belly,” notes Ross. “It also affects daily function. The separation creates weakness that can be felt during daily activities such as getting up and down from a chair, in and out of bed, and caring for a newborn. If left untreated, long term effects can include lower back pain, incontinence, and pelvic organ prolapse.”

Hoover says diastasis recti can also cause back aches or pain during sexual activity. It also makes the midline more vulnerable to injury and hernia. “Diastasis recti can be a short or long term problem, depending on the severity of separation and what the individual chooses to do to remedy it,” said Hoover. “Any separation of the abdominal muscles will typically lessen within the first eight weeks after childbirth. But, the connective tissue remains stretched for many postpartum women. The weakening of the abdominal muscles may make it difficult to lift objects. Additional complications can manifest in weakened pelvic alignment and altered posture.”

Ross points out healing time varies based on the individual, and requires daily effort. “You need to re-educate your deep core muscles and integrate them into daily function. Addressing body mechanics, positioning and using breathing strategies during activities with baby is key. It is also important to make sure you’re not too aggressive with any exercises you choose to do. Don’t compete with the work to heal.”

Hoover adds, “It is never too late to build strength in your core, and it starts with the pelvic floor. My youngest is three-and-a-half-years-old now, and she was almost 13 pounds at birth. I’m still learning how my body changed during pregnancy. I’m learning how many of the little things I can do. Adjusting my posture and breath awareness and using a foam roller, can help me connect more with my core.”

If you think you may have diastasis recti seek help. Get a proper evaluation by a women’s health physical therapist, yoga teacher, or personal trainer who specializes in this condition.

In the meantime, if you’re looking for our new maternity workout programs, here they are! 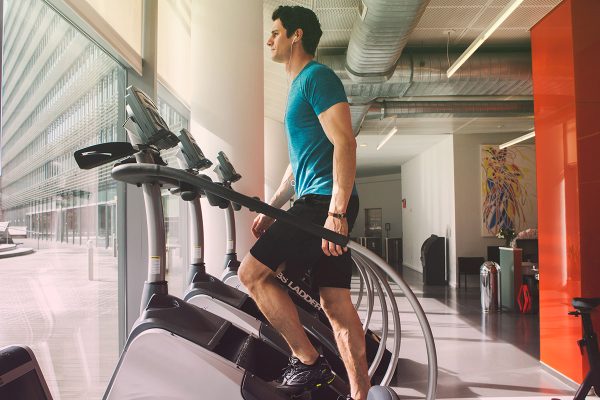 Which Cardio Workouts Are Best for Losing Weight

Can cardio really give you an edge when it comes to losing weight? 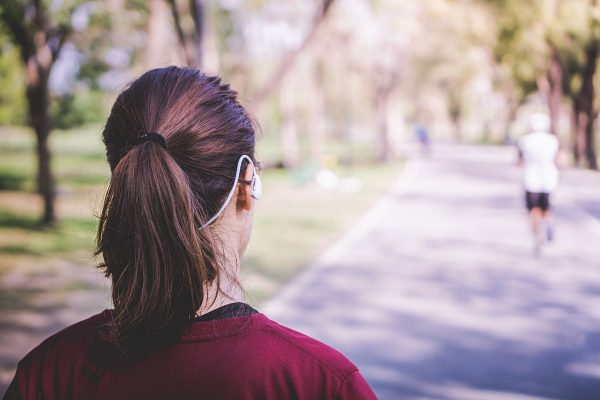 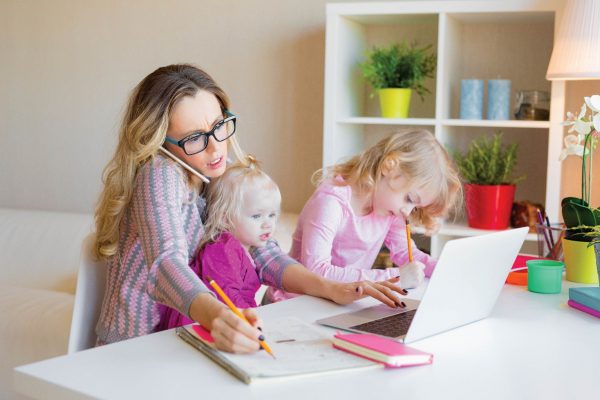 What Your Reaction to Stress Says About You

Understanding how you respond to stressful situations may be the key to learning how to cope with them.