Can My Diet Impact My Seasonal Allergies?

Here’s what you need to know to protect yourself from allergies this spring.

If you find yourself sniffling more than usual this spring, you’re most likely to blame it on seasonal allergies. After all, it’s easy to blame all that pollen in the air. According to experts, most of the time you should. “Each spring, in most areas of the U.S., tree pollen kicks in first followed by, and overlapping with, grass pollen by mid to late spring,” explains Clifford Bassett, M.D., founder of Allergy and Asthma Care of New York and FLONASE spokesperson. “Next, during the summer, weeds, including the notorious ragweed (both giant and short versions), proliferate into the eyes and noses of seasonal sufferers.”

But, being exposed to pollen and weeds in the air isn’t the only way you can be affected by allergies. In fact, there is a condition called pollen-food allergy syndrome or oral allergy syndrome, that is due to a cross-reactivity between tree pollen and fresh fruits! So, if you are one of those people who gets an itchy mouth from apples, peaches, and cherries, it could be a sign that you have a birch pollen allergy (one of the most common tree pollens), warns Tania Elliott, M.D., allergist and chief medical officer of EHE. “This is because the protein in these fruits looks just like the allergenic protein in tree pollen. To your mouth, eating the fruit feels just like eating a leaf of a tree you are allergic to! The result—really itchy mouth, lips, and back of the throat.”

There is some evidence that certain ways of eating, like the Mediterranean diet, can be beneficial for some allergic conditions. “Several European researchers have reported such a diet was possibly protective in children with asthma and/or wheezing,” explains Dr. Bassett. “Theories include a likely role of diets rich in antioxidants and phytonutrients, that may help bolster our immune system and decrease inflammation in the body (the jury is still out, at this point).”

So, what are some things you should know about the connection between the foods you eat and the allergies that plague you? Here, allergists share what they know about the impact of diet on allergies with Aaptiv.

Recently there has been much interest in wheat allergies and wheat sensitivity. “Right now, we only know about celiac disease. However, we now understand that wheat can create inflammation in our gut, often called leaky gut,” says Amy Shah, M.D., allergist and medical expert for Genexa. “I usually ask patients if they haven’t done so already to do a one-month trial off of wheat containing products to see if it helps their allergies.”

If you’re already suffering from allergies, the worst type of food you can feed yourself is anything doused in sugar. “Sugar raises inflammatory markers in the body, which also worsen symptoms of allergies,” explains Dr. Shah. For this reason, she tells her patients to cut out soda and candy. “If they’ve done that already, I advise them to cut their sugar intake to 25g to 50g of sugar.”

Cow’s milk dairy is another food area that Dr. Shah recommends her patients avoid for at least one month to see if it’s worsening their allergies. Or if it’s exacerbating any of their inflammatory symptoms. “Milk protein, or casein, increases mucus production in many people,” she says. “It then acts as an immune system irritant when allergies are present.”

Some people swear by raw honey improving seasonal allergies, but Dr. Elliott warns against it. “The theory is that bees carry pollen with them, and raw honey contains trace amounts of the pollen. When exposed to it over time, [it] helps the immune system become tolerant to the pollen, similar to the way allergy shots work,” she explains. “The catch: the plants that bees pollinate typically are not the allergy-causing ones.” Her advice is to stick to what your doctor recommends instead of trying the latest and greatest.

You’ve probably already heard about the number of health problems that can result from a diet high in artificial ingredients and preservatives. You should also know that they might make your seasonal allergies far worse. “Food flavors, preservatives, dyes, [and] fragrances can cause allergy-like symptoms on their own. They can also lead to increased symptoms when allergies are present,” notes Dr. Shah. “Some common allergen inducing ones in food include MSG, nitrates, and yellow dye number five.”

Along with paying attention to your diet, exercise may also help you boost immunity. Get started with a regular fitness routine with Aaptiv.

8 Major Reasons to Cut Down or Stop Eating Sugar

Here’s some incentive to help you put down that second or third cookie. 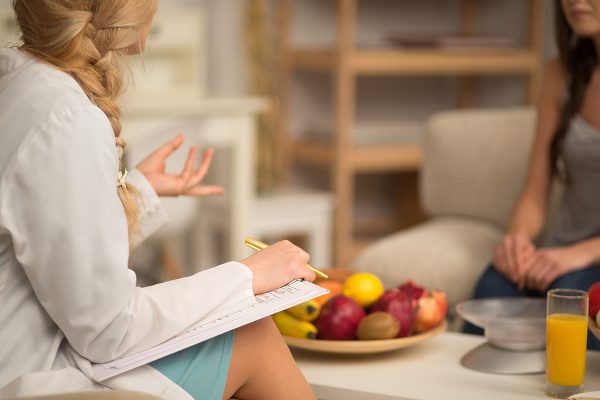 The Pros and Cons of Hiring a Nutritionist or Dietitian

Here’s everything you need to know about hiring a nutritionist or dietitian to help with your diet. 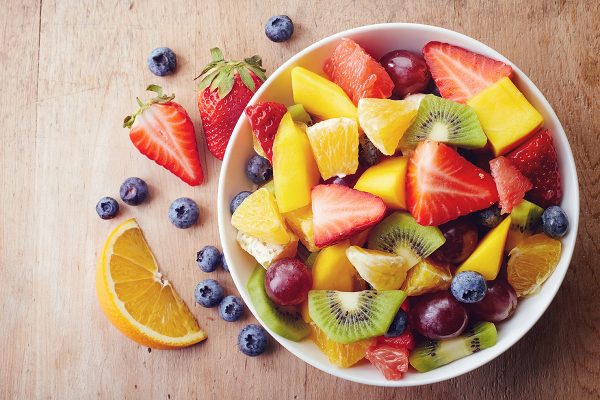 Here’s Everything You Need to Know About Fruit Sugar

We're clearing up the confusion around fruit sugar once and for all.