Why Don’t I Sweat?

Do you stay dry when others are drenched in sweat? Seems like a dream scenario but are there drawbacks to not sweating?

We all have a friend who never seems to break a sweat. As in, completely dry while the rest of us avoid wearing colorful clothing and discreetly wipe our brows at every turn. Maybe you are that friend? While other gym-goers have that glow—a blurry badge of fitness honor—you’ve barely got a drop above your brow.

Not dealing with perspiration might be nice at first, but if you find yourself unable to sweat you may be at risk of overheating or fainting. In fact, not being able to sweat could lead to major discomfort and potential danger.

Why do I need to sweat?

Here are the facts. You were born with between two to four million sweat glands. They aid your body in cooling down and regulating your temperature. Not only that, they’re a necessary evil in relieving muscles of excess heat. They also put salt back into your bloodstream. Two types of sweat glands carry out these duties—eccrine and apocrine. Eccrine glands perspire directly onto the skin surface. Their job is to cool that surface, expel electrolytes, lower body temperature, and maintain the skin’s acid mantle (which prevents bacteria from colonizing).

Apocrine glands are found mostly in the armpit. Unlike eccrine glands, they don’t expel sweat topically, but into hair follicles. The liquid secreted includes nutrients that are broken down by bacteria (making for that lovely odor). All in all, both types of glands are paramount to keeping your body safe.

Why am I not sweating?

“Decreased sweating, or “hypohidrosis” has many possible causes. While excessive sweating (“hyperhidrosis”) is generally benign and more of a social [and] convenience issue, hypohidrosis can have some serious repercussions, such as hyperthermia, stroke, and even death.”

When asked about what causes hypohidrosis, Stark answered, “Causes can be very widespread, such as autonomic disturbances, autoimmune disorders, various medications, surgeries, tumors, nerve injuries, genetic disorders, to name only a few. That said, many individuals tend to sweat more or less than others, and where they sweat most also varies. The degree to which an individual lacks the ability to sweat can influence how much their exercise is affected, and the risks involved.”

Decreased sweating, or hypohidrosis can have some serious repercussions, such as hyperthermia, stroke, and even death.

Eager for more explanation? We were, too. Keep reading for a breakdown of possible reasons why you aren’t beading at the forehead or perspiring at the pits.

The most common reason for lack of sweating is dehydration. Lack of hydration before or after a workout means your body will be severely lacking in fluids. Since sweat largely consists of water, not having enough of it throughout your system means you won’t have enough to sweat out. In turn, this makes it tough for you to cool off and recover. Challenging workouts aside, just being outside in intense heat can get you damp, and not restoring the water content in your body can be hazardous.

It’s long been thought that men, having fewer sweat glands than women, have more active glands that produce more moisture. Thus, the notion that men sweat more than women.

Something of a hot topic, researchers have published quite a few studies that prove the idea to be true. One of these studies not only compared men and women, but also men and women of differing fitness levels. In the study, four groups (trained men, trained women, untrained men, untrained women) performed an hour long stationary bike routine while in a 86-degree fahrenheit room. The study’s author found that while fit men and women used a similar number of sweat glands while active, those glands in men produced more sweat. In line with this, untrained women sweat the least, reaching higher body temperatures and workout intensities before doing so.

While this has been studied multiple times, more recent findings argue that gender’s influence on the matter only makes for a 5% variance. So, the jury’s still out on this one.

The more you sweat, the less fit you are—we’ve all heard that. This comes from the idea that those who aren’t very active need to work harder in order to reach the same level of intensity as those who are. In actuality, the more you workout, the more likely you are to produce a greater amount of sweat. Ever wondered why professionals always appear soaked?

As with most things, the more you sweat the better your body gets at it. It’s likely that consistent exercising makes your body more efficient at cooling off, thus more sweat.

Not working up as much of a mist as your neighboring elliptical user? It’s possible that he or she has been doing this longer than you or that your workouts aren’t hard enough. Try an Aaptiv cycling class from one of our top trainers in the app and see if you notice a difference.

An uncontrollable reason you may not be able to perspire is, as Stark mentioned, hypohidrosis (also called anhidrosis). Hypohidrosis is a genetic disorder or mutation that results in being unable to produce sweat. While reported causes of the gene mutation include damage to sweat glands (more on that later), that reasoning alone left scientist to wonder how families of people could have the same disorder while possessing normal sweat glands.

One 2014 study in particular was able to crack the code. The researchers studied a Pakistani family, the children of which couldn’t sweat. Taking a deep dive into a physiological approach, they discovered that a mutation was present in one singular gene. The gene, ITPR2, controls basic cellular functions in sweat glands, such as creating a protein (InsP3R) that moves calcium ions in and out of cells. This function, specifically, is needed for many other cell tasks, too (like creating saliva). The study found that a mutation in the gene made for defective proteins that don’t assist in moving calcium. While not affecting other functions, the disorder made for an inability to sweat within the family.

This is something to consider if you’ve already checked all previous causes off (or have had an odd conversation with a family member who just can’t perspire either). When left unchecked it can lead to overheating, so ask your doctor about testing and treatment.

As Stark stated, there are several more medical factors that could result in hyperhidrosis, including autonomic disturbances, autoimmune disorders, various medications, surgeries, tumors, and nerve injuries (yikes). Let’s break this down.

* Autonomic disturbances: Autonomic Dysfunction happens when the autonomic nervous system (ANS) is disturbed. Since your ANS controls a bevy of necessary functions such as heart rate, body temperature, sensation, digestion, and breathing rate, an impact can cause symptoms to arise. Since body temperature is involved, one symptom of a disturbed system is sweating too little or too much.

* Trauma to nerves that control sweating or trauma directly to the sweat glands can stop you from sweating. Some skin conditions like harsh burns can also result in an end to sweat.

As always, if you believe you’re experiencing any of the aforementioned genetic or medical symptoms, we encourage speaking with your doctor to find an effective solution.

Have a gnawing question or interesting fitness topic you’d like us to cover? Shoot us a thought by using #TeamAaptiv or posting in the community.

Also, if you’d like to take your fitness to another level, Aaptiv’s workout classes are perfect. Take our free fitness quiz to see which ones are best for you. 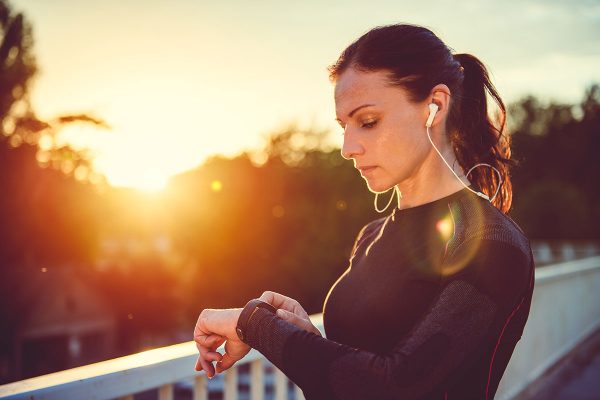 Learn more about the benefits of fitness trackers. 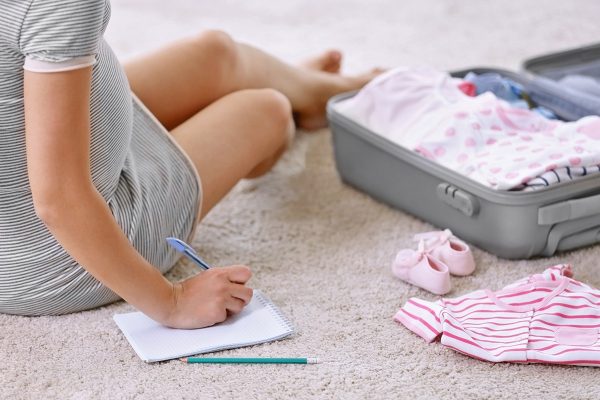 How to Pack Your Hospital Bag Like Your Race Day Bag

Starting to think about packing your hospital bag? There are actually many parallels to your race day bag!

The 7 Germiest Spots in Your Gym

Beware. Some of these germy spots tend to be perceived as the cleanest.