What’s Really Causing Your Side Stitches

Nothing is more annoying than side stitches on a long run. Here's how to fix them.

There are a few things that can bring you down from that runner’s high faster than you can say “fartlek.” We’re talking unexpected weather, a playlist dud, gear malfunction, and of course, dreaded side stitches.

Side stitches are a curse that every run has been plagued with at some point. They’re painful, pace saboteurs, and even worse, they seemingly come out of nowhere.

Because we’re tired of being slowed down by these pesky pains, Aaptiv chatted with two experts to see what’s really causing that stitch feeling, how to prevent it, and if the old fashioned grabbing-your-side trick actually works.

So, What is a Side Stitch?

Sadly, there’s not one definitive answer to what’s causing your side stitches. In fact, there’s a lot of research still out about what truly is the trigger and nothing has been proven by science as of yet, but common belief is that side stitches are spasms or pressure in the diaphragm.

According to Daniel Giordano, DPT, CSCS, Co-Founder of Bespoke Treatments in New York City, diaphragm stress is what’s at play here. “Similar to your muscles, fatigue can set in when the diaphragm in under too much stress,” he explains. “This can lead to a cramping in the diaphragm causing a stitch like sensation.”

Another potential player in the pain game: what you eat. Now this should come as no surprise, but just as some foods are more likely to provide runners with the fuel they need to log that extra mile, other foods are just as likely to upset their stomachs. “Slow digesting food—[those] high in fiber and fat—can take longer to digest, so avoid those for a couple of hours prior to your run,” says Giordano. “Also research shows that consuming foods high in sugar prior to a run can cause cramps.”

Who Can Get Them?

“I coach about this a lot during my runs,” says Takacs. “And I encourage my trainees to take huge deep ‘belly-breathing’ breathes even when you don’t feel like you need to—every three minutes or so in a run. The more oxygen you can get to your body, the more efficiently you will run.”

Not a newbie to running and still suffering from stitches? You might be training too hard! Giordano says he’s notices that patients who ramp up their intensity or volume of their runs too fast also complain of side cramping. He suggests that runners gradually increase their mileage and follow the ten percent rule—never increase your weekly mileage by more than ten percent over the previous week—to avoid cramping.

***If your side stitches continue post run or on days when you’re not running though, see your doctor for a second opinion.

The first step to putting stitches in their place actually has nothing to do with running. Instead, concentrate on your diaphragm. Work on eccentric breathing exercises and strengthening your core via activities like pilates and ab exercises.

Takacs suggests finding workouts with strength movements that incorporate core and hip extensions to build up your middle. (You’re in luck, because Aaptiv has some killer core workouts to give you a strong mid-section!)

Lastly, of course, focus on proper breathing technique. Takacs says to build up your lung capacity through speed work and hill repeats. Bottom line: the more you get out there, the stronger you become.

What to Do in a Pinch

OK, you’ve done everything right and you still get a side cramp. Hey, it happens. If you happen to be mid-run, or worse, mid-race when a stitch hits, there are a few things you can do to overcome the pain.

First, slow down your pace and take deep breaths. “Fully inhale and full exhale, taking deep breaths,” says Giordano. “Shallow or short breaths can prevent oxygen from being delivered to the muscles.”

If your first instinct is to grab your side, you wouldn’t be wrong to do so. “Use a few fingers and put pressure into the desired area, putting pressure on the area—similar to accupressure,” says Giordano. This can cause the nervous system to relax and thus relieve you of some of that tightening pain.

Just remember: side stitches happen to everyone at every fitness level. Focusing on your breathing and continuing to keep up with running is key to beating this annoying side effect.

We have running workouts in the Aaptiv app. Check out the newest releases by downloading the app today! 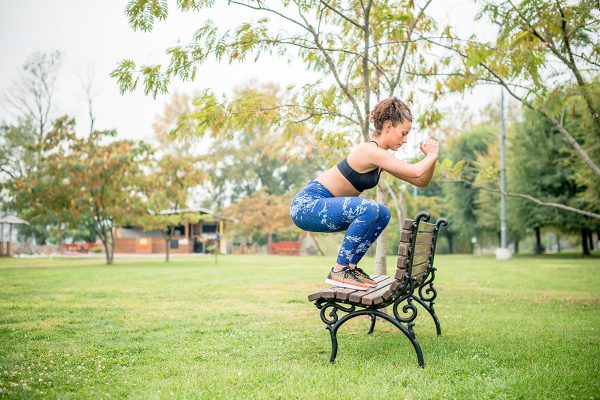 6 Plyometrics Moves to Make You a Better Runner

Do these six jumping exercises to help you run faster and farther. 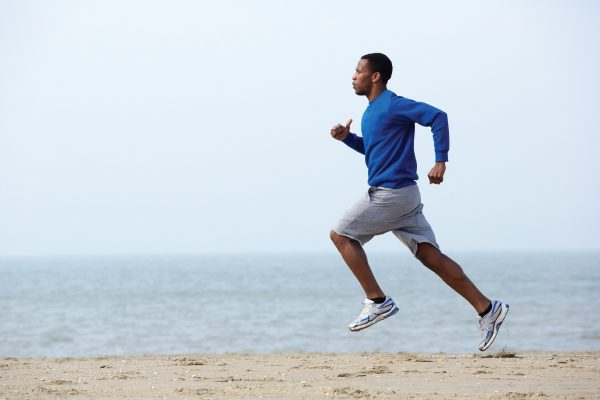 6 Things to Know Before Doing a Beach Workout

Beach workouts can be quite beneficial, but there are a few things you should know before hitting the shore. 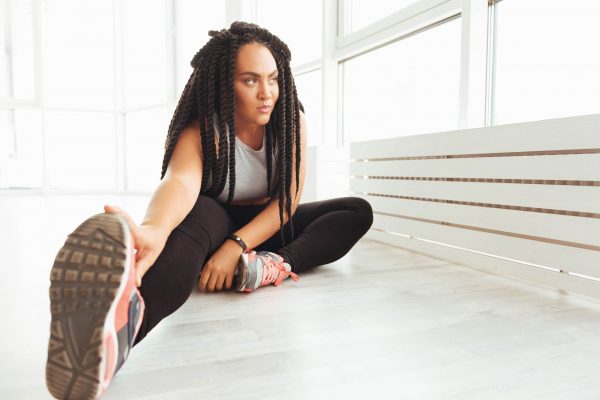 Should You Do Exercises You Hate? 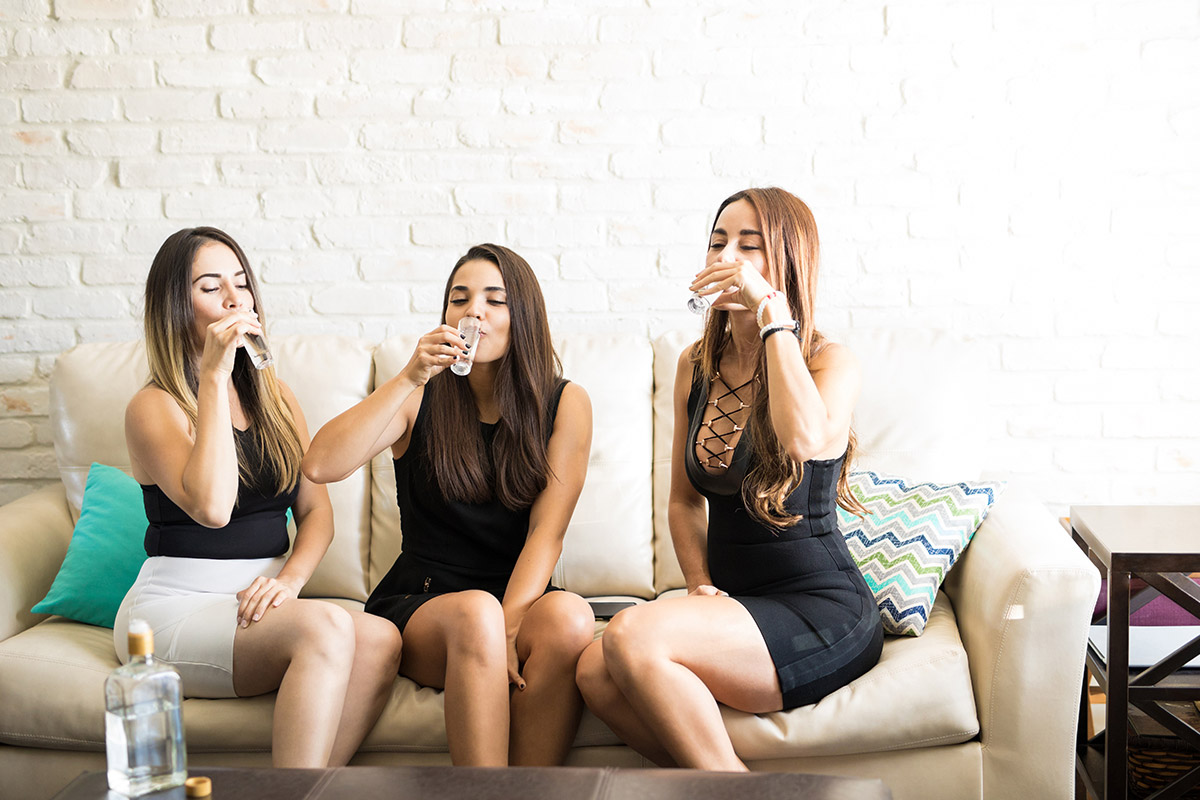 How to Work Out After a Night of Drinking

Drinking too much is no longer an excuse for skipping a workout. 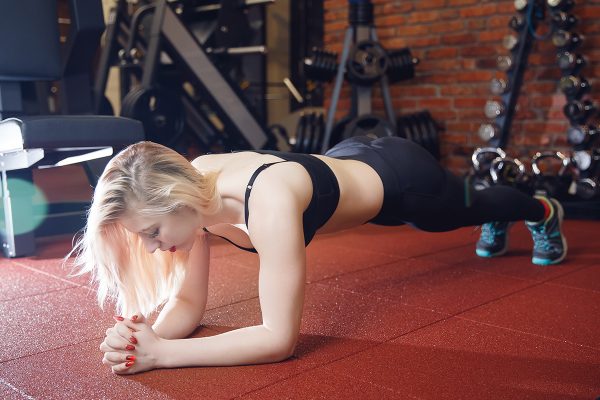 6 Strength and Mobility Exercises for Marathoners

Stay strong for 26.2 miles with these must-do moves.