Find out the latest research on this trendy fruit.

If you’ve heard some talk of tart cherries at the gym, you’re probably either a little confused or you know that recent research has examined the effects of tart cherries on exercise performance and recovery—and the results are promising. Tart cherries are the fruit of a plant species called prunus cerasus. More sour and acidic than sweet cherries, the tart variation contains a higher concentration of healthy phytochemicals (natural plant substances), like flavonoids, making them a superior antioxidant. Montmorency cherries are one of the most commonly grown and studied tart cherries. These cherries can be purchased as fresh fruit, dried fruit, juice, powder, pill, or as part of a sports drink. Read on to find out what tart cherries can do for athletes and the best ways to incorporate them into your diet.

An International Journal of Sports Nutrition study examined the effect of tart cherries on exercise performance. The study had subjects take 480mg of powdered tart cherries or a placebo every day for seven days. On the eighth day, they took the supplement then did a weightlifting workout consisting of ten sets of ten reps of a barbell back squat at 70 percent of their one repetition maximum, with three minutes of recovery between sets. Subjects took the cherries for another two days post-workout for a total of ten days of supplementation. It turned out that the lifters that took tart cherry supplements felt less sore in their legs after this workout. Plus, they exhibited fewer signs of muscle breakdown, suggesting that the cherries helped recover their muscles.

Looking to spice up your weight lifting routine? Aaptiv can help.

Numerous studies have explored the effects of tart cherry powder on endurance athletes. British researchers examined the effect of a blend of tart cherry juice and apple juice on inflammation and upper respiratory tract symptoms in recreational marathon runners. Most of the subjects ran the 2008 London Marathon where it was 44 degrees Fahrenheit, so breathing issues post-marathon would be expected. The cherry group took two 236ml servings (morning and afternoon) five days prior to the day of the marathon and for two days following the marathon.

Compared to the placebo group, the cherry group showed significantly less C-reactive protein one to two days post-race. C-reactive protein is produced by the liver or present in the blood in an inactive form. But it gets converted to an active form during inflammation. The active form may promote uptake of LDL or “bad” cholesterol. The cherry group also had zero cases of upper respiratory problems, while the placebo runners reported symptoms like cough, sore throat, and congestion.

While these are just two clinical studies on tart cherries and exercise performance, there are several reviews that analyze dozens of studies. One such review, published in Current Sports Medicine Reports, provides a general dosing guideline for athletes. It states, “Most of the studies used 8, 10.5, or 12 ounces (the equivalent of approximately 45 to 60 cherries depending on brand used) of tart cherries (typically given twice a day), therefore totaling 90 to 120 cherries a day.”

Furthermore, the review concludes that tart cherries should be reserved for more physically demanding workouts. “The only time during the training adaptation phase for tart cherries may be to help recover after the ‘very long runs’ or the very exhausting high-intensity interval training sessions that would otherwise leave an athlete overly fatigued, tired, and feeling weak.” Basically, any performance benefit would have to be from a combination of supplements and whole cherries, or supplements alone, since eating 90-120 cherries isn’t practical, even just for a week.

A Journal of Human Nutrition and Food Science review concluded that the equivalent of 50 cherries per serving, twice a day appears to be the only consistent amount that is effective. This review also summarized how tart cherries affect us. “It seems reasonable to believe that the mechanism for any benefit is related to either an anti-inflammatory property or an antioxidant property, or both,” the review says.

Overall, tart cherries stand out amongst all cherries (and fruits for that matter) for their awesome natural chemicals. Unlike beets, the effect isn’t thought to be on circulation via increased nitric oxide production. So far, it seems as if tart cherries really target inflammation at the cellular level. It helps our bodies clear its immune system of free radicals and c-reactive protein. If you’re looking to try something new for a few weeks, tart cherries could add a unique boost to your workouts.

Here are three products that contain tart cherries, among other nutritious ingredients.

Cheribundi makes a plethora of tart cherry products including 100 percent tart cherry juice, a tart cherry trail mix, and a tart cherry sleep remedy. Of particular interest is the Rebuild­—an eight-ounce drink that contains whey protein, tart cherry juice, B-Vitamins, and apple juice. Packed with nine grams of protein and 45 tart cherries, two of these bottles per day puts you in the clinically studied dose category.

Enhanced Mobility is a joint supplement containing patented versions of Boswellia, ginger, curcumin (the active compound in turmeric), and tart cherries. These four ingredients are some of the most popular among people recovering from injury or looking to maintain immune health. So, why not take them all together? They are available as soft gels.

Stoneridge Orchards has USDA certified organic tart cherries among other fruits. If you’re concerned with the exact source of your cherries, look no further than Stoneridge. That’s because Stoneridge is actually the consumer brand of Royal Ridge Farms. It’s a family owned farm based in Washington that’s been the largest producer of tart cherries since 1962. Try the cherries and/or the bottled 100 percent tart cherry concentrate, which contains 1,000 tart cherries! You’ll only need one ounce per serving. Now that’s a strong shot.

Based on recent research, we know that tart cherries certainly aren’t going to hurt your performance in the gym. With the proper dosing (and the proper cherries), you may see improvements in your endurance and recovery time.

The best way to build endurance is to work on it, and, here at Aaptiv, we can help you hold yourself accountable. 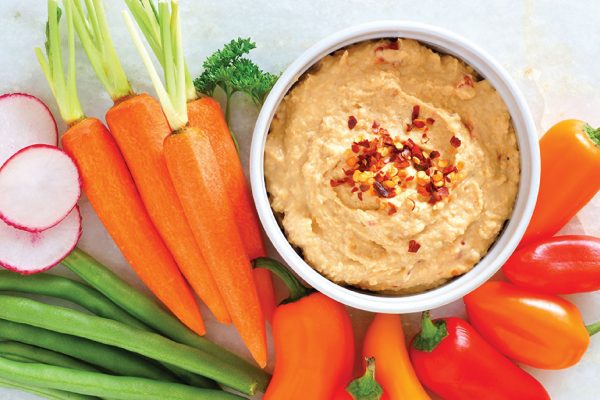 It’s so easy to go overboard, even on those good-for-you snacks. 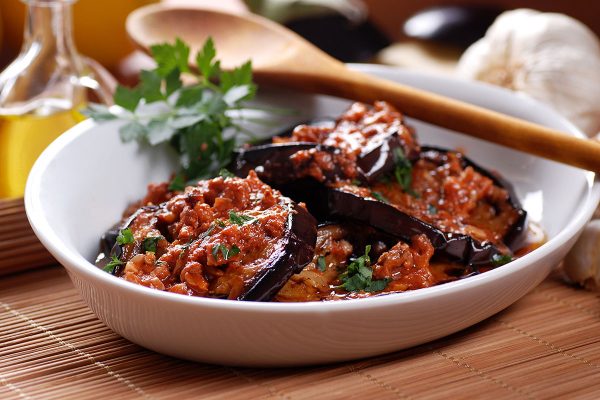 Can I Follow the Ketogenic Diet If I’m Vegan or Vegetarian?

Keto might be trendy, but is it right for plant-based eaters? Here’s what experts have to say.