Come out of your training feeling rested and ready.

Most marathoners have a love-hate relationship with the taper, that is the few weeks leading up to race day. On paper, this period sounds great. You’re cutting back your weekly mileage dramatically and giving your legs a break. You have more free time to see friends (remember those?). It’s a really nice bit of rest and relaxation after months of heavy mileage and hard training.

But, at the same time, it can drive you nuts. You might feel lazy and bloated, or like you’re getting more and more out of shape. Here’s how to avoid those anxieties, nail the taper, and feel ready and confident when you toe that start line.

Check out Aaptiv’s running workouts to help you train for your marathon.

“The purpose of the taper is to help your body recover from the training you’ve been doing while maintaining your fitness for race day,” says Jeff Gaudette, owner and head coach at RunnersConnect in Boston. Studies have found that your levels of muscle glycogen, enzymes, and various nutrients increase during the taper. Research published in International Journal of Sports Science looked at studies of elite runners tapering and found that the majority saw improved performances from the taper. It found that correct tapering can boost performance by up to 3 percent. That might not sound like much, but if you run a four-hour marathon, that’s a difference of eight minutes.

As a general rule, you’ll want to begin the taper three weeks ahead of race day, right after your last really long run. (You’ll still have long runs the following two weekends, but they’ll be considerably shorter than your max.) Each week, you’ll scale back your totals by about ten to 15 percent. Along with trimming your mileage, this is also the time to step back from speed workouts (if you’ve been doing them).

For most of your runs during this period, try to keep your speed at about your goal marathon pace, maybe picking it up for a few minutes at the end of the run, advises Gaudette. “I usually don’t recommend more speed work than that. It can be tiring and it doesn’t work the same energy systems you need for the marathon.”

It’s also possible to do a two-week taper rather than three. “The potential benefit is getting one more week of quality training, which can be good for runners who maybe missed a week of training or have generally found they feel too rested the week of the race and come out flat,” says Gaudette. Keep in mind, though, that two weeks might not give your body enough time to rest up before race day, especially if your training season was particularly intense. It’s probably not the best choice for first-time marathoners. “Most runners find a three-week taper to be the best balance of getting in the needed recovery to feel fresh on race day with maintaining fitness,” he says.

What to Do About Your Diet

The taper is mostly about your fitness routine, but nutrition plays a part too, especially in the week leading up to the event. The biggest thing you should pay attention to at this time: not putting too much on your plate.

“The most common issue is not adjusting calorie intake to reduced running miles,” says Gaudette. “Since you’re now running less, you also need to eat less.” You can eat a little more during the carbohydrate load leading up to the race (to build up your muscles’ stores of glycogen), but not as much as you might think. It’s not free rein for piling on the pasta. This time, says Gaudette, “shouldn’t be looked at as ‘adding carbs’ but rather substituting carbs for fats. So, the total calories remain the same, but the percentage of calories from carbohydrates increases.”

How Not to Go Crazy

Though trimming back your runs sounds awesome (and it is!), it can also leave runners with too much time on their hands to stress about what might go wrong come race day. Here’s how to deal with some common, crazy-making concerns:

You’ve put in weeks of training and you’re ready for your marathon. Now it’s time to chill out—as hard as that may seem and mentally prepare for race day.

Remember to stretch before and after your run with an Aaptiv stretching class. 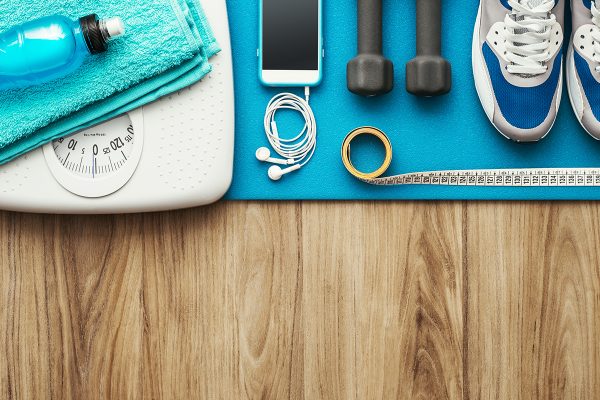 Swap Out Your Scale for a Tape Measure

Learn how to use a tape measure to more accurately track your fat loss. 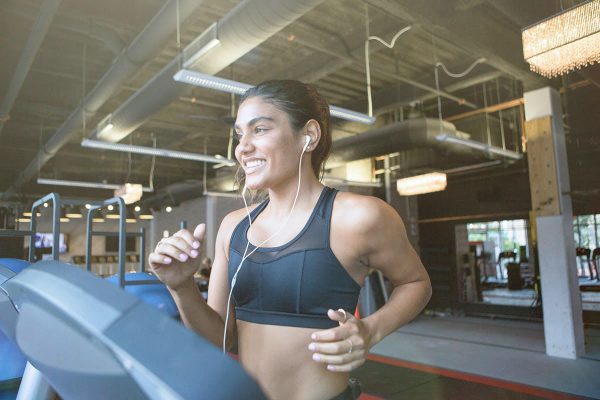 Can Running Help to Reduce Anxiety?

We explore the link between running, stress, and anxiety. 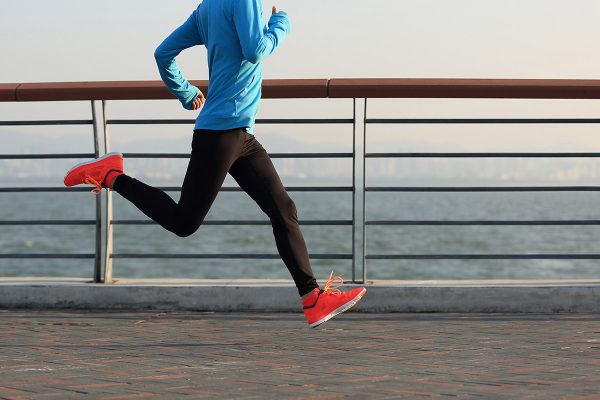 The Best Training Techniques for Scoring a Half Marathon PR

Intervals, endurance runs, strength training—everything you need to get faster.