Exercising Outside? Here’s How to Treat and Prevent Sun Poisoning

Here is everything you need to know.

Being in the midst of summer, it’s paramount to be cautious when it comes to your health. You need to take extra care to keep dehydration and heat exhaustion at bay—not to mention the ever-looming threat of a pesky sunburn.

While most sunburns leave you with red, peeling skin, the symptoms can quickly go from irritating to severe. If your burn is coupled with muscle pain or flu-like symptoms, you may have what’s often referred to as sun poisoning.

We spoke with two expert dermatologists to uncover exactly what this is and how to take care of it. Read on for their professional advice.

Let’s clear this up right away: Sun poisoning should in no way be taken literally. The term does not refer to actually being poisoned by the sun.

Instead, it’s a term for systemic reactions brought on by being exposed to the sun for too long. “While the sun doesn’t really poison, as the phrase would imply, you can have too much of a good thing. The phrase probably comes from the rare, most severe cases of sunburn,” says Tara Rao, M.D., of Schweiger Dermatology Group in NYC.

In other words, its moniker refers to the worst-case symptoms, described as feeling like being poisoned (this is, of course, an exaggeration).

“Meaning, it’s a sunburn that causes you to have flu-like symptoms, which could be fever, chills, joint pain, muscle aches, or anything like that. It’s your body’s [internal] reaction to the sun.” In most cases, you won’t acquire these symptoms without first experiencing a surface-level sunburn. In fact, it could take up to two days for these systemic reactions to begin.

“For athletes and the rest of us alike who are exercising or racing on a hot summer day, add on dehydration, exhaustion, illness, or being on certain medications, and one can feel quite sick—perhaps as if they were poisoned indeed!” Rao says.

Remember to always wear sunscreen before heading out on an Aaptiv run!

Considering that sun poisoning is essentially a more severe sunburn, it’s easy to confuse the two terms. To put it simply, the main differences between them are the severity of the sunburn and the symptoms you experience.

“A sunburn is the skin’s reaction to too much sun. That’s the turning red, blisters, and peeling. Sun poisoning is the next step. You have the burn, and then your body reacts with total-body inflammation. Fever, chills, these types of things,” Zampella explains.

It’s important to note that not everyone will experience the symptoms of each the same. You won’t necessarily have a blistering burn before the flu-like traits. “Somebody could get sun poisoning, technically, from a very mild sunburn,” Zampella notes.

“You don’t necessarily have to have blisters or peel to get sun poisoning if you’re very sensitive.” On the other hand, you could experience a harsh, blistering sunburn and not get sun poisoning. This all depends on your body’s reaction and level of UV sensitivity.

How severe does it get?

While your level of sunburn can be quite apparent—from a faint red complexion and peeling to “lobster-red” skin and blisters—sun poisoning manifests differently. Because your body’s reaction is unique to you, there’s no way to grade its severity on a scale.

That is to say, there’s no “light” or “heavy” level of sun poisoning. It’s all dependent on your symptoms and how aggressive they are. “You could theoretically grade them by how deep the burn goes, but we don’t traditionally do that,” Zampella says.

Luckily, sunburns and sun poisoning are entirely preventable. “The best treatment really is prevention,” Rao tells us. “Sun protection in the form of good clothing coverage and liberal amounts of a broad-spectrum sunscreen that is reapplied throughout the day is the best prevention.”

It’s important to include items such as a hat, change of clothes, and a bottle of SPF in your beach bag at all times. Zampella agrees, emphasizing the importance of generously applying (and consistently reapplying) sunscreen.

He recommends using at least SPF 30 (this is our favorite) and applying an ounce all over your body every two hours that you’re in the sun.

An extra preventative measure you can take is watching the clock. Rao recommends monitoring the UV index and staying inside during its height. This is typically from 10 a.m. to 2 p.m. If you do go outside (tempted by midday summer runs, of course), make sure you’re wearing protective clothing. “For the active folks, remember that water, snow, and sand all reflect light, so covering up is really essential to protect the skin completely if you are out in midday,” Rao says.

On Aaptiv, you can download your workouts, so you can take them offline, anytime, anywhere.

When it’s too late and you’ve already caught the symptoms of sun poisoning, your best bet is to treat each symptom traditionally. On the surface level, the badly burned skin should be treated with cold compresses and Vaseline.

Zampella advises avoiding lotion because most contain alcohol that can further irritate your skin. Treat blisters like any open wound by keeping them clean and covered. Avoid going into the sun until your skin begins to feel better and you see improvements.

If you experience many symptoms, such as a fever, chills, and especially sensitive skin, Zampella recommends turning to over-the-counter medications such as Advil or Tylenol. These traditional oral medications can help alleviate a lot of the pain and serve as an anti-inflammatory.

Whichever reactions your body is having, it’s important to keep yourself exceptionally hydrated. “When you get a sunburn, your skin loses more water than normal. So making sure you stay hydrated is an important part of [treatment] as well. You’ve likely just been out in the sun all day, probably sweating a lot, and you’re probably a little dehydrated anyway,” Zampella says.

If you find yourself feeling extreme levels of dehydration accompanied by headaches, dizziness, dry mouth, fatigue, and lack of urination, consult a doctor right away.

“There’s nothing magical that’s going to make it better overnight. If you’re having really bad symptoms—you can’t get food down, you’re getting really nauseated or dizzy, or you get blurry vision (and that can happen if you have the extremist of reactions)—you might need to go to the hospital to get IV fluids and that supportive kind of care,” Zampella says.

If your symptoms aren’t that extreme (and they rarely are), stick to tried-and-true treatment methods. 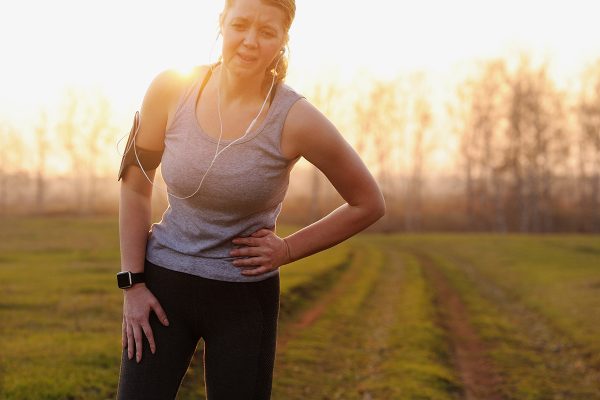 Everything to Know About Exercising with IBS

Working out can actually help with some symptoms of IBS. 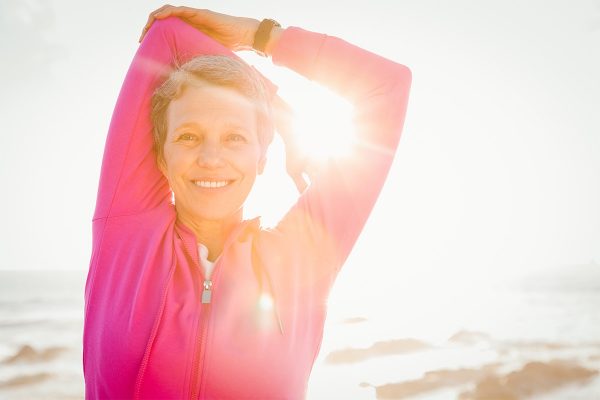 What to Know About Working Out After a Heart Attack

Find out how soon you can exercise post-heart attack, what recovery looks like, and what warning signs to look out for going forward. 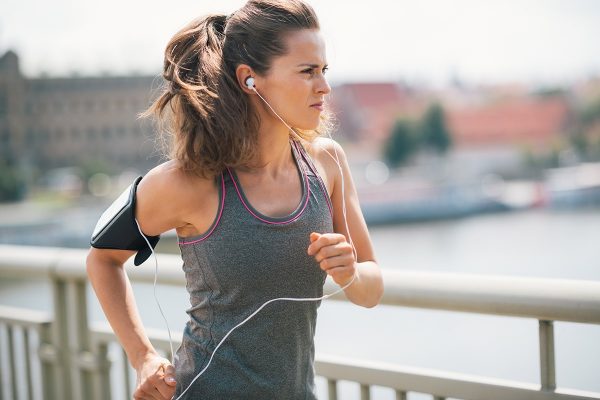 How Heart Disease Symptoms Differ in Women and Men

Heart disease is the leading cause of death and disability in American women. Here's what women need to know.