How to Deal With Stray Dogs While Running Outdoors

Dog experts explain how to handle an encounter with an unknown canine.

About four and one-half million Americans get bitten by dogs each year, according to the Centers for Disease Control. Runners may be at an even higher risk, especially those whose routes intersect areas where stray dogs have established their territory.

Avoiding a potentially dangerous encounter is paramount. We talked to Margie Hillenbrand, a dog trainer from Dryden, New York, and Amy Nichols of the Humane Society of the United States, to learn the best course of action to take when handling encounters with stray dogs while running.

The good news is that just stumbling upon a scary-looking dog doesn’t mean that a threat is imminent. “Most dogs don’t want to interact, or they’re really friendly,” Hillenbrand says. “A lot of stray dogs avoid people, as opposed to running up to bite somebody.”

One situational clue to predict a stray or off-leash dog’s actions is considering whether you’re on its territory. “If a dog is off-leash and it’s in its yard, then that’s a different scenario,” Hillenbrand says. He adds that strays might be less likely to approach and bite a stranger, as opposed to a dog whose territory you’ve entered. (However, a stray dog might interpret an area to be its territory over time.)

Despite appearances, a dog’s breed and size are only loose indicators of intention. “For any breed group—herding dogs, guard dogs, toy dogs, gun dogs—you have a spectrum for more social to more assertive,” Hillenbrand says. “There are dogs put together to guard their territory. Some breeds will push you away and be happy with that. Some are out to pursue.” Herding dogs, such as Australian shepherds and border collies, might show their teeth to instinctually herd interlopers out of their area, she says.

Remember that every dog is different.

A dog’s individual temperament, rather, is a better indicator, although that’s not easy to determine from afar. “There are dogs that will bluff you. They come across as a big bully and if you challenge them, they will immediately back off,” Hillenbrand says. Other dogs, however, only become more aroused in response to a challenge. Despite their small stature, chihuahuas might “just as soon bite you as look at you,” Hillenbrand says.

Dogs don’t bite for no reason, though. “Generally, biting somebody has to serve a function for the dog,” Hillenbrand says. “If they feel threatened and the threat isn’t going away. If they get cornered. Those situations are more apt to provoke a bite than a random encounter.”

Learning to quickly interpret a dog’s actions can prevent a negative encounter with stray dogs while running. “If the dog appears to be minding its own business, or [is] occupied with something other than you (the runner) you can likely just ignore them,” Nichols says. “But, give them wide breadth in case the dog considers the area their territory.”

If the dog is looking at you, consider its body language. “In general, very loose, wiggly body language is safer than big, stiff body language,” Hillenbrand says. “A high tail, high ears, and a big presence mean they probably don’t want you there.” Tails can be deceiving, though. A high-waving, metronomic tail could indicate arousal. But some dogs just carry their tails high.

It’s also worth considering how your own body language might be interpreted by the dog. “If you are wearing a hat or sunglasses, or anything else that conceals your face or eyes, it is best to take them off,” Nichols says. Chances are the dog is unsure of your intentions, so seeing your eyes could help. Looking the dog in its eyes, though, isn’t recommended. “Dogs perceive direct eye contact as aggressive and intimidating,” Nichols says.

Act on the dog’s reaction.

If the dog hasn’t approached you, try standing still. “If a rabbit is moving, dogs see movement. A lot of dogs won’t see a rabbit if it stops moving,” Hillenbrand says. And, Nichols says that yelling at it from afar isn’t ideal, as it might escalate the situation. Slowly backing away from the dog (not turning your back on it) is a safe bet to avoid a confrontation, especially if you’ve stumbled onto its territory.

A dog that’s committed itself to approach you isn’t necessarily going in for a bite. “If the dog suddenly comes after you, the best thing to do is to slow down and then stop,” Nichols says. Sudden movements could elevate the dog’s perception of you as a threat. Although it’s unnatural, doing nothing can be the best course of action. “It’s scary to think about, but with standing perfectly still and looking at the ground and not moving, a lot of dogs come up and sniff, and then a lot of dogs will just leave,” Hillenbrand says.

An encounter with a persistent approaching dog might warrant some cheerful speech (but not shouting or direct eye contact). Things like “wait,” “stay,” “good boy,” and “go home”—any phrase the dog might recognize—might work with the right inflection, Nichols says. If so, keep up the talking and backing away until you’re at a safe distance.

In the worst case scenario, in which a dog has closed the distance and appears ready to bite, do your best to put something between you and it. Get behind a tree or a car, or pick up a stick to keep the dog at a distance.

“They tell kids that if you’re attacked, lay flat on the ground with your face down and your hands above your head/neck area,” Hillenbrand says. “Don’t move. The dog will eventually lose interest and go away. It may take a while, but the more you scream and yell and flail, the more worked up the dog will get.” Adults can use the same tactic, although it’s up to you to make the judgment call over whether to defend yourself or wait out the attack (you might consider the size and temperament of the dog. Taking on a chihuahua is a very different endeavor from fighting a rottweiler).

You can prepare for encounters with stray dogs while running by carrying a spray animal deterrent. However, it’s worth testing it out ahead of time to judge the spray’s range and its potential for blowing back into your face. You might carry treats or food, too, although that strategy can work too well. “If they end up being friendly and they really like the food, you might not get rid of them too easily,” Hillenbrand says.

Outdoor runners are bound to stumble upon an unknown or stray dog while running at some point. But being non-threatening and understanding its perception of you can go a long way toward avoiding an attack. 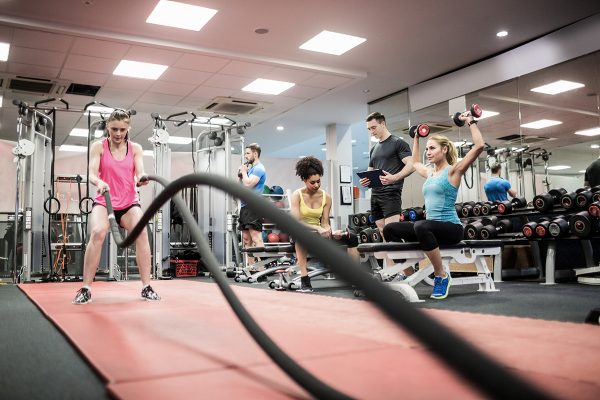 Because the gym can be an intimidating place. 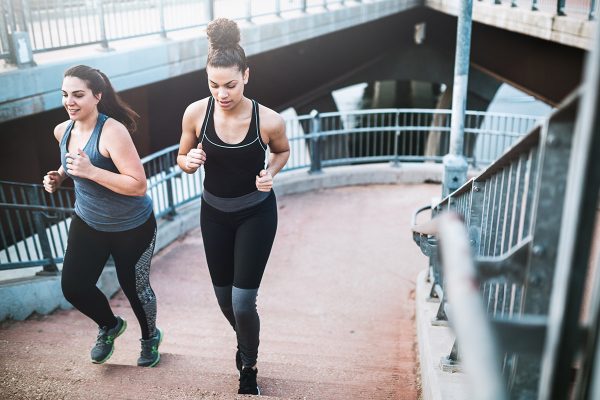 So you made the decision to get fit—amazing! Read this before starting beginner workouts. 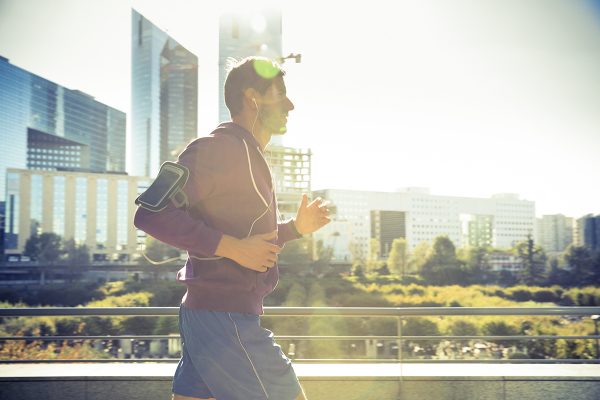 The Best Cities for Runners to Vacation

Ready to hit the trails in a new city this summer? Check out the best cities for runners!