How Should I Stay Hydrated on a Long Run?

The physiology behind hitting your hydration sweet spot.

We watched in awe as American marathoner Shalane Flanagan won the 2017 New York Marathon. But physiology nerds would point to her third-place finish at the 2016 Olympic Marathon Trials as an equally impressive test of the runner’s fortitude. At 73 degrees, it was the hottest Trials in history. A dehydrated Flanagan celebrated her Rio Olympics birth with a post-race IV drip. We combed through the research and spoke with Elyse Kopecky, Flanagan’s chef and co-author of Run Fast. Cook Fast. Eat Slow., to find out how the world’s fastest marathoners stay hydrated on a long run, and how you can, too.

Finding the Right Amount of Water for You

Unlike macronutrients, for which the National Institutes of Health provides specific daily intake recommendations, there isn’t a widely accepted, blanket recommendation for hydration. The Food and Nutrition Board advises 91 total ounces of water for women and 125 total ounces for men. Note that the source of the water doesn’t matter, just the net quantity. “Drinking water in combination with mineral-rich foods can also help with absorption,” Kopecky says. “Also, a whole-foods diet helps with hydration.”

It’s good sense to start a long run well hydrated. But as with net hydration, the recommendations to stay hydrated on a long run are hazy because dehydration is an individualized problem. “Every runner varies in terms of how much they sweat and how much salt and electrolytes they lose in their sweat,” Kopecky says. The International Marathon Medical Directors Association’s (IMMDA) original recommendation for mid-run hydration was 20-40 ounces per hour. This made sense for elite male marathoners who run 10 miles per hour, but it was way too much for the average recreational marathoner. In 2001, the organization lowered its acceptable hydration range to 14-27 ounces per hour. Although, it has since cautioned that the revised range may still be too high.

Not everyone sweats the same.

According to IMMDA, the primary determinants of fluid loss during a long run are bodyweight, running speed, and ambient temperature. After that, fluid loss varies by runner. “For example, Shalane has been classified as a ‘heavy sweater,’ and she needs more fluids than the average female marathoner,” Kopecky says. The world’s fittest runners tend to sweat the most. A 2014 PLOS One study found that long-distance runners excrete more sweat per gland and begin sweating at lower temperatures than non-runners. The effect is so pronounced that another study of 643 marathoners discovered that bodyweight loss during the race was inversely related to finishing time. The runners who dropped the most weight during the marathon actually ran quicker, with the fastest athletes losing more than 4 percent of their body weight in 42 kilometers.

If you’re looking to shed some bodyweight, Aaptiv, with classes and programs across all levels and categories, can help.

Drink according to thirst.

If you don’t necessarily need it, drinking water during a long run won’t make you faster. A 2016 study presented to the American College of Sports Medicine instructed female recreational runners to do a 15-kilometer time trial. One group hydrated every three kilometers, and the other group rinsed their mouths out with water. Although the hydration group sweated more, the performance and rated perceived exertion between the groups didn’t change. Bottom line: Hydrate beforehand and drink as you get thirsty to stay hydrated on a long run. But while you’re learning to gauge your hydration needs, less is more.

Coupling Salt and Carbohydrates With Hydration

On a long run, a runner also needs salt to balance out electrolyte losses and carbohydrates for fuel. Unfortunately, learning when and how to refuel on all three essentials isn’t generalizable advice. “It’s important to experiment to find out what works best on an individual basis,” Kopecky says. “Some runners can’t digest sugars very well. This can lead to tummy troubles while on the run. A sports drink that is too sugary can be difficult to absorb.”

Before you start worrying about carbohydrate intake, consider the length of your run. A 155-pound runner needs about 2,950 calories to complete a marathon, according to a 2010 PLOS One paper. Because the body stores about 2,000 calories worth of glycogen when you’ve been eating normally, there’s a chance that without nutrition, you’d bonk around mile 20. So nutrition is probably necessary. Using that same logic, though, a ten-mile run costs that same runner less than 1,200 calories. So a light pre-race meal should do the trick.

Pay attention to your electrolytes.

Electrolytes directly affect hydration status, so it’s important to replenish them as you rehydrate. The IMMDA finds that those who hydrate with just water restore 68 percent of fluid losses during a marathon. Whereas those who use a drink with electrolytes restore 82 percent of fluids. A 2015 study of triathletes in the half Ironman distance found that those who orally ingested salt during the race had faster finishing times.

The New York Road Runners recommend 350 milligrams of sodium per 16 ounces of mid-race water (Gatorade contains 208 milligrams of sodium per 16 ounces). For longer efforts, experiment with different forms of carbohydrate and salt supplementation. Watering down and adding salt to a regular sports drink is a common move among marathoners to stay hydrated on a long run. “A sports drink that isn’t too sugary but has electrolytes is best for hot days,” Kopecky says.

“Many runners overhydrate, and this is very dangerous. Too much water can wash out your electrolytes and minerals,” Kopecky says. The condition is dubbed exercise-associated hyponatremia. Runners who induce it by intaking fluids faster than they can sweat them out risk tragic consequences. In especially hot marathons, endurance athletes have died from the condition.

According to the British Journal of Sports Medicine, replacing your electrolytes as you rehydrate can lessen the risk of overhydration. But no amount of salt will prevent it if you’re drinking more than you’re sweating. The key, according to the IMMDA, is to drink when you’re thirsty. “Drinking to thirst is the body’s dynamic physiological fluid calculator and in most cases will protect athletes from the hazards of both over- and under-drinking by providing real-time feedback on tonicity,” the group’s fluid recommendations state.

Exercise researchers tested this practice in a 2016 Journal of Strength and Conditioning Research study. Well-trained male and female runners were divided into two cohorts. One group hydrated at their own liberty, and the other hydrated on an individualized schedule. During a prescribed 20-kilometer trail-running time trial, the group that hydrated at liberty drank half the water of the scheduled group but ran just as fast. “I recommend runners get back in tune with listening to their bodies’ thirst and hunger signals,” Kopecky says.

If you’re looking to up your running game, check out the classes available on Aaptiv. We’ve got treadmill, outdoor running, and race training classes fit for every level. 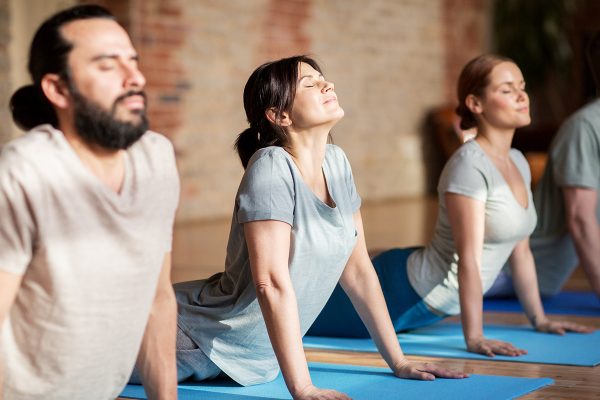 Find the workout routines that fit your body best. 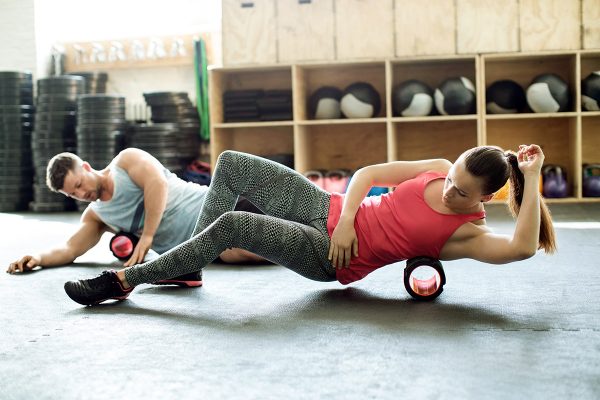 Foam Rolling: What Is It and Why Does It Matter?

We asked an expert all your foam rolling questions and dove into the research supporting it.