4 Types of Speed Work That Every Runner Needs

Picking up your pace just one day a week can help make you a stronger runner—here’s how.

Whether you’re a marathoner or you simply jog a few days a week for cardio, everyone dreams of channeling their inner Olympian and getting faster. To pick up your pace, you need to practice running fast—but not every time that you lace up your sneakers. The key is to do mostly easy-effort runs with occasional speed work mixed in. “Lower, more aerobic running provides the structural backbone to most of our running. But incorporating speed work once or twice a week can boost your body’s resiliency and endurance,” says Dylan Belles, an assistant coach at RunnersConnect in Boston.

It might seem counterintuitive to run sprints or perform quick bursts of speed when you’re gearing up for a long, slower-paced race. However, adding some speedier sessions to your schedule will help you finish strong on race day. This is true even if you’re planning to run a marathon and never break a ten-minute-per-mile pace.

Work on your speed work today with Aaptiv. Our Aaptiv trainers will help you cross the finish line tall and strong.

“When we’re running a race of significant distance, the body gets tired and breaks down,” says Belles. As this fatigue settles in, your form often worsens. This can set you up for injury. “By adding a day or two each week where we allow the body to face these race-like stresses, we can be better served to run strong late into a race or long run.”

Speed work also can lead to a faster race day performance. It builds strength and power, and improves your running economy, says Belles. “The stronger the body is, and the better it’s fit to face the rigors of the run, the greater the likelihood [of] our chance of running our best times.”

When taking up speed work, Belles advises beginning gradually. To start, make sure that you have a solid base of running easy-effort miles each week. Then add some speed work just one day a week. More advanced runners can work up to two days a week, equally spaced throughout your schedule with easier runs in between. Adding speed work to your routine doesn’t necessarily mean that you have to start sprinting once a week. Read on for four common types of speed workouts and how each can help you become a stronger runner.

A true tempo run, also called a threshold run, generally includes an easy warmup, then about 20 minutes at 80 to 90 percent effort, followed by a cool-down. That 80 to 90 percent effort is about the pace at which you can operate still under your lactate threshold. That means that you’re running at a pace where your body can still clear lactate from the muscles. Once your muscles accumulate lactate, you start slowing down.

The benefit: You’ll be able to hold that goal race pace. “The better or greater we can manage or increase our lactate threshold, the stronger we can perform at a faster pace for longer,” says Belles.

All tempo runs don’t have to be exactly 20 minutes. You can mix up the setup to benefit your specific goals. If you’re training for a half-marathon, for instance, you might do a six-mile tempo run at your goal half-marathon pace. “This is outside of that 20-minute range. But we get fantastic rhythm work and specific efforts tailored toward the specificity of our upcoming race,” says Belles.

Check out the tempo runs available on Aaptiv.

Yes, we know what it sounds like—insert dad joke here. This workout has a silly-sounding name and actually means “speed play” in Swedish. The format is totally up to you. It’s all about slowing down and picking up the pace for intervals of various lengths depending on how you feel. For instance, you might run easy for a mile, then sprint until you reach a certain light post, then run at a medium-effort pace for half a mile, and so on. “This workout has unstructured qualities, in that no pace or distance is prescribed. So there’s a lot of flexibility,” says Belles. “Fartleks can be tweaked in many different directions. Some long, some short, some hard, and some just a touch above easy.”

Fartlek runs are great mental prep for races because your pace fluctuates like it will on race day. “They require you to stay mentally focused and continue steeping on the gas as the race ebbs and flows, whether it’s the pace, the conditions, or the course itself,” says Belles.

Even if you’re prepping for a pancake-flat race, running on an incline is a great way to teach your body how to power through when mileage starts to feel tough. “Hills provide wonderful strength- and power-producing effects,” says Belles. He suggests finding a long hill that you could break into 30-, 60-, or 90-second intervals. When you’re starting out, stay on the shorter side. Belles suggests starting with a workout where you run up the hill for 30 seconds at an 80 to 90 percent effort. Jog at an easy pace back down for three minutes, then repeat for four rounds.

From sprints, to tempo runs, to fartlek runs, to hill repeats—Aaptiv has it all.

This speed workout, named after famed runner Bart Yasso, is a favorite of marathoners looking to predict their race-day pace. After an easy warmup, you’ll run 800 meters at a hard effort ten times (resting between each). The idea is that the average you can run for the ten intervals is equal to your marathon finishing time,” says Belles. So, if your average 800-meter time is four minutes and ten seconds, you should be able to finish a marathon in four hours and ten minutes.

“Yasso 800s aren’t the know-all marathon-finishing-time predictors they are cut out to be. In many cases, people find that the average of this repeats are much faster than the time they cross the line on race day,” says Belles. “But, they’re still highly effective for building strength and endurance.”

Speed work is an integral part of any runner’s routine. Look for speed work classes in the outdoor running and treadmill categories in the Aaptiv app to expand your training.

Personal Training Apps To Get In Shape For The Summer

If you are yearning to reach your fitness goals this year, it would be only smart to equip your Smar... 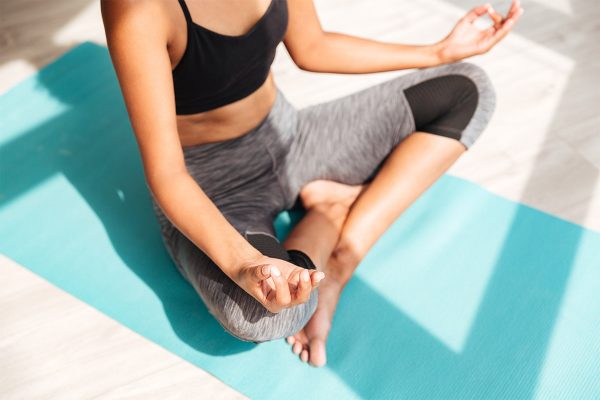 Try these moves next time your time of the month pops up. 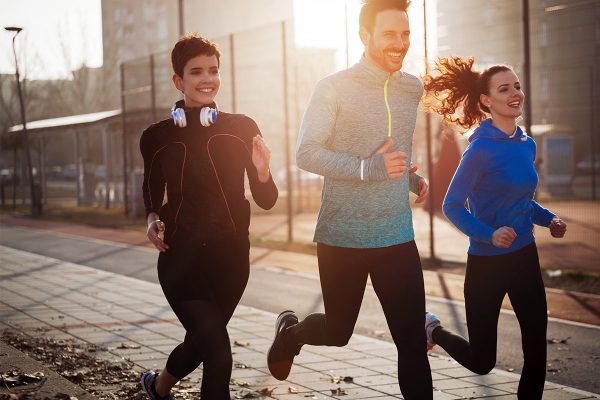 How to Run Outdoors in a Crowded City

Find out how to weave around pets and strollers without sacrificing your pace.