5 Common Habits That Are Ruining Your Sleep

Avoid these mistakes that could be messing with your sleep—and the following day’s workout.

Trying to exercise after a sleepless night proves difficult. In fact, in many cases, it’s recommended you skip your workout if it means catching up on necessary sleep. Surprising, sleep is one of the more overlooked aspects of physical fitness. Even though we need it to function and exercise, most Americans aren’t clocking nearly enough of it. As many as one in three U.S. adults report that they fall short of the recommended seven to nine hours of sleep each night. This spells out trouble in several areas of your life, especially for your time at the gym. We chatted with top sleep experts to learn which sleep habits might be costing you a solid workout.

If you’re having trouble sleeping, a guided sleep meditation with Aaptiv may be the answer to your problems.

It’s rather simple: We need adequate sleep to properly fuel our workouts. “Sleep essentially charges your body up, allowing you to work out longer and harder,” explains Certified Sleep Science Coach, Chris Brantner. “One study out of Stanford University followed a group of athletes for three weeks and made no changes to their diet or training routines, except [that] they added more sleep. The results showed noticeable improvements in sprint times, endurance, and overall workout.”

Your circadian rhythm, or your internal clock that helps regulate your sleep cycles, enjoys a steady and consistent routine. “Constantly changing your circadian rhythms decreases the amount and quality of sleep we get each night,” says Robert Oexman, D.C., director of the Sleep to Live Institute in North Carolina. “You should go to bed and wake at the same time each day of the week, including weekends.”

Scrolling Through Your Smartphone

According to Brantner, smartphones are quickly becoming one of the most prominent sleep disruptors. Not only does the information that your brain is processing keep you awake, but the bright light emitted from the phone can also mess with your sleep cycle. “Staring at your phone in the dark dilates your pupils, allowing more of the harsh light in, which in turn messes up your circadian rhythm by inhibiting melanin production, which is vital for falling and staying asleep,” says Brantner.

Aim to put your phone down at least one full hour before your allotted bed time. Read a book, practice meditation, or try a relaxing yoga routine with Aaptiv to wind down.

It used to be that your favorite show aired once a week, at most, and only for an hour at a time. But, now, with streaming services, entire seasons of several of your favorite shows are available to you at all hours. This makes it incredibly tempting to stay up for just one more episode. This can seriously impact your sleep cycles and prevent you from making it to that workout class in the early a.m. “These bingeable shows are designed to pull us in and leave us in suspense, which causes increased alertness, making it more difficult to wind down and go to bed,” says Brantner. “Just like with smartphones, turn off your TV an hour before bed. Do something relaxing that doesn’t involve an electronic device.”

Having a Cocktail Before Bed

A glass of red wine might seem like a harmless “treat” to help you wind down for bed, but it may set you up for a miserable morning. Even a small amount of alcohol—wine especially—can cause dehydration and potentially a headache. And, while alcohol may help you fall asleep quicker, it doesn’t set you up for restful sleep. This is likely caused by alcohol messing with hormones like adenosine, a sleep-inducing chemical. You’ll feel sleepy and doze off fast, but you’re more likely to stir in the night after drinking. Dr. Oexman suggests avoiding alcohol no more than two hours prior to sleep if you plan on performing a high-intensity workout the next day.

Eating Too Close to Bedtime

Eating properly is crucial for fueling workouts, but Brantner warns that eating too close to bed can disrupt sleep. “Some studies show [that] eating too much fat late at night can have a negative impact on sleep and others show that sugar can cause insulin spikes, which disrupt sleep cycles,” he says. “Eating late could also cause heartburn, indigestion, and other issues as your body works to digest food as you sleep.” No matter what’s on your late-night menu, Brantner recommends limiting your food consumption to no later than two hours before bed.

If you’re eating right, working out consistently, and still feeling sluggish, take a look at your sleep habits. Small changes to your pre-bed routine can play a major role in helping you get the restful sleep your body and mind need. 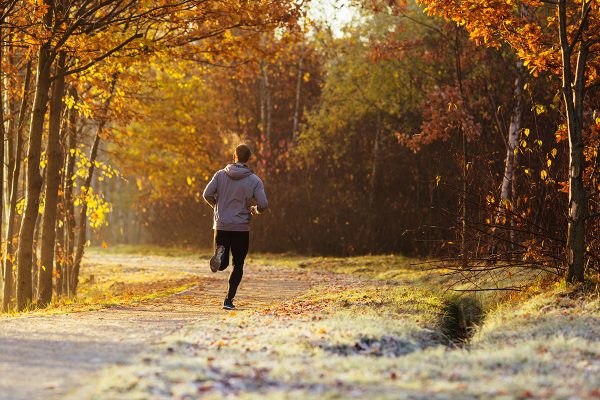 How to Transition from a Summer to Fall Mindset

Season changes can be tricky to adapt to. Here's how to make the transition easier. 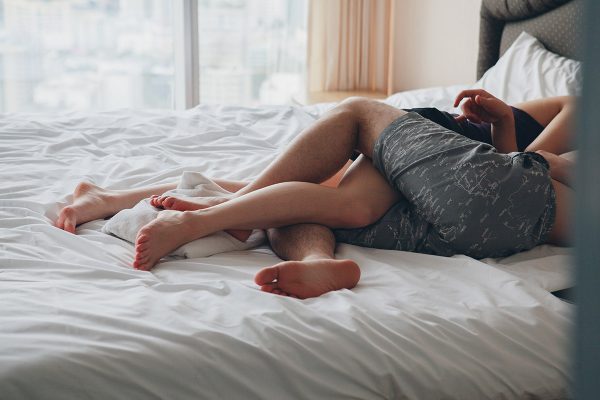 If you needed another reason to hit the gym, regular physical activity is shown to have positive effects in the bedroom. 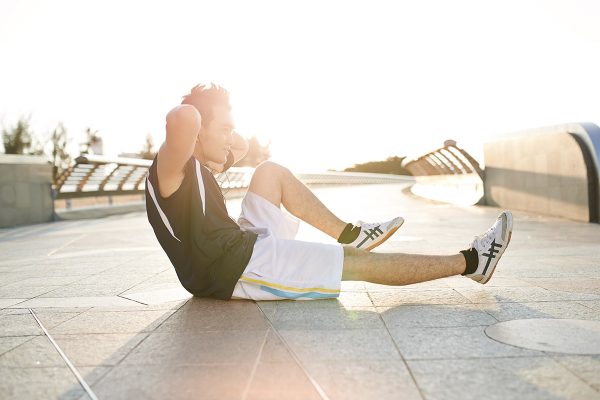 Try these expert-approved strategies for sneaking in exercise even on your busiest days.