Here’s what you need to protect yourself from this common, often treatable, yet potentially deadly disease.

By the time that summer is finally upon us, we’re more than eager to get some sun (especially after the snowy winter that some of us had!).

However, dermatologists warn to be extra careful as incidences of skin cancer rise. In fact, according to the American Academy of Dermatology, 50,000 new cases of melanoma are diagnosed each year.

Over one million Americans are living with the disease. In addition to wearing sunscreen and protective clothing, dermatologists urge their patients to be on the lookout for the following skin cancer symptoms, some of which might surprise you.

A New or Changing Spot, Even If It’s Not Brown

People generally think that skin cancers on the skin are brown in color. However, this is not always true, according to Jerome Garden, M.D., the director of the Physicians Laser and Dermatology Institute in Chicago. “Non-melanoma skin cancers, such as squamous cell and basal cell, are not typically brown. Even melanoma can appear as pink or red,” he says. If a spot, mole, and/or growth is new or changing, show it to a board-certified dermatologist—the sooner the better!

A Scrape That Won’t Heal

Harmless, little lesions can be caused by a myriad of things, from an innocent cat scratch to friction caused by your workout clothes. But, a scrape that appears out of nowhere could also be a sign of something more serious, such as the early stages of a squamous or basal cell. If a sore or scab persists for one month or longer and does not heal as expected, Sarah Walker, a family nurse practitioner at McLean Dermatology & Skincare in McLean, Virginia, recommends that you be evaluated by your healthcare provider. “Basal and squamous cell carcinomas are most likely to occur in sun-exposed areas, such as the scalp, face, neck, chest, etc. [They] are easily treatable in their early stages,” she says. “The larger the tumor has grown, however, the more extensive the treatment [that is] needed.”

Research has shown that itching is one sign of skin cancer. In fact, one study by Temple University looked at medical records of 268 patients who were confirmed to have skin cancer lesions. The study found that more than one-third of lesions itched. “Although rare, itching may be related to the body’s inflammatory response to the atypical cells making the skin cancer. It’s best to bring [it] to your physician’s attention,” explains Dendy Engelman, M.D., a dermatologist at Manhattan Dermatology and Cosmetic Surgery in New York.

Some cancers can develop as red, crusty sores that might look as harmless as a pimple to an untrained eye. But, if a sore is bleeding, growing, and not healing, it could be a sign of skin cancer. If you notice a pimple-like growth or a mole that’s reddish in color, Dr. Engelman, recommends that you make an appointment with your dermatologist, stat.

Dry skin might be a common symptom of changes in seasons, most commonly from fall to winter. But it is also a sign of actinic keratosis, a type of pre-cancer. “These spots are usually pink or red and have a gritty, dry feel to them,” explains Dr. Garden. “These typically develop in sun-exposed areas of the skin. A certain amount of them develop into squamous cell cancer.” If your dry skin isn’t getting better with moisturization, he recommends making an appointment with a board-certified dermatologist.

Many of us might think that a mole going away on its own is a good thing. But, one sign of skin cancer is when a brown mole starts to lose its color. “If your immune system detects and attacks a mole, it may mean that there is some sort of change that has attracted the attention of your immune cells,” says Joshua Zeichner, M.D., director of Cosmetic and Clinical Research in Dermatology at Mount Sinai Hospital in New York City. This is not always a sign of something serious. But in the case of melanoma, losing color is a worrisome sign. “People think [that] a mole has to be changing colors, especially turning dark, to be cancer. Sometimes even a mole losing color could be a sign of cancer,” he adds.

Changes in Your Nails

The skin surrounding your nails, as well as the skin underneath them, are not immune to skin cancer. “Often nail melanomas [are] misdiagnosed as trauma to the nail. Or [they] go undiagnosed for several years because of frequent nail polish use,” warns Walker. “A dark vertical band in the nail could be a nail melanoma or subungual melanoma. Subungual hematomas tend to have a more irregular pattern of color and a new healthy nail will begin to grow in eventually.” If you notice a new dark mark underneath any of your fingernails or toenails, and can’t remember any kind of trauma that could have caused it, or if it doesn’t seem like it’s growing out correctly, she recommends seeing a dermatologist.

Although melanoma of the eye is rare, it’s the most common type of eye cancer in adults, according to Walker. “This condition is often found during a routine eye exam. [It] is most common in people with fair skin or blue eyes,” she says. “Symptoms may include changes in the color of your iris, vision changes (blurring or double vision), red, swollen eyes, or small defects that can be seen on your iris or conjunctiva.”

A Divet in the Skin

Most people assume that a marking on the skin has to be raised in order to be worrisome. But that’s simply untrue, according to Dr. Garden. “Many skin cancers can be flat or even a depression in the skin,” he says. “A specific, more aggressive, type of basal cell carcinoma, called a morpheaform basal cell, can appear like a scar with sometimes a depressed appearance.”

Look out for these symptoms. If you’re worried about any particular areas on your skin, be sure to bring it up with your dermatologist. He or she will be able to fully diagnose any irregularities. Now, go re-up your SPF and use Aaptiv to get you summer ready! 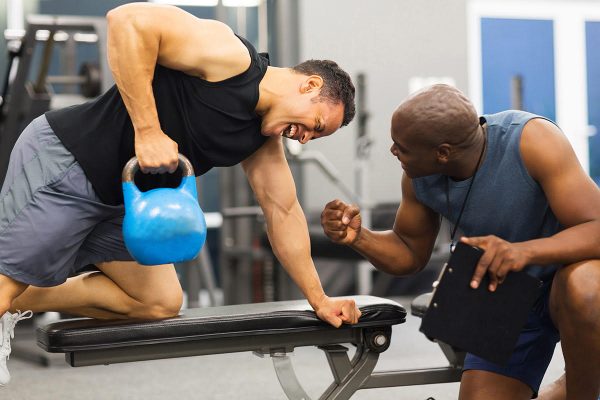 Basically, how to help trainers help you succeed.

Celebrity trainer Amy Rosoff Davis shares her tips for keeping up with your workouts and your health on the road. 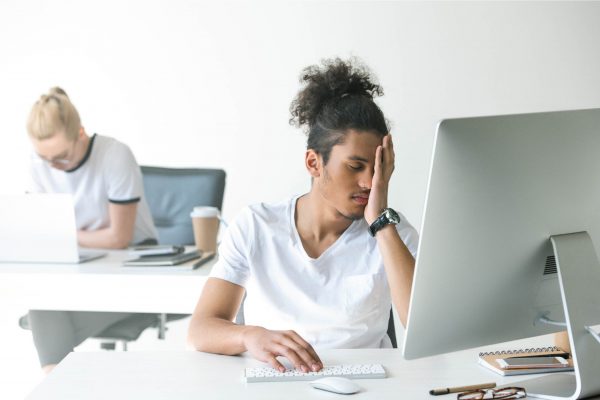 Here’s What Your Energy Slump Is Trying to Tell You

The time you feel drained says something about your health.