What’s the deal with dietary fat? Is it good for us, is it bad for us, how do we measure levels of fat into our macronutrient plan? When living a healthy lifestyle comprised of a nutritious diet and a routine exercise plan (from one of the many Aaptiv workout classes), where does the role of consuming fat come to play?

The questions revolving around the conversation behind fat, go even further than our own comprehension. The first step to understanding the human body’s relationship to fat, is breaking down different kinds of fat. For example, what’s the deal behind saturated fat? Everything from coconuts to bacon contain levels of saturated fat. With such a common thread of nutrients behind many of our beloved foods, how does it affect our cholesterol levels and underlying health.

While a complicated matter to understand, we spoke with health professionals to learn all about saturated fat and its relationship with cholesterol.

What Is Saturated Fat?

What’s The Difference Between LDL and HDL?

So, Does Saturated Fat Cause High Cholesterol?

In short, yes. A diet full of saturated fat will drive up cholesterol. Now, which sources of saturated fat feed our bodies HDL versus the harmful LDL? Because believe it not, we can’t (and shouldn’t) label all sources and foods carrying saturated fats the same.

Not All Saturated Fat Is Created Equal

“You can find saturated fat from animal and plant-based sources,” says Dr. Nikola Djordjevic MD from MedAlertHelp.org. “The saturated fat itself is made up of several fatty acids, so saturated fat can never be purely saturated [fat] as it varies (depending on the source).”

“Saturated fat that has higher HDL cholesterol content (i.e avocados, fruit and olive oil) is better to incorporate into your diet than its counterpart LDL cholesterol,” says Dr. Djordjevic . “I would say eat less saturated fat from animal sources (red meat and dairy especially) since it raises your LDL cholesterol. Eating healthy and including lots of fruits, veggies and nuts can help reduce cholesterol (as well).”

While many individuals give saturated fat more backlash than it may deserve (if you make healthy eating choices, such as avocados and coconut oil), there is one particular kind of fat that should be avoided at all cost—and that’s trans fat!

Technically illegal in the United States, trans fat is notably a major culprit behind many medical and health complications. According to the American Heart Association, it’s by far the worst kind of dietary fat. “It is a byproduct of a process called hydrogenation that is used to turn healthy oils into solids and to prevent them from becoming rancid.”

In fact, while many medical institutions say that fat intake should be kept under a certain amount of daily consumption, there is no actual benefit to consuming any caloric intake of trans fat. In a statistic by the American Heart Association, “for every two percent of calories from trans fat consumed daily, the risk of heart disease rises by 23 percent.” Yikes!

Overall, while eating any sort of fat (including saturated) will cause an increase in the body’s cholesterol levels, it’s important to pay attention to both healthy and unhealthy types of cholesterol. By eating healthy saturated fats (like those from plant sourced foods), you may actually bring your overall unhealthy LDL cholesterol down. Healthy eating alongside proper exercise and workouts, like those on the Aaptiv app, will reduce your risk of harmful issues like heart disease.

No, You Don’t Need to Avoid Antinutrients

Don't be fooled by the name. 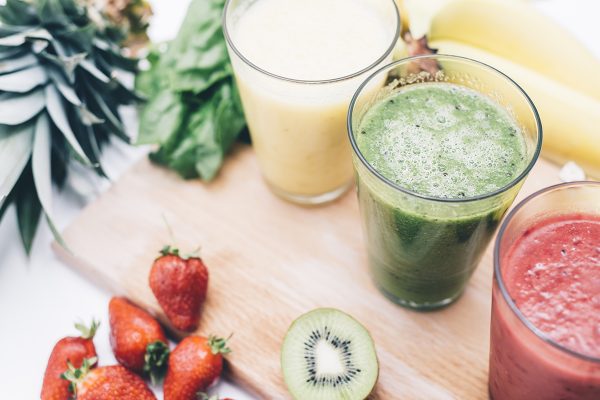 What Meals Should Runners Eat for Breakfast?

Healthy breakfasts to fuel you up for exercise

Load up on these superstars!