When Does a Runner Need to See a Physical Therapist?

Don’t let these common running injuries get out of hand.

A physical therapist’s office is the last place that a runner wants to be, but avoiding it when you’re in pain could land you there for even longer. These functional movement professionals want to help you correct the root cause of your problem. So, it’s important to know when to consult an expert about the little discomforts before they become full-blown injuries. Here to explain the symptoms that might require therapy is Robert Gillanders, DPT, of Bethesda, Maryland, and Kansas City DPT Nathan Carlson. Find out if your discomfort warrants a visit to the physical therapist.

Seek a Physical Therapist When…

Your pain is a three out of ten, or greater, on the pain scale.

Both Gillanders and Carlson employ the pain scale in their physical therapy practices, primarily because running through persistent pain isn’t a smart idea. “If you’re having pain with day to day activities, especially things that aren’t loading your body as much as running, that’s a red flag that you shouldn’t be running right now,” Carlson says. You might not realize the pain changing your mechanics and causing a limp, but such biomechanical breakdowns tend to end in further injury.

Your single-leg balance is poor.

Physical therapists (PTs) can not only help you recover from injuries, but they can help prevent new ones, as well. Poor single leg balance is indicative of a stability deficiency that could become an injury if it hasn’t already, says Gillanders. “It’s a really objective test with the single-leg squat: Are the ankle, foot, and thigh staying stacked on top of one another, or deviating toward the midline?”

Test it out on yourself: Get in front of a mirror and do ten single-leg squats. If the knee turns inward, or if you struggle to control the movement, it might be worth consulting a therapist to work on balance and stability.

Your pain is interfering with daily activities.

Runners might put off a visit to the therapist when an injury interferes with training. But Carlson says that his patients finally cave when the pain begins to interfere with their day to day lives. “Once it bleeds into daily things, like prolonged sitting, squatting, or going down steps,” he says, “those are signs [that] it’s time [that] we have someone take a look at this.” Of course, it’s better not to wait that long, but the pain that follows you past the end of a run is worth an expert opinion.

Your pain is recurring.

A common misconception is that rest alone can resolve a running injury. “The typical inflammatory cycle lasts up to five days,” Gillanders says. Although rest is great for reducing swelling and general recovery, it doesn’t address the cause of an injury. “If somebody gives it a couple weeks and the pain is immediately back, I don’t necessarily want to tolerate stuff lingering around for a long period of time,” he adds.

One such example is medial tibial stress syndrome, better known as shin splints. It’s a common overuse injury, especially for runners new to the sport, but it shouldn’t stick around forever.

Your injury is specific to one side.

Overuse injuries tend to occur equally on both legs, and the best prescription tends to be rest. An injury that’s only occurring on one leg, however, might require a closer look. “I’m always curious as to why that one side broke down and not the other,” Gillanders says. “One side tanks because something left it more vulnerable.”

Nursing a one-sided injury means that you’re shifting the stress to another area, which can compound the problem, Gillanders notes.

Symptoms of the Most Common Injuries

Look out for these symptoms of common running injuries.

Patellofemoral pain syndrome, aka runner’s knee, occurs when the joint between the thigh bone and patella kneecap becomes irritated, Gillanders says. “[With] every stride [that] you’re taking, you’ll have pain,” Gillanders says. A common scenario: A patient runs a race or hard workout with some pain, takes time off to rest, and then the knee blows up when he or she returns to training. If the knee feels stiff or sore the day after a run or hurts while running downhill, it could be runner’s knee, Carlson says.

Iliotibial band syndrome also manifests with knee pain. Rather than feeling it on the kneecap, though, you’ll likely ache on the outside of the knee. “The thigh bone tends to excessively rotate inward or drift toward the midline,” Gillanders says. Because the IT-band is a passive tissue, meaning it’s just there to stabilize rather than contract, a PT can help you address the tightness causing the pain.

You probably know it better as achilles tendonitis. Therapists like Carlson use “tendinopathy” instead because it covers both tendonitis—an inflammatory tendon injury—and tendinosis, which isn’t inflammatory. Either way, you’ll know that you have it when your achilles hurts like all get out. “If the foot is excessively pronating, or beyond the mid-distance of the gait, that tendon is now under a lot of pressure that’s abnormal,” Gillanders says.

Even though bone injuries are vastly different from soft tissue problems, Carlson says that they can be difficult to differentiate. Carlson says that in most cases, a fracture is determined by an MRI or CT scan, but not always. “We might be comfortable with saying it’s a stress fracture based on presentation alone,” he says. If the pain only gets worse with more impact, it might be worth seeing a PT. If it’s shooting, unbearable pain, an orthopedic surgeon might be your first move. He or she may then refer you to a PT for recovery.

Gillanders says that plantar fasciitis occurs for similar reasons as achilles tendinopathy: a faulty movement pattern causes the fascia to become guarded and tense up. Sharp pain on the bottom of the foot—as though the tissue is being torn apart when you point your toes upward—is a common indicator.

Visiting a PT can definitely help alleviate some of these issues. However, a great way to prevent them from recurring and getting worse is to practice correct form, as well as warm up and cool down before workouts. Aaptiv can help you do all three, with a trainer in your ear telling you exactly how to warm up your muscles, how to practice correct form, and how to bring down your heart rate. 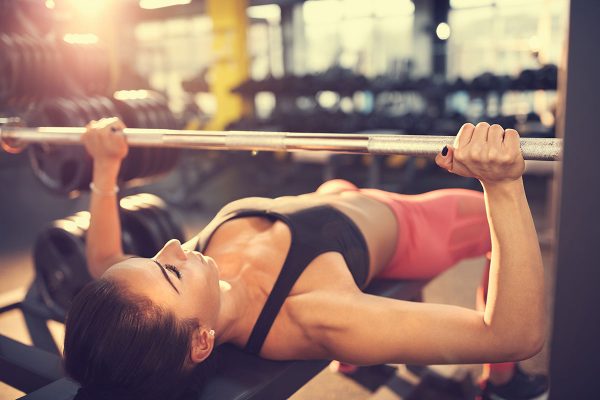 8 Signs That Your Bench Press Form Is Incorrect

To master the perfect bench press, cut out these simple yet harmful mistakes. 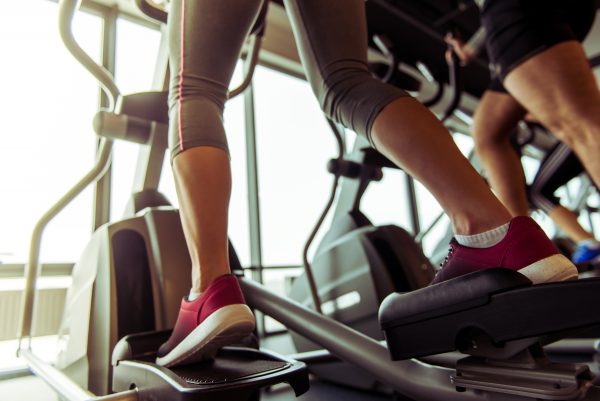 How to Perform HIIT On The Elliptical

Here’s how we apply high-intensity interval training to this versatile machine. 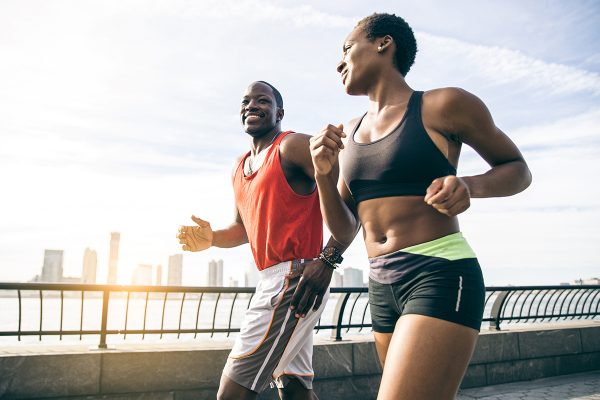 8 Cardio Myths That You Need to Leave Behind

Make the most out of your cardio workouts by getting your facts straight.