How Far Can I Run Without Losing Muscle Mass?

A guide to keeping the muscle mass that you worked hard to build.

If a post-lift pump makes you feel like Superman, a nice long run has to be kryptonite, right? Not so fast. With a bit of scheduling and workout tweaking, resistance and aerobic training can exist simultaneously and harmoniously.

The concept is called concurrent training, and Alex Viada, C.S.C.S; David Larson, C.S.C.S*D; and 2016 NCSA Personal Trainer of the Year Nick Tumminello, CPT, are here to coach us on how to make our running and strength aspirations get along.

The Relationship Between Running and Strength

The myth that running makes you small is just that. “There’s plenty of proof with contest bodybuilders—whose sole interest is building muscle—that you can use aerobic training to burn fat and build fitness, while also building muscle,” Viada says. Just ask former professional runner and American record holder Ryan Hall: After hanging up the trainers, the sub-2:05 marathoner packed on 40 pounds of muscle while running about 40 miles per week.

Looking to pack on some size? Aaptiv’s strength training workouts are just what you need.

A fitness regime that involves weekly bouts of resistance and aerobic exercise is called concurrent training. In fact, resistance training can aid aerobic performance and vice versa. “Concurrent training enhances the potential for gaining muscle mass,” Viada says. “Because it increases general work capacity and helps you recover faster, you’ll be more mentally and physically capable an hour into a resistance workout with a general aerobic base.”

The research on concurrent training includes a variety of aerobic modalities, including running, walking, cycling, rowing, and others. Of the lot, running seems to be the least effective supplement to resistance gains. The mechanics of hypertrophy, Larson says, favor cardio that promotes the metabolic stimulation of lower body muscle tissue. “On the stair trainer, you feel your quads burning; on the bike, your legs are burning. Those things are going to give out before your heart does,” Larson says. “Because running is a full-body cardiovascular exercise, usually the legs aren’t going to give out first.”

Viada notes that the mainly eccentric component of running might interfere with strength training more than cycling. Despite this, the efficiency of the individual is key. A well-adapted runner, he says, can run substantial distances without a detrimental effect to his or her weight training. A less efficient runner, however, might tire sooner, thus entering a subsequent resistance session depleted.

Run after resistance training for most mass…

If your primary concern is building or maintaining muscle mass and strength, then running can’t be paramount. “Whatever you do first—strength or cardio—is really what you’re going to get the most benefit from, due to the fatigue coming from it,” Tumminello says. He’s referring to two sessions on the same day. Still, the statement applies to the general relationship between strength and resistance training.

In 1980, University of Illinois-Chicago researcher Robert Hickson published a landmark paper on concurrent training. Hickson had one participant group train for endurance, another trained strength, and a third did both. “Simultaneously training for strength and endurance will result in a reduced capacity to develop strength, but will not affect the magnitude of increase in VO2max,” he wrote. Too much cardio can reduce your strength gains, but the opposite isn’t true.

We’re referring to strength rather than mass because the research tends to measure strength. However, Tumminello notes that, generally, a bigger muscle is a stronger muscle. “You can gain muscle as long as you’re using resistance training, but you’re less likely to get as much benefit out of resistance training if you do it after aerobic training,” Tumminello says. Indeed, a 2003 Journal of Strength and Conditioning Research paper found that people who did aerobic training within eight hours of strength training put up fewer reps on a leg press than those who had more time to recover.

The is known as the interference effect and has to do with the amount of fuel in a specific muscle group. “You have to think about muscle glycogen: When you run, you tend to deplete the body of carbs,” Larson says. “You need those carbs when you work out.” If you must run before resistance training, train your upper body so that you’re hitting fresh muscles.

To pack on the most mass, check out our hypertrophy classes in the Aaptiv app today.

…or run and do resistance training on different days.

The metabolic effect of a hard lift means you’ll metabolize more fat on a post-lift run, Tumminello says. One 2009 European Journal of Applied Physiology paper found increased fat utilization in people who did aerobic exercise after a resistance training session of comparatively higher intensity. A similar 2007 study in Medicine and Science in Sports and Exercise discovered that fat availability (the amount of free fatty acids available for use as fuel) increased during submaximal aerobic exercise when it followed a resistance session.

How to Run Without Shrinking

We can’t levy a generalized amount of running that causes muscle loss, mostly because running affects everyone differently. We can, however, offer some guidelines to help you find a balance.

One technique is monitoring your running volume as a function of caloric intake. “For endurance athletes, calories burned during running should not exceed 33 percent of daily calories,” says Viada, with regard to the amount of cardio a seasoned runner can do before wasting away. If you’re an efficient runner, that works out to about an hour of running. “For anybody who’s not a very good runner, let’s cap it at ten to 15 percent of total calories.”

Another method is testing your strength periodically. “Once every five weeks or so,” Tumminello says, “Test three-rep max on the bench press and six-rep max on trap bar deadlift; something lower body and something upper body.” Feel free to increase your running volume (all other variables held constant) until your resistance performance stagnates or declines. If you’re feeling an overall sense of fatigue with concurrent training, prioritize the resistance sessions to prevent muscle loss. 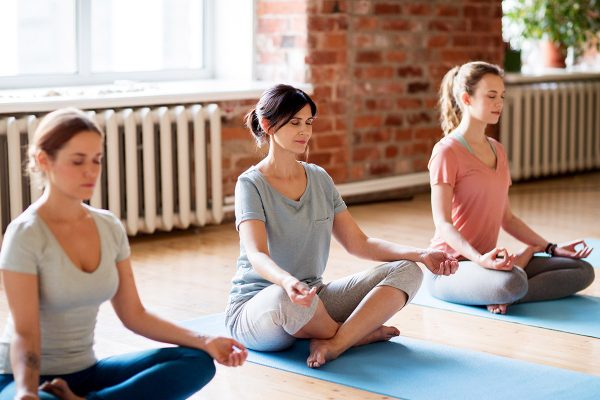 Chill Out With These 7 Yoga Tips to Relieve Stress

You’re just seconds away from ahh. 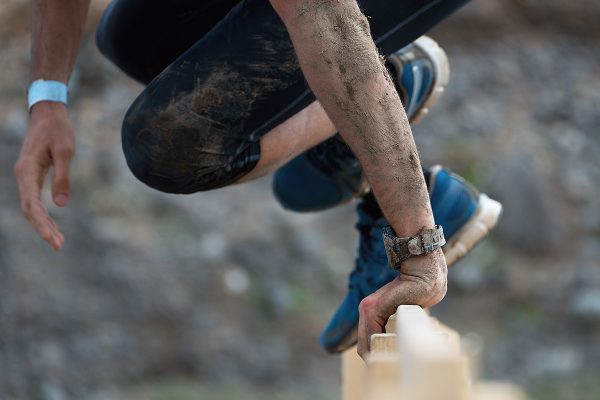 How to Use the Stair Climber for Obstacle Course Race Training

Follow these expert tips to get race-ready without getting lost in the woods. 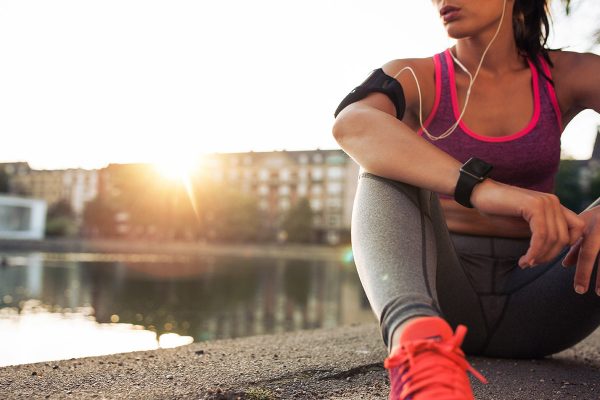