How Far Should You Run to Prepare for a 5K (at Every Level)?

You’ll run faster if you run longer before the race, but how much is right for you?

Just signed up for an upcoming 5K (maybe even our Virtual 5K)? You might be wondering how far do I need to run to prepare for a 5K? The short, oversimplified answer is: As far as you can.

There are obviously limits on how far anyone can run, but before we get into what keeps us from embarking on a Forrest Gumpian cross-country foot race, let’s lay out why you should strive to run farther than the race itself.

“The simplest reason why we run long, of course, is to develop the cardiovascular system,” says running coach and best-selling author Hal Higdon. “Stronger heart pumping greater volumes of oxygen-rich blood through wider arteries equals better performance at all distances up to and including the marathon.”

If running farther than your 5K in training sounds daunting, that makes total sense. But don’t worry. It’s not as scary as it seems, especially if you’re simply trying to finish the race and using a race training app like Aaptiv. Those looking to make a PR may need to add more distance training into their routine.

To give you an idea of how far you should run in training, here are general distance guidelines for each running level. Refer to these to safely and sustainably increase your mileage (or just make it through the race!) for your next 5K.

For 5K first-timers or those of us just getting back in shape, the key is knowing when to slow down or walk in order to hit mileage targets.

“Basically, run in the comfort level,” Higdon says. If it’s uncomfortable, slow down and walk; over a period of time you’ll build an aerobic base and the ability to go farther and farther.”

Week 1: Run three 1.5-mile days each week (half of race distance each session), either rest or have an easy run or walk for two days, take one day completely off and walk 30 minutes on Sunday.

The weekly progression: Add 0.25 miles to each run and five minutes to each walk.

Week 8: You’re now running three miles each day, just short of race distance, and building your aerobic base with an hour-long Sunday walk. You’re much stronger and primed to compete at this distance.

Aaptiv can help you with your first few races. Our trainers will get you race ready in no time.

If you’re a habitual 5K junkie and the distance itself no longer phases you, you’re ready for the next mileage-building step. Just remember that it’s still possible—and perhaps more likely—for accomplished runners to get greedy with distance and pace gains, which can only end poorly.

“If (runners) get involved with a program or a class or a club and start running with other runners, they might start to think, ‘Gee, I can’t run as fast as those people, I’ll never be that good of a runner’,” Higdon says of the potential for overtraining in a group. “Some of the elite and sub-elite athletes still don’t know when it’s time to slow down.”

With that in mind, add some pace work into your weekly training plan.

Week 1: Run 3 miles three times a week (one of those efforts can be a bit faster) and five miles on Sunday; take two days completely off and hit an interval workout of five 400 meter repeats in the middle of the week.

The weekly progression: Add one or two miles to one of your three 3-mile runs each week, add a mile to your long run every other week, and alternate your workout day between 400 meter repeats (adding another rep each time) and 30- to 40-minute tempo runs, which should progress in distance until the week before race day.

Week 8: You’ll want to continue the same training going into the race, but dial the volume back a notch to get your legs fresh for the big day; you can even take two days completely off before the race. A crisp 30-minute tempo will suffice for the week’s workout, which should be at least three days before you toe the line for ample recovery.

Once you’re comfortably running 20 to 30 miles a week and taking no more than two rest days when healthy, it’s safe to say you’re advanced. Between the increased mileage and higher-volume workouts, the key here is recovery between efforts.

“Bill Bowerman, the late University of Oregon track and field coach, had his athletes do a hard day and follow it with an easy day so the Oregon runners could run the next day harder again,” Higdon says. “Over weeks and months and years, you build a much stronger runner who turns into Galen Rupp.”

Motor through the 5K with this challenging routine.

Week 1: Hit a 3-mile run on Mondays and chase it with five 400-meter intervals on Tuesday, then run easy or rest on Wednesday. Thursday is 30-minute tempo day, then rest again Friday, just as Higdon specified. Saturday, you’ll run four miles fast, and Sunday you’ll run for an hour.

The weekly progression: Add a rep or three to the Tuesday 400-meter intervals each week, and up the Thursday tempo to 35 or 40 minutes each week, culminating in a 45-minute effort on week seven. Add five minutes to the Sunday long run each week so you hit 90 minutes the week before the race. And run six miles for good measure.

Week 8: Just as we saw in the intermediate plan, race week is a continuance of the same regime, just less. Run fast 200-meter repeats on Tuesday instead of the full quarter mile to put some spring in your stride, and bump your Thursday tempo up to Wednesday to allow maximal rest (assuming you’re racing on the weekend). You’ve come a long way, and when the starter gun fires, it’s time to let everyone know it.

Want to learn more about Aaptiv’s running programs? Check them out in app today. 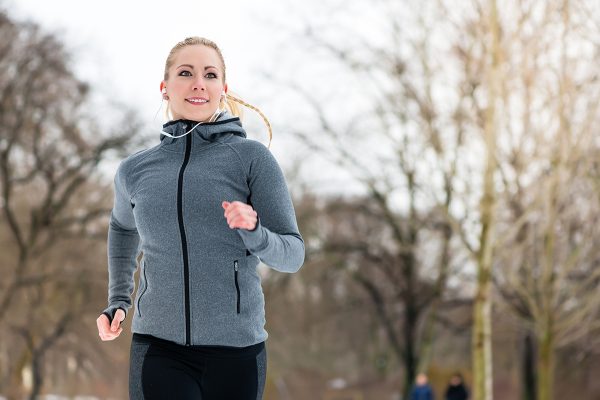 The Case for Running in the Cold Weather

Science says that you should hit the trail even when those temperatures drop. 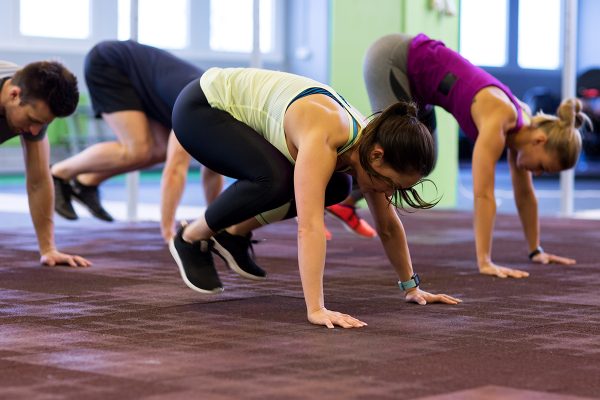 Ditch the weights and add these full-body exercises to your training regimen. 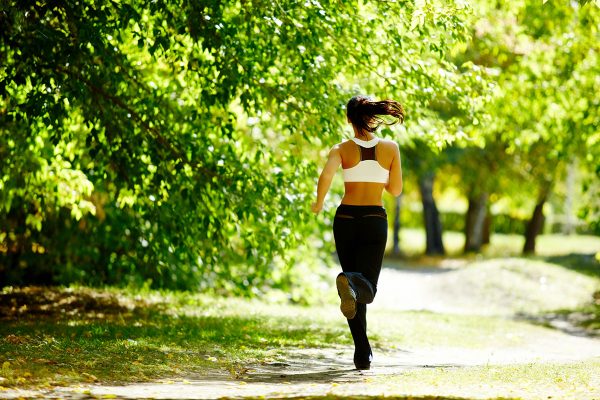 Learning how your foot interacts with the ground is crucial for injury prevention.