How to Run Fast Without Getting Injured

Don't try to do too much too soon.

No matter how long you’ve been running, at some point, you’re probably going to face an injury from the sport. Running puts extra stress on your bones, joints, and muscles. And pushing your body too hard can lead to knee, hip, foot, and ankle pain or injuries. However, increasing running speed is a common goal for many runners. And better pace often improves your performance overall. Our experts share their best advice regarding how to run fast without getting injured so that you can run for speed and train safely at the same time.

“Human beings were meant to run fast. Not to avoid being late for the bus, but to avoid being eaten by a predator,” says Dr. Derek Ochiai, a leading sports medicine doctor and orthopedic surgeon. “However, sprinting can increase the risk of injury. The most common sprinting injuries are hamstring strains or tears, Achilles’ ruptures, and hip flexor injuries. If you are relatively sedentary, do not start with sprinting. Start with lower intensity jogging and other aerobic activities to have a foundation of fitness upon which to build.” Aaptiv has cardio classes that are perfect for those looking to build their aerobic base.

Similar to lifting heavier weights, it’s important to be prepared for increased demands on your body when you run faster, adds Physical Therapist Dr. Jasmine Marcus. If you’re new to running, don’t start with sprint workouts. Instead, make sure that you’re running a few times a week for at least a couple of months. Then make gradual adjustments from there. Research suggests that beginner runners are more vulnerable to injury. A 2013 study found that some muscles and joints are more susceptible to injury due to speed work rather than mileage. For example, injuries like plantar fasciitis, Achilles tendonitis, and calf strains are more commonly related to faster running. There is additional strain placed on your feet and lower body in comparison to easy running.

Give your body time to catch up.

“Injuries from increasing running speed don’t necessarily come from the speed itself, but from asking your body to do something [that] it’s not ready to do,” says Alicia Filley, a Texas-based physical therapist. “Running faster means a change in cadence, the timing of muscle firing, and biomechanics. Therefore, you have to give your body time to adjust and adapt to the change in activity level. Making drastic and sudden changes in your running habits can cause injuries.”

If you’re looking to increase speed, Filley recommends running short intervals at target speeds. Then gradually work up to higher amounts of time spent or distance at that speed. Dr. Ochiai says that after a quick stretching or warm-up session, you can try two to three repetitions of sprints. Take 60-90 seconds of rest between them. Do this two times a week. From there, as your workouts become easier, start increasing the repetitions and timing yourself to see how your pace and stride might be affected.

There’s no one-size-fits-all approach when it comes to running at certain speeds. But increasing your speed results in a higher impact every time your foot strikes the ground. Sports Medicine Physician Dr. Kenton Fibel says that you should focus on increasing the strength of your lower body to help avoid overload to joints and soft tissues.

“If you feel a weak part of your body such as your knee or ankle when you run work on that area with strengthening and balance exercises, instead of ignoring the weak link,” advises Orthopedic and Sports Physical Therapist Vivian Eisenstadt.

Stretching before and after your run will help, says Dr. Steven Weinfeld, chief of foot and ankle surgery at The Mount Sinai Hospital. By adding variety to your workout routine, you can build strength all over. This will also reduce your risk of injury every time you head out for a run. Cross-train through different types of cardio, but also strength exercises, yoga, core work, and bodyweight workouts. You can find classes in all these categories on the Aaptiv app.

“If you are running on uneven terrain or on a surface that you’re not used to, your ability to react to changes in the surface decreases as you increase speed. So chances of being able to correct yourself decrease,” says Eisenstadt. “In that way, you may increase your injury rate. Twisted ankles are common for this reason—having less time for the body to acclimate to different surface areas.”

In the meantime, she suggests jogging on the surface, or in the area that you want to use for running, a few times. This will help you get used to the surface. Your body will become acclimated to parts of the route that may be problematic. Vary your running surface as much as possible. There’s a big difference between running on the treadmill, an outdoor trail, up and down multiple hills, or in the concrete jungle of a big city.

After a tough, speedy run, give yourself a break in the form of a lighter day at the gym or a total rest day. Even if you feel completely fine, your body is still recovering. Pushing too hard too often causes overtraining, which can lead to injuries like stress fractures, shin splints, or hamstring strains. Also, the lack of proper recovery in between fast runs can actually lead to fatigue during your next run and worse performance. Be sure to adjust your workouts day-to-day to figure out what’s best for your body. If you’re starting to feel sore, make time for stretching, cupping, or foam rolling.

Work with a professional.

According to Dr. Ochiai, interval sprints can increase strength over time, and provide a worthwhile addition to a weight loss program. At the same time, for those who want to tackle serious speed goals for training around an ongoing pace, Eisenstadt says that you may want to reach out to a professional for additional support and guidance. 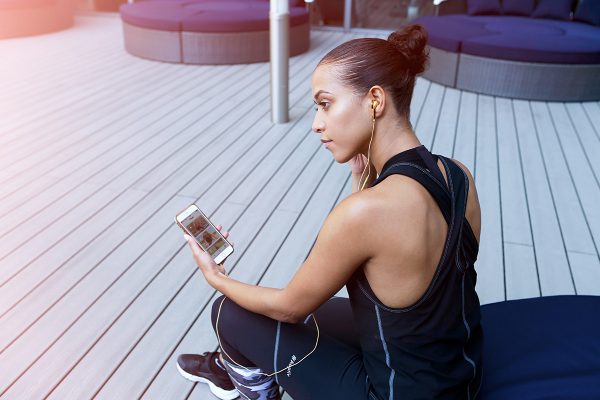 Let’s Hear It For Cardio: New Classes Are Live on Aaptiv

Kick things up this month with all-new cardio challenges. 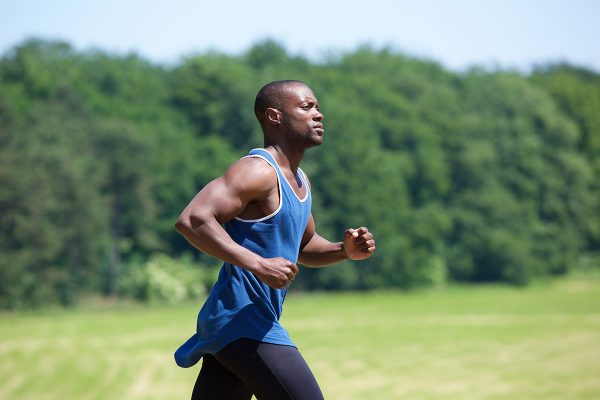 What Is Mindful Running and How Can I Tap Into It?

Here’s how to utilize this running technique and unlock all of its benefits on and off of the track. 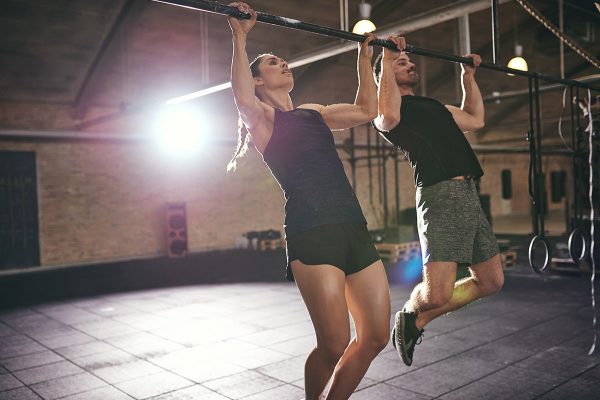 Follow this expert guide to do one, five, ten, 20, or more pull-ups.