Guys: Here’s Why You Shouldn’t Skip Your Annual Physical

A physician shares all the important reasons guys need to go to the doctor.

It’s no secret that men can be doctor-averse; getting evaluated can go against the “rub some dirt on it” ethos of our youth. “Men are less likely to be completely forthcoming,” says Dr. Cory Fisher, a family medicine physician at the Cleveland Clinic. Unfortunately, undersharing is literally killing us. Half of the men who die suddenly of a cardiac event had no previous symptoms, according to the Centers for Disease Control and Prevention (CDC). Annual checkups can detect silent killers, such as high cholesterol and hypertension. So, here’s why physicians want men to make it to their annual physical.

If you’ve skipped visiting the clinic for a few years, your physician will want to check for crucial predictors of heart disease. Heart disease is the leading cause of one in four male deaths. “We’ll look at blood sugar, cholesterol, and blood pressure levels,” Fisher says.

The American Heart Association (AHA) recommends that adults over 20 get their cholesterol checked every four to six years. A cholesterol test determines whether dietary changes or medications, such as statins, are in order. Research published in the May 2016 issue of Atherosclerosis found that elevated total cholesterol is a risk factor for coronary heart disease. And the risk is greater in men with high cholesterol than women.

Even if you haven’t had cholesterol issues and maintain a well-balanced diet, high cholesterol still isn’t out of the question. “The conversation is also about understanding underlying risk,” Fisher says, including “Getting the family history, learning what affected parents or siblings.” Inherited high cholesterol, according to the Harvard Medical School, affects more than 500,000 Americans and, if left untreated, may mean a heart attack for 85 percent of men before age 65.

One way to bring down your cholesterol is with a regular fitness routine. With hundreds of classes across several categories, Aaptiv makes it easy.

Like high cholesterol, high blood pressure is a sneaky risk factor for heart disease. “Hypertension is the silent killer; it has no symptoms,” Fisher says. The authors of a 2013 Global Heart study named hypertension—and the cardiovascular disease that follows—as the “leading cause of mortality, globally.” Even young men ages 20 to 34 have hypertension at an 11 percent rate, as compared to seven percent for women of the same age, says the AHA.

Your doctor will also check blood sugar levels. Elevated blood glucose decreases the vasodilating effects of nitric oxide and narrows blood vessels. This increases the risk of hypertension, according to Medical College of Georgia researchers. High blood glucose can also lead to ketoacidosis. This causes ketones from broken down fats overwhelm the body with potentially life-threatening results.

For the above reasons (and more), physicians like Fisher first start with checking the levels you can’t see or feel. “Knowing that high cholesterol, blood pressure, and hypertension are major risk factors that often go undetected, it’s important to make sure you’re working with a doctor and care team,” he says.

High on the list of tight-lipped male topics are urinary conditions, including enlarged prostate and erectile dysfunction. “A lot of men don’t like to talk about that,” Fisher says. “We often have to go fishing for that information.”

Yet, conditions like enlarged prostate are quite common. According to the Mayo Clinic, one in three men will experience moderate to severe symptoms of an enlarged prostate by 60. One in two will feel the effects by 80. Your doctor will also determine whether you should be screened for prostate cancer. The screening’s effectiveness is up for debate. Depending on your age and family history, though, it might be worth it. A 2017 Annals of Internal Medicine study found the prostate-specific antigen test resulted in 32 percent fewer prostate cancer deaths in men aged 55 to 74.

Fisher says men shouldn’t have trepidation over discussing erectile dysfunction (ED), either. According to Fisher’s Cleveland Clinic, 40 percent of men aged 40 are affected. By 70, the rate of erectile dysfunction is 70 percent. And patients with heart disease, diabetes, and hypertension are more likely to have ED.

“Skin cancer is an issue for men because, as we get old[er], sun damage can accumulate,” Fisher says. “That puts us at higher risk. Men more commonly work outside [and] are less likely to wear sunscreen, so we do a good skin check.”

Two-thirds of the Americans who died from melanoma in 2013 were men. If you find a suspicious-looking growth, don’t hesitate to move up your annual physical or schedule an appointment with a dermatologist. According to the American Academy of Dermatology, 99 percent of people whose melanoma is found and treated before reaching the lymph nodes will survive. See the Skin Cancer Foundation’s ABCDEs of early recognition.

Of all the questions he asks men, the topic of mood disorders ranks among Fisher’s most sensitive subjects. “To be frank, it’s about how you ask,” he says. “You ask, ‘How’s it going?’ You keep questions open-ended to get a sense of how someone might feel emotionally, based on eye contact or the conversation.”

Your doctor will likely pick up on body language or speech clues. He or she knows that men are good at hiding depression and anxiety. “That’s why we do routine screenings for depression in men; often times it goes unrecognized.” An unfortunate statistic fuels Fisher’s persistence. The rate of male suicide is 3.57 times higher than it is for women, according to the American Foundation for Suicide Prevention.

Encourage Self-Reflection on Your Health

Fisher knows that his average patient probably isn’t the picture of impeccable health. And this is especially true of men over 40. “The 40-year-old who exercises regularly and eats healthy and doesn’t engage in any unhealthful behaviors—there aren’t a lot of those out there,” Fisher says. So, for that reason, a conversation with a physician is all the more important. He or she can help you evaluate your family history and underlying risk factors to form a personalized plan for better health.

Fear of a bad test result shouldn’t keep you from seeing a physician, either. “Health isn’t dictated by labs; it’s dictated by lifestyle,” Fisher says. “We talk a lot about what is a healthy exercise, how to optimize the intake of whole foods—that’s what drives health.”

Plus having these conversations may help you start on change with a strategy that works for you. At Aaptiv, we understand that everyone’s journey is different. That’s why we offer something for everyone. 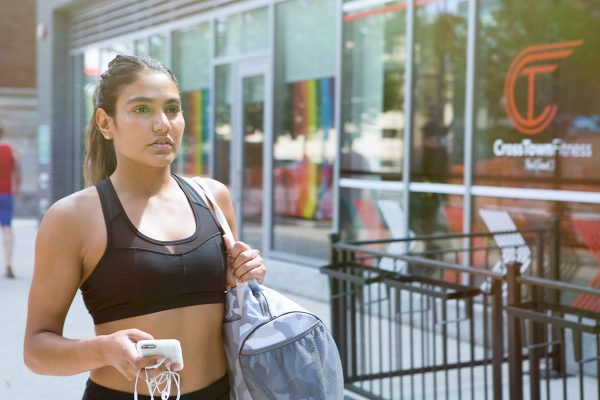 What Actually Happens to Our Bodies When We Skip the Gym?

Experts explain the physical and mental effects of a fitness break. 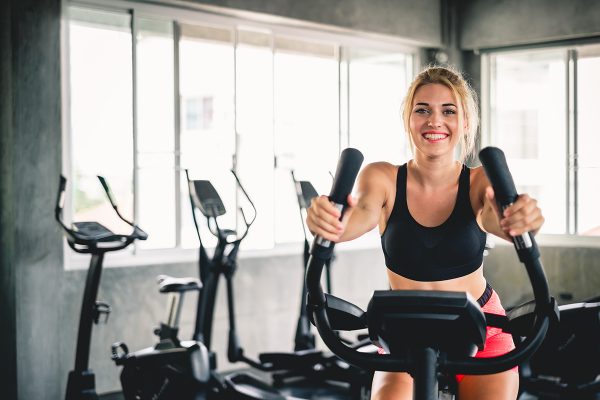 Here’s How Hypothyroidism Affects Exercise—and How to Combat It

First step, identify what it is. 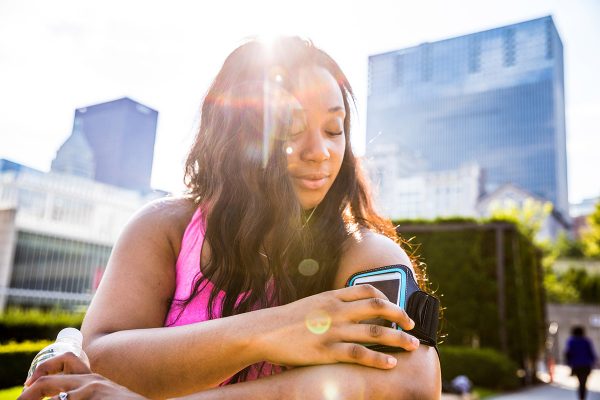 Trackers at the ready! We're all tallying up our activity these days but do you really need to log 10,000 steps to stay healthy?