The Reality of Staying Active With Fibromyalgia

Two athletes share their stories of learning to thrive with the chronic illness.

Aches, pains, and fatigue are all part of the athletic process. Presumably, most runners have known the fascia-tearing sensation of plantar fasciitis, and most gym-goers have pulled a muscle at some point. Being sidelined from your favorite activity sucks, but most of us get by on the assumption that soon enough, our bodies will heal, the pain will fade and we’ll be back at it.

But, for some people, like former track athlete Megan Densmore, who at the age of 13 began to feel her physical ability lacking, and was subsequently diagnosed with fibromyalgia—a disorder that brings on musculoskeletal pain, and affects energy levels, sleep, mood, and memory—the fatigue never faded; nor, did the aches and pains. What’s even more frustrating is that this disorder, which can be triggered by a specific trauma, in many cases just simply happens.

Similar to other forms of chronic pain, fibromyalgia is invisible. This means those living with it don’t necessarily get the adequate accommodations for an illness that literally prevents some sufferers from getting out of bed.

For Densmore and writer Victoria Stopp, maintaining an active lifestyle helps to mitigate symptoms of fibromyalgia. The pair shared their experiences of living with fibromyalgia with Aaptiv to help us better understand what it’s like to live well with chronic pain.

Stopp, a runner and author of the 2017 book Hurting Like Hell, Living with Gusto: My Battle with Chronic Pain, first felt the symptoms at age 25, although it would be another eight years until her diagnosis. A former college soccer player, Stopp originally assumed the initial pain would subside—she was in her 20s, after all.

“It just wasn’t treated properly in the beginning,” Stopp says. “I just didn’t expect something to not go away, I was used to getting hurt and getting better. I would be running and I couldn’t turn my head.”

Densmore was diagnosed much quicker, but that defining moment raised a lot of new questions for a teenager to consider. “Initially, when I received my diagnosis as a teenager, I was told I would no longer be able to be an athlete, [that] there was no cure, and that I would be in pain for the rest of my life,” Densmore says. An instinctive competitor, Densmore knew right away that she wasn’t just ready to up and leave athletic competition. “Though I faced many challenges over the past 20 years, I never accepted that outlook as fact,” she says.

Both Stopp and Densmore have seen exercise help reduce their symptoms, but they must be conscious of how much they’re stressing their bodies at all times.

“I used to think I’d win my age group in 5Ks, but at this point, I just want to run one and feel great about it,” Stopp says. An avid runner before the diagnosis, Stopp hasn’t been able to run in the past six months due to back pain, but she gets outside regardless. “I walk all the time,” she says. “I still hike whenever I can. But, nothing is like running; running is the best.”

To combat the pain, Stopp has tried a multitude of traditional and non-traditional pain relief interventions. She says she believes her drawn-out diagnosis and persistence with ineffective methods might have made the situation worse. “If I had been properly diagnosed and had access to things like acupuncture and chiropractic care—instead of standard muscle relaxers and painkillers—I could’ve had a bigger chance at recovering,” Stopp says.

Densmore has also had luck with acupuncture; she also eats foods that adhere to an iteration of the paleo diet, and supplements with vitamins to give herself every wellness advantage possible. A competitor in kettlebell sport, Densmore is acutely aware of her exertion and the condition of her body.

“My day-to-day includes being conscious of everything I do, from how I eat to getting enough sleep, to taking my vitamins and being aware of my limits,” Densmore says. Her symptoms have declined over the years and she’s now in remission, but that doesn’t mean she can afford to slack off. “Choices I make every day impact my ability to stay in remission,” she says. “I earn it.”

Listening to your body is key in every individual fitness journey. That’s why Aaptiv offers everything from grueling strength classes on days you’re ready to crush it, to mediations for days when you just need some space and time to breathe.

Densmore accepts what ability her body gives her and runs with it as far as she can. “Sometimes I need more recovery time, sometimes I don’t; sometimes I have to shift my diet,” she says. “And sometimes my body just won’t do things and I never know if it’s fibromyalgia or if it’s mental or another genetic factor, or any one of the infinite number of factors that might impact training adaptations.”

The figures on a training log and the results of a competition, then, aren’t marks of success or failure. It’s an appreciation of the process that drives Densmore. “The biggest lesson is to listen to my body and go with the flow,” she says. “Patience over perfection. Process not results.”

As Stopp writes in her book, there’s no way to sugarcoat what it’s like to live with pain every day. “It’s horrible, I’m still not to terms with it honestly,” she says. “There comes a point where I felt like I was living someone else’s life. Life was playing soccer and running and—within reason—doing whatever I wanted to do. To suddenly not be able to do what you want to do; it feels like you’re living someone else’s life.”

The cover of Stopp’s book is a photo of her running, and remembering the sensation of the stride is what motivates her to do everything she can to get better. “I’ve been doing more of my own homework,” she says. “Choosing how I get better.” 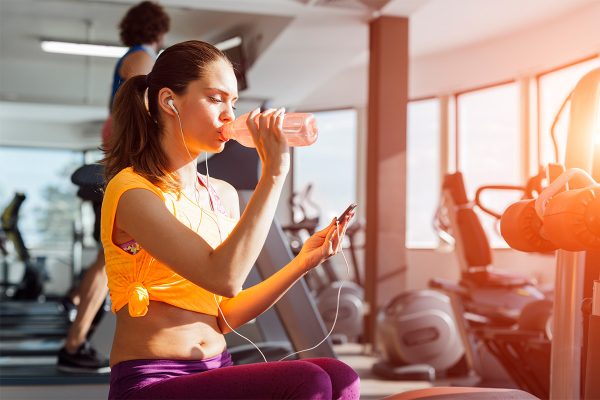 Doing This on Your Phone Is Ruining Your Workout

Staring at your phone screen is standing between you and an effective sweat session. 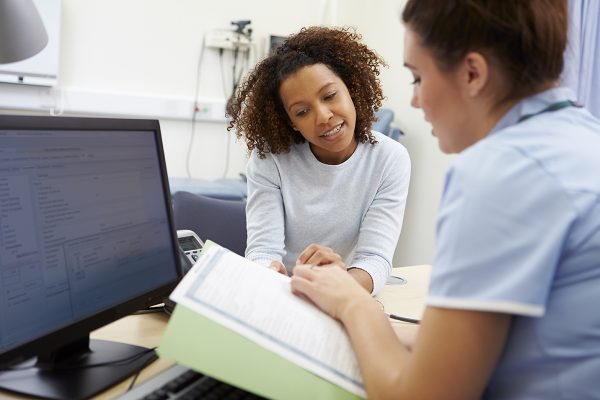 7 Signs of Breast Cancer That Aren’t a Lump

Be your own health advocate this Breast Cancer Awareness month—and always! 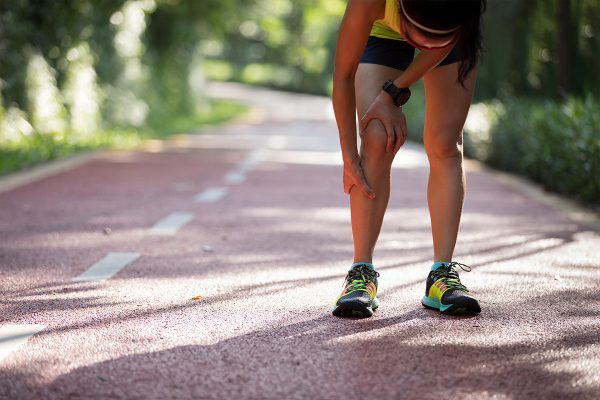 CBD and Injuries: What It Can and Can’t Do for You

When you’re hurting or sore, you could reduce inflammation thanks to this buzzy oil.