Learning how your foot interacts with the ground is crucial for injury prevention.

If you’ve ever talked to anyone about running, you’ve probably encountered the terms “underpronation” and “overpronation” talked about in workouts from some of the Aaptiv trainers. Perhaps you’ve been told that you pronate too much or too little, or simply that you pronate.

To define these oft-cited, perhaps misunderstood terms, and to find out what they mean for your stride, we’ve enlisted the expertise of Kari Brown Budde, DPT and USATF-certified running coach.

Keep reading to learn more about how pronation impacts your runs.

Let’s get this out of the way. Every ambulatory human being pronates—being told you pronate is like being told you breathe. “Pronation is when the inside, or arch area, of the foot flattens out and gets closer to the ground,” Brown Budde says. Pronation occurs when the foot first contacts the ground. The inward flattening motion dissipates the force from the footstrike and prepares you for the next phase of the stride.

“Supination is when the arch gets higher or further away from the ground and the foot stiffens up,” Brown Budde says. When the foot is directly underneath you, it’s pronating. When it’s pushing off for the next stride, it’s supinating. They’re opposite, yet complimentary actions, and they’re both needed to absorb impact and propel you forward. “A lot of people think that pronating is bad,” she says. “Pronation and supination are necessary. You need both parts for a healthy foot and stride with walking and running.”

Problems arise, Brown Budde says, when pronation dominates supination, and vice versa. From such imbalances, we derive the terms “overpronation” and “underpronation,” although the latter phrase is essentially just excessive supination.

“It could be a joint mobility issue, a muscle issue, or a cause further up the kinetic chain at the hip,” Brown Budde says, in references to the sources of pronation and supination imbalances. “It could be either leg or both, depending on the person. And it could be related to mobility and stability.”

A runner’s pronation also has to do with the shape of his or her feet, according to the NHS. People with naturally low arches tend to have more flexibility in their feet. Therefore, they may be more disposed to pronation than supination. The net imbalance is overpronation. Conversely, people with high arches tend to have more rigid feet. That’s a positive for powerful supination, but high arches don’t roll inward as well during pronation. The net imbalance is underpronation.

Can too much or too little pronation cause injury?

Both overpronation and underpronation can lead to injury, but the types of injuries differ between the two. “Sometimes people who overpronate will start to have shin splints, arch pain, and Achilles issues,” Brown Budde says. “Underpronating people are more likely to get impact issues or stress fractures.” The nature of an inflexible foot, she says, makes underpronators more likely to injure themselves, due to excessive impact.

How do I determine my level of pronation?

Past that, Brown Budde recommends seeing a physical therapist who specializes in running, but not just when you’re injured. A running store might offer a gait analysis to determine pronation, but an expert is the best route for understanding the biomechanics within your stride.

Should I try to change my pronation?

Imbalances between pronation and supination alone aren’t cause for alarm. “You definitely can [change your pronation],” Brown Budde says. “The big question is, should you? We do see a lot of people at higher ends of the scale, either a lot of pronation or supination, who are perfectly healthy.”

In the absence of symptoms, Brown Budde says, it’s not strictly necessary to attempt to change one’s pronation. That being said, incorporating ancillary ankle and calf exercises into your routine protects against potential imbalance-induced injuries. It will also improve your stride.

“All runners should be doing some barefoot balances and ankle and calf flexibility exercises,” she says. “That’s going to make the most impact on how much the foot is under- or overpronating, and how well it absorbs the shock.”

Related: Check out our running workouts within the Aaptiv app!

Start by balancing barefoot on one leg and leaning against a wall to stretch the ankle and calves. See a physical therapist if pronation-related symptoms persist. 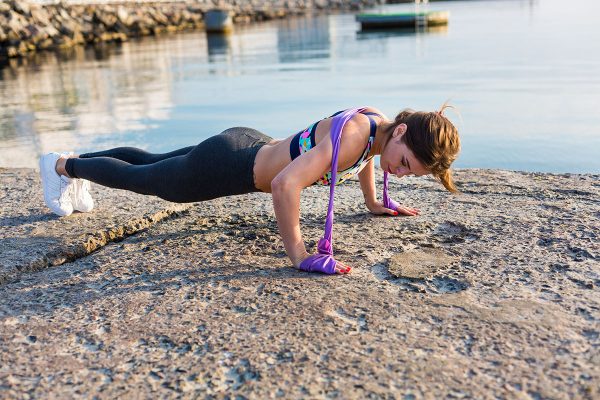 Effective Resistance Workouts to Do On the Beach

Easy to follow moves that you can take from the gym to the beach. 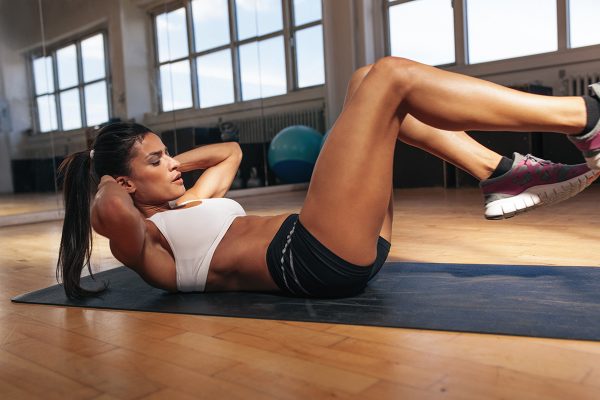 All Your Strength Training Questions, Answered 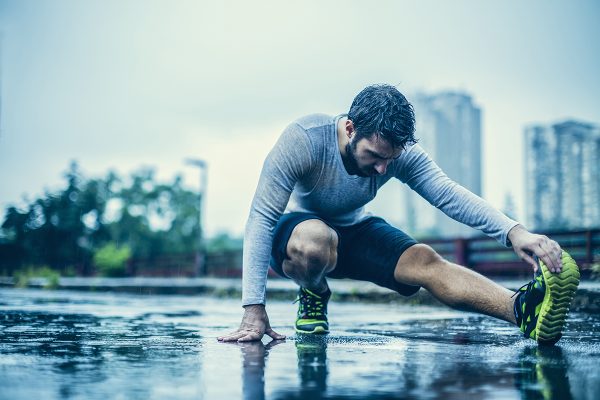 In our final installment of our multisport prep series we tackle tough transitions and brick training.