We’re told at an early age that milk builds strong bones, and some of the best foods in life involve dairy. (Pizza and ice cream anyone?) But it seems as though more people are developing an intolerance for lactose these days.

We talked to experts to find out why lactose intolerance happens, the signs that you may have it, and whether or not you can still drink milk.

Regardless of what your diet looks like, it’s a good idea to supplement it with exercise. Aaptiv has thousands of classes in many different categories, you’ll never get workout boredom again!

What does lactose intolerant mean?

Milk contains milk proteins and sugars (which come from the carbohydrates in milk). Accredited Practicing Dietitian (APD) Rebecca Tippett, says, “Milk contains 3.3 percent total protein, of which there are two major categories, casein and whey. [These] proteins take longer to digest in the stomach than carbohydrates.” Once the amino acids in them are separated by the pancreatic enzymes, Tippett explains that they are then released into the small intestine, absorbed through the intestinal walls, and delivered to the liver.

On the other hand, “The carbohydrates in milk (lactose) are broken down by lactase, which is produced by the small intestine. Lactase is secreted to break down lactose into its simpler forms of sugar—glucose and galactose,” Tippett states. The body then absorbs these simple sugars and uses it as energy.

Dara Godfrey, a registered dietitian (RD), explains that if you’re lactose intolerant it, “means that you have an issue digesting lactose (a sugar), which is the main ingredient in dairy products.” A lack of lactase leads to malabsorption, and you will then experience symptoms of lactose intolerance.

Why do people become lactose intolerant?

Godfrey believes that approximately 30 million Americans are lactose intolerant. Tippett adds, “The most common cause of lactase deficiency is a genetic deficiency. Almost all babies have lactase. It’s a basic survival adaptation to enable them to survive on mother’s milk. However, as we grow older, the enzyme is less necessary, and some people lose the ability to synthesize the enzyme.”

Lactose intolerance is found to be more common in certain ethnic groups of people, such as people of Asian, African, and Middle Eastern descent. American Family Physician states, “Lactase deficiency is present in up to 15 percent of persons of northern European descent, up to 80 percent of blacks and Latinos, and up to 100 percent of American Indians and Asians.” Plus, the Better Health Channel says, “Up to five percent of Caucasians and up to 75 percent of non-Caucasians living in Australia are lactose intolerant.”

A Cornell University study believes that the reason for this stems from our ancestry. Dairy herding wasn’t feasible for ancestors who lived in very hot or very cold places. Also, there were diseases that wiped out cattle in certain areas, meaning that the people living there couldn’t adapt to dairy and, therefore, built a tolerance to it. It is individuals who can track ancestors from these places who are more likely to be intolerant to lactose than other individuals.

What about people who’ve taken time off dairy?

“People who do produce lactase will likely find that they can take time off dairy without inducing an intolerance,” says Tippett. “But, if your genes don’t enable you to produce lactase, then taking time off dairy and then reintroducing it will likely cause uncomfortable symptoms, as your gut bacteria readjusts to digesting it.” She advises to, “initially introduce fermented dairy products, like yogurt and kefir. [They] have bacteria in them that contain enzymes that break down lactose.” Once you feel comfortable with that, Tippett suggests to slowly increase “milk consumption over a period of time.”

This can happen immediately after, or up to a few hours after, ingesting lactose products. How much lactose you can have before experiencing these side effects varies from person to person.

What dietary changes do you need to make?

The dietary changes that you need to make depend on the severity of your intolerance. If your intolerance is mild to moderate, you might not need to automatically eliminate all foods that contain lactose. Instead, Godfrey recommends choosing items that contain lower quantities of it. “Opt for both goat or sheep’s milk. They are naturally lower in lactose,” she says.

For those who have a more severe intolerance, you need to look out for foods that contain lactose. Godfrey advises that you choose foods that are lactose-free. “Nowadays, it’s easy to find non-dairy milks, cheeses, and other products—whether they contain nuts, coconut milk, or soy products.”

“People who do not have lactase can get it by taking supplements,” says Tippett. “They can get the lactase enzyme in the form of a pill, or by eating probiotic bacteria, which will then live in their intestine and produce lactase.”

Are lactose-free and dairy-free the same?

It’s a common misconception that lactose and dairy are one and the same. However, this is not the case. All milk products contain lactose but not all dairy products have it. In other words, lactose-free refers to an item that may contain casein and whey (milk proteins), but doesn’t include lactose. Dairy-free, on the other hand, refers to items that don’t come from cows at all and are made using plant-based or nut-based alternatives. (Also, keep in mind that dairy-free doesn’t have a definition regulated by the FDA).

“Lactose-free doesn’t mean dairy-free,” explains Godfrey. “When you’re lactose intolerant, you can still digest casein and whey (both milk proteins, NOT sugars).” She points out that those who look for dairy-free items are often vegans or people who are allergic to dairy (typically to the proteins in them).

You may be worried about where you will get your calcium from if you’re lactose intolerant, but fear not. There are plenty of other food sources that can provide you with enough calcium to meet your requirements and support strong bones. As always, leafy green vegetables can do you no wrong. Kale and bok choy, for example, contain plenty of calcium. Soy products and canned fish (like sardines) are great choices, as are almonds, poppy seeds, and sesame seeds.

Lactose intolerance is becoming more prevalent in this day and age. However, it doesn’t mean that you have to completely overhaul your diet. There are plenty of alternative lactose-free and calcium sources that you can have. This way, you can still enjoy most of the same foods, just without the side effects!

Have workouts to go along with that stellar diet of yours? Aaptiv has new classes added every week in the app in many different categories. Check them out now!

Look out for these tells—you may be fiber deficient. 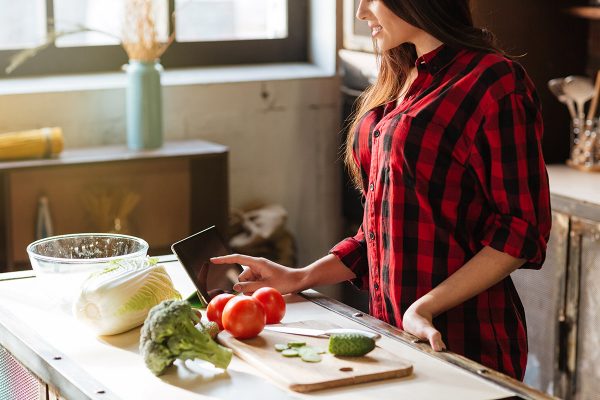 8 Tips to Revamp Your Kitchen for a Healthy Well-Being

Nutritionists share their tips for successfully revamping your kitchen. 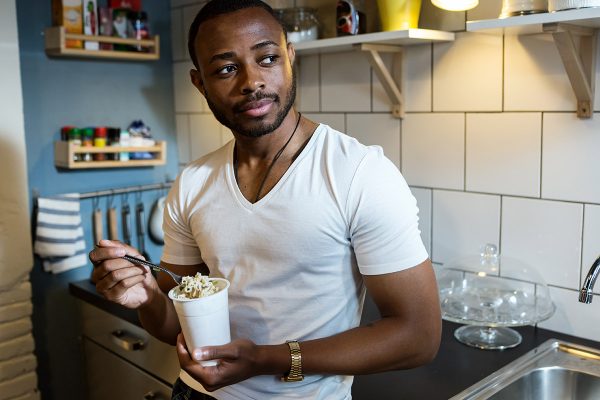 Reverse Dieting 101: What Is It and Where to Start?