What Athletes Should Know About Patellar Tendinitis

If you grew up singing “the leg bone’s connected to the knee bone,” you’re halfway to understanding patellar tendinitis, aka jumper’s knee. However, lower kneecap pain can manifest and stick around for a variety of reasons, so it’s important to understand the physiology before attempting self-treatment. Let’s bound into patellar tendinitis with Robert Gillanders, DPT in Bethesda, Md.

The Strong Yet Vulnerable Patellar Tendon

The patellar tendon connects your patella, or kneecap, to your shinbone. Spanning the two bones, the patella also attaches to the quadriceps via the quadriceps tendon. The combination of muscles and tendons is what straightens and flexes our knees.

“On paper, tendons in the body are super-strong,” Gillanders says. “Think about how many repetitions you can do, carrying five to seven times your bodyweight a million times.” That said, the same tendons are only meant to work on one plane of motion. If an imbalance rotates the tendon, such as a knee turning inward during a stride or squat, the tissue can become irritated and inflamed.

“If the tendon is put into a place where it’s being stressed in a position it’s not designed to be stressed in, it becomes much more fragile,” Gillanders says. Imbalances and strength deficiencies are primary causes of patellar tendinitis, especially among runners because of the continuous force applied to the patellar tendon in a direction that the tendon isn’t well-adapted to handle.

Another chief cause of patellar tendinitis is overuse; the tendon may be adapted to the direction of the impact but not the force or frequency. Gillanders says this is especially common during springtime when warmer temperatures rouse dormant runners back into a routine that their soft tissues may not be ready for. “People go from being relatively inactive over winter to stressing their body in new ways,” he says. “I think people don’t necessarily recognize how much stress the legs take during a sport like running.”

High-intensity training can irritate the knees.

The mechanical loading of running puts three times the body’s weight on each leg. And Gillanders says the patellar tendon takes on closer to five times the body’s weight. Fitness trends such as HIIT workouts and CrossFit can put excessive loads on such tendons. You may not feel it until you’re a month into a new routine, though. “With the cumulative stress a month in, tendon injuries start to spike up because they haven’t been able to adapt to change,” Gillanders says. Youth athletes, he notes, may be at a higher risk of patellar tendinitis because they are straining immature connective tissues in running and jumping sports.

How to Know if You Have Patellar Tendinitis

Pain and inflammation localized to the lower kneecap area are the two major markers of patellar tendinitis. The pain may feel like it’s behind the kneecap but not on the outside of the knee (which might be iliotibial band syndrome).

If you’ve strained your patellar tendon to the point of tendinitis, the body will initiate the inflammatory response. “Part of the inflammatory response is that there’s going to be water and fluid that comes through in that area,” Gillanders says. The skin in the area, he notes, may feel warm to the touch, and the area can engorge with fluid below the surface. These symptoms, coupled with the knee feeling unstable, typically indicate patellar tendinitis.

If you have the above symptoms, assess your options based on the pain. “If somebody is [feeling] a one or two out of ten on the pain scale, I’m fine with them gently working through it to see how they’ll react,” Gillanders says. At a three out of ten, Gillanders recommends taking time off running (or the sport that caused the symptoms). At seven out of ten, he’d prefer his patients do nothing but rest.

Always start with RICE (rest, ice, compression, and elevation). Anti-inflammatories and Epsom salt baths can help calm the swelling. But taking a proper amount of time off is crucial. “I always chuckle when runners say, ‘Well, I took two days off,’” Gillanders says. “An inflammatory response could last up to five days. I say try couple weeks of moderate activity, then gently get back into it.” He recommends cutting your previous activity in half once you pick it back up again.

Neoprene compression sleeves and knee straps can help support a shaky knee in recovery, but they shouldn’t become a crutch. “In the long term, I would rather have somebody address the reasons why they need [bands and sleeves],” Gillanders says. “It’s not normal for something to be chronically inflamed or chronically vulnerable to irritability.”

If the tendinitis returns after recovery and rest, the injury may have more to do with an imbalance or strength deficiency than overuse. People with persistent patellar tendinitis should see a physical therapist. He or she can address the balance, flexibility, and joint mobility issues that may be causing the pain. “I see common themes of poor balance and control. The result of poor control can be from lack of strength or mobility,” Gillanders says. “[In that case], I go through the tests of strength and flexibility to get a better understanding of why someone is off the hinges.” 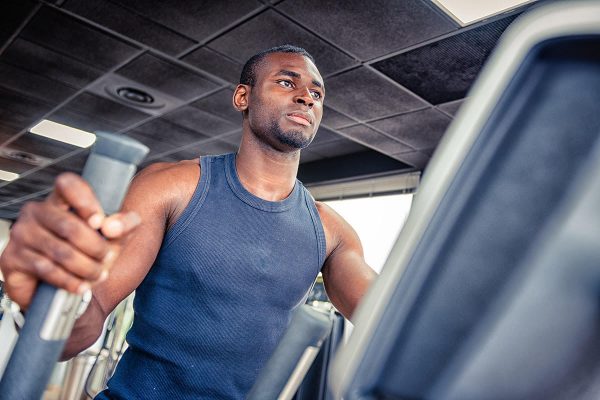 How to Set Up an Elliptical Machine

Get comfortable on the machine with just a few easy steps.

This June is Cycling Month at Aaptiv!

Get ready to hop on the bike and start pedaling. 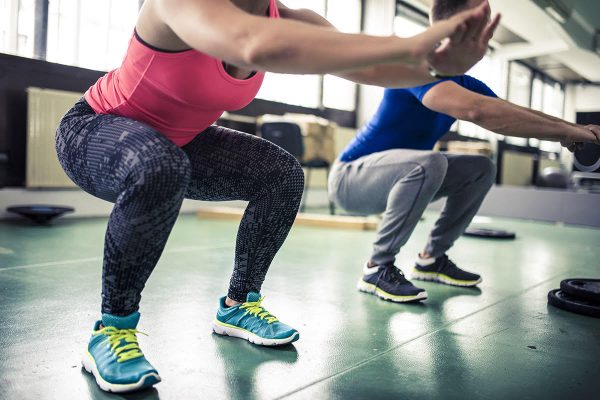 Four effective and affordable ways to heal those legs and get back out there.