Paleo 101: Everything You Need to Know

We asked experts to break down the pros and cons of this popular diet.

The paleolithic—aka paleo—diet is on the list of low-carb diets that tout higher energy levels, improved health, and weight loss. So, we asked two registered dieticians, Kaleigh McMordie and Carrie Dennett, to explain everything there is to know about this popular diet.

What is the paleo diet?

According to McMordie, the paleo diet follows how our paleolithic ancestors might have eaten before modern agriculture. In other words, it includes only foods that could be hunted and gathered. She adds that the basis behind the diet is the idea that human bodies are not designed to eat the modern Western diet. “It blames chronic disease and obesity on modern agriculture. The idea is that the evolution of our bodies can’t keep up with the (relatively) rapid evolution of our current dietary practices,” she says.

What can you eat on the paleo diet?

The paleo diet emphasizes higher fat and protein consumption, combined with lower carbohydrate consumption. “It touts higher protein; lower carbohydrate and glycemic index; higher fiber and potassium; higher fat (and better quality fat) intake; lower sodium; net alkaline over acid balance of the diet; and higher vitamin, mineral, and antioxidant intake to cause better overall health, weight loss, and lower risk of chronic disease,” says McMordie. “However, there is little evidence to back up the theories behind the paleo diet.”

The foods allowed, include only pasture-raised and grass-fed meat and eggs, only wild caught fish and shellfish, fruits, non-starchy vegetables, nuts (except peanuts), seeds, and unrefined plant oils, for example, olive, coconut, and flaxseed oils.

The foods not allowed on the diet include anything processed and pre-packaged, dairy, legumes, starchy vegetables (such as potatoes), grains (including whole grains), refined sugar, and salt.

What are the benefits of the diet?

One of the main benefits of the paleo diet is its emphasis on whole foods. By requiring the elimination of all processed and pre-packaged foods, the diet inherently forces one to eat a more nutritious diet. “One thing that’s good is when someone is eating a paleo diet, and they’re doing it smartly—they’re eating lots of vegetables and fruit, maybe sweet potatoes, starchy vegetables for their carbs, and they’re eating quality meat, including fish, and other plant-based fats, like avocados—[as] they’re reducing processed foods,” says Dennett.

McMordie agrees, adding, “A higher intake of whole plant foods (fruits, vegetables, nuts, and seeds) and lean protein is consistently linked [to a] lower risk of chronic disease, [as well as] better health. It’s great for people to know how to prepare these types of foods and incorporate them into their everyday diets.”

By following a nutritious and whole foods-based paleo diet, someone may see improved blood sugar, improved blood pressure, weight loss, etc. But, those benefits will only last while the diet is sustained. Short-term studies show that following the paleo diet did culminate in better cardiovascular health. However, the evidence of the long-term benefits needs further research.

What are the drawbacks?

Both dietitians agree that the biggest drawback of the paleo diet is that it’s not sustainable. This is due to its restrictive nature. “Anything too low in carbohydrates, and anything that eliminates entire food groups is not sustainable for long. Your body prefers carbs as its main energy source. Depriving yourself for too long, whether it’s of carbohydrates or just of foods that you enjoy that you aren’t ‘allowed’ to have, is setting yourself up for a binge later,” says McMordie. “Your body is hardwired to resist weight loss. Studies show that most of the time, any weight lost on restrictive diets is gained back, and then some.”

Additionally, because of its strong emphasis on eliminating certain food groups, the diet may actually cause unhealthy behavior surrounding food. “This would be a drawback of any diet that excludes entire food groups. In some people, if somebody is predisposed to developing an eating disorder, any diet that restricts certain food groups unnecessarily could lead to an obsession with the diet,” says Dennett. She mentions that if one were to further restrict their food intake, it could lead to anorexia. Or, if someone developed an unhealthy obsession with healthy eating it could lead to orthorexia. McMordie adds that any restrictive diet could be damaging to one’s relationship with food, leading to guilt around food and a restrict-binge cycle.

It’s hard to meal prep all your meals.

In reality, any diet that asks you to meal prep all your meals is going to be hard to sustain while living a modern lifestyle. “If you want to eat zero processed foods all the time, you can kiss your social life goodbye and expect to do nothing but meal prep all the time,” McMordie says. Plus, while it’s great to eat less processed food, some of the food groups eliminated may provide the body with many benefits. “Whole grains, legumes, and dairy are all great sources of nutrients that are affordable and convenient. Whole grains and legumes are great sources of fiber, while legumes and dairy are vegetarian-friendly sources of protein,” she says.

Lastly, the paleo diet can be very expensive, due to its emphasis on whole and organic foods. “Since it encourages only wild-caught seafood and grass-fed meat, and eliminates more affordable sources of protein, following a paleo diet may increase your grocery bill. Eating that way just isn’t accessible or realistic for many people,” McMordie says.

So, should I try it?

If you’ve considered all the drawbacks and feel you might be able to follow a paleo diet in a sustainable and healthy way, then there’s really no harm in trying it out. However, there are certain things that you should be mindful of while following the diet.

First off, watch how much protein you’re actually eating, and where you’re getting your protein from. The recommended dietary allowance of protein is .8 grams of protein per kilogram of body weight. “Many people assume [that] they need more protein on a daily basis, when the reality is, 15-20 percent of your daily intake from protein is plenty,” McMordie says. “Lots of people think ‘all meat, all the time’ when they think of the paleo diet. But, the concern with that approach is the amount of saturated fat that could elevate risk for heart disease.”

In fact, a recent study published in the Lancet found that people who ate a low-carb diet actually had an increased mortality risk. People who ate a moderate amount of carbs, around 50 percent to 55 percent of their daily diet, had the lowest mortality risk. The reason behind the difference boiled down to the consumption of protein and fat from animal sources.

Tell yourself to be flexible with what you eat, and maybe try a modified paleo diet. “I’d say if you are going to try the paleo diet, allow some flexibility and be sure [that] you’re getting enough good quality carbohydrates, like starchy vegetables (which technically aren’t allowed), and to include plenty of fruits, vegetables, nuts, and healthy fats—like avocados and olive oil,” she says. “Adapt it to fit your needs and your lifestyle. Pick the parts that are important to you and you can realistically sustain. If you don’t follow the rules 100 percent, don’t beat yourself up! If a diet is causing you more harm (especially mentally) than good, it’s not the right diet for you.”

Dennett agrees, citing that even S. Boyd Eaton, one of the founding fathers of the paleo diet supports modifications. These include more plant-based proteins rather than meat, as well as a small number of grains.

Plus, keep in mind, that modern agriculture is vastly different from what it was for our Paleolithic ancestors. “We have no way of knowing what our ancient ancestors ate, nor does any of our food today resemble what was available then. And, what our ancestors ate varied greatly depending on location,” McMordie says. “The closest you’re going to get is going out into the woods and foraging mushrooms and hunting whatever animals or wild fish you might find. And, it’s still not going to look the way your ancestors’ diets did.”

Listen to your body.

At the end of the day, no one knows your body better than you. Pay attention to how you truly feel, Dennett says. “There’s no one right way to eat. A way of eating that may be awesome for some people and makes them feel fantastic, might make other people feel sluggish and kind of gross. Listen to yourself. We, on many levels, are our own biggest expert on how to eat. But, only if we’re willing to experiment and listen to what our bodies [are] telling us on what feels right and what doesn’t feel right.”

If you’re looking to get on the paleo diet to lose weight, there are other options as well, like the workouts you do. Check out Aaptiv and see which workouts fit your lifestyle best! 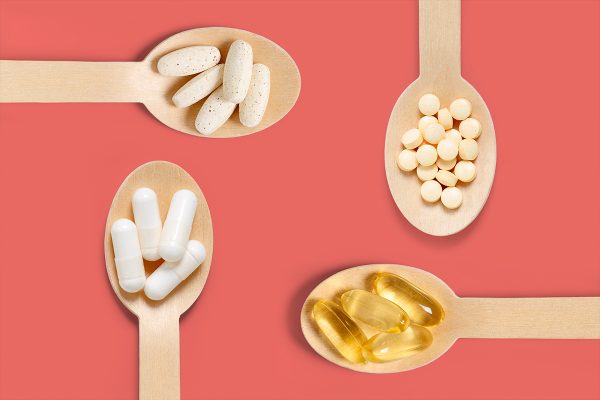 How to Pick the Best Probiotic Supplement for Your Needs

So you want to try a probiotic? Here’s how to tell which one is right for you. 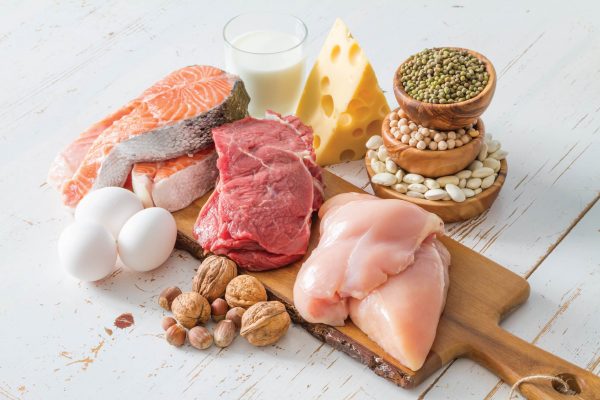 How to Tell If You’re Eating Too Much Protein

It turns out, there actually isn't much to worry about. 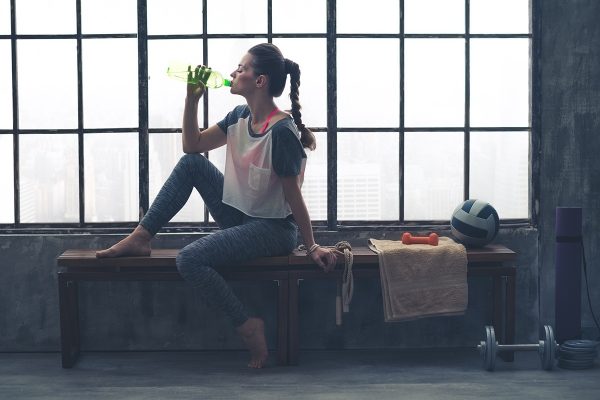 Which Supplement Should I Take?