Why sun salutations in the buff can have more positive effects than you think.

Don’t be surprised if your local studio starts to offer classes featuring everyone in their birthday suits. Nude yoga is the latest fitness craze. We would think that nude yoga is a new-to-the-scene exercise. But, the practice in fact dates back to ancient times. Originating in Hindu culture (according to ancient literature), it was actually a religious ritual. Individuals would carry out various poses and cycles (similar to modern-day yoga) while naked, as a way to connect spiritually.

Some may now carry out the practice without a religious subtext. However, there is still a long list of both physical and mental positive outcomes that can result from implementing nude yoga into your exercise routine. Aaptiv spoke with yoga instructor Audra Baker, who works with women’s empowerment, on the basics of nude yoga and why she loves both the practice and teaching.

According to Baker, “There’s an inner freedom and a deep connection to your body and to a Higher Power while practicing yoga naked.” In fact, yoga is one of the many activities that should be added to an individual’s list of ‘naked’ activities, alongside showering and sleeping. Naked yoga, from students who engage in the practice, is said to increase body awareness and improve self-esteem. In an online survey carried out by the Journal of Happiness Studies, their findings proved that those who had a higher percentage of self-confidence and life satisfaction were those who spent more time in the buff.  Additionally, practicing naked yoga increases mobility. We avoid the constrictions that clothes can sometimes place onto our practices while moving through different poses and cycles.

“Being naked is a cultural taboo. Our society objectifies nakedness as being sexual,” says Baker. The practice itself is one of self-reflection and personal growth. But, Baker believes that society has some catching up to do when it comes to nude yoga. “The shadows of nakedness run deep and we all have a lot of healing to do around it,” she says.

While nude yoga can be very empowering, if you’re not ready to try it for yourself yet, take an at-home yoga class with Aaptiv.

However, Baker recommends doing your research. There is a delicate nature behind both the teachings and the practice of nude yoga, and the ability to be comfortable. “I wouldn’t advise randomly walking into a ‘naked yoga class’ without first knowing the ability of the teacher to create a safe space for everyone to release their cultural shame and conditioning around their body,” she advises.

Nude yoga is a way to engage in the standard practice of yoga and carry out the same fundamentals. But, it’s also an experience that one needs to feel secure and comfortable enough within their own skin to carry out. For people like Baker, she began practicing nude yoga as a natural and gradual progression. “It happened organically. I started coming into a deeper and more loving relationship with my own body. Being naked (whether I’m doing yoga or chores around the house) now has a sense of freedom and authenticity to it,” she says.

Unlike Baker, it may not come easy to everyone (and that’s okay!). There may be a longer waiting period where we must work on our mindset before jumping into our first session of nude yoga in a studio with others. Some ways to start your journey with nude yoga can even begin outside the practice of yoga. Like Baker, try washing dishes or vacuuming in the buff. Get yourself comfortable with the idea of being naked. Next, try listening or watching yoga sessions in the comfort of your own home without clothing. (Or gradually work your way there with undergarments initially.)

According to Baker, it’s important to come into a loving relationship with your body, while reclaiming yourself, your authentic sexuality, and respect for your physical appearance. “Learning how to be comfortable naked is part of the work,” she concludes. 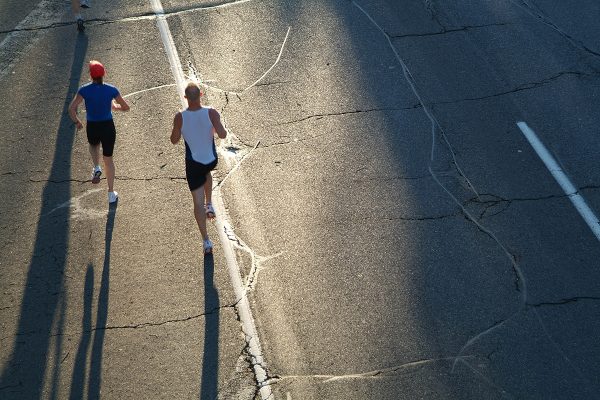 Can You Train Your Brain for Distance Running?

What are the Differences Between Indoor and Outdoor Cycling?

Stick to indoor cycling or take it outdoors? Aaptiv trainer Kelly Chase tells you which one gives you the better workout. 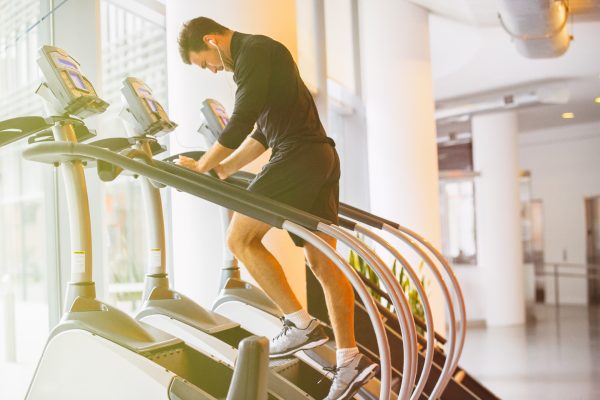 How to get fit with Aaptiv and the stair climber.