Should You Be Training to Muscle Failure?

Find out if completely tiring yourself out during workouts is worth it.

Building muscle is hard, especially as you creep into your 40s and 50s. Fitness enthusiasts seem to be on an eternal hunt for tips and tricks to “tone up”, “get cut”, or “make gains.” Luckily for all fitness minded folks, Aaptiv has dozens of strength training workouts to help you look lean. One misunderstood weightlifting technique is training to muscular failure. Training to failure occurs when lifting weights, whether they’re light, moderate, or heavy. The purpose is usually to gain muscle during a strength training routine designed for more aesthetics than athletics. According to Joel Seedman, Ph. D, CSCS and exercise physiologist at Advanced Human Performance in Atlanta, Georgia, there are two definitions of muscle failure.

“Technical failure is usually performed on compound lifts where the person can no longer perform the movement with proper technique,” Seedman says. “Complete failure occurs during isolation exercises where you do drop sets or partial reps until you can no longer lift the load at all.”

Seedman says that technical failure can happen during a barbell or dumbbell bench press, where the repetition goes from looking slow and controlled to bouncing off the chest rapidly. Or, you may see one side press up first causing an asymmetrical lift. The person may start wiggling on the bench, lift their hips off the bench, or overarch their back in order to complete the reps in their set. Another example is the barbell squat—the person may not reach the same depth as they continue to get fatigued, the knees may cave in, or the spine may flex forward; these are telltale signs of technical failure while lifting weights. Seedman suggests using compound lifts like the squat, bench press, and deadlift until the point of technical failure, not beyond it.

Complete failure is used during isolation movements like a dumbbell or barbell biceps curl.

“Say someone uses a 100-pound barbell for six to seven reps, then decreases the weight to 60 pounds and does five to six reps, then drops the weight to 40 pounds and does eight to ten reps,” Seedman says. “After that last set with the light weight, they shouldn’t be able to lift their arms. They have nothing left, even if they were to break form and cheat, they STILL wouldn’t get the weight up. There may be such a high level of hydrogen ion build and lactic acid accumulation that the muscles can no longer function like they need to without having a little bit of rest.”

But why would someone want to use these two techniques in their training again? Well, it would make sense if their goal is to gain muscle. Let’s take a look at what the research says about training to muscle failure.

A 2017 Journal of Strength and Conditioning Research study examined the effects of using heavy weight or light weight while training to failure or to “volitional interruption”, meaning voluntarily stopping the set prior to failure. This study had people use the leg extension machine twice a week for 12 weeks doing either 80 percent of their one repetition maximum (1RM) for three sets or 30 percent of their 1RM for three sets. Regardless of the weight used, participants completed their sets either to complete failure (unable to lift the weight at all) or until they felt like stopping. The result was that although both muscle failure and interrupting the set improved size and strength, there were no significant differences between the two strategies. The takeaway here is that as long as you’re challenging the muscle using weight consistently, you’ll make similar gains reaching failure or not.

Another Journal of Strength and Conditioning Research study compared the effects of using 30-50 percent 1RM for 25-35 reps performed to complete failure or 70-80 percent 1RM for eight to 12 reps not to failure. The trainees did three total body workouts (chest, back, legs, and shoulders) for eight weeks, which included three sets of seven exercises. As expected, there was a bigger strength increase in the heavier load group (70-80 percent 1RM) compared to the lighter load group (30-50 percent 1RM). Also, the lighter load group improved muscular endurance more than the heavy group. However, when it  came to muscle hypertrophy aka building muscle size, both groups increased their arms and legs size similarly. This means that using a super light weight may give you toned arms if you train until complete failure.

It’s worth noting that both of these studies contained all male participants. So, let’s look at research on women. Females don’t actually achieve increased hypertrophy by training to failure, according to a European Journal of Translational Myology study. Women were divided into three training groups: three sets to failure at 70 percent 1RM, four sets of seven reps at 70 percent 1RM (not to failure, but extra set added), and three sets of seven reps at 70 percent 1RM (not to failure). They trained for ten weeks and it turns out that the complete failure group didn’t see any additional gains in strength or endurance compared with the not-to-failure group. In fact, training to failure showed a slightly negative effect on force production on higher velocity exercises. For muscle building, the failure group and the four-set no failure group saw similar results, whereas three sets no-failure built the least muscle. This suggests that instead of training to failure in a few sets, it may be best to do fewer reps, rest, and then do another set.

Now, that’s just one study but still, there are differences between the ways that men and women adjust to strength training. Nonetheless, there’s a whole other category of failure called beyond failure.

Beyond Failure: Forced Reps and Dropsets

When using the complete failure method, there are some tricks to still getting more out of the muscle. These techniques should be used sparingly and are considered a more extreme form of training.

“Using the biceps curl example again, you can use a little bit of hips to achieve a cheat rep and get the weight up,” Seedman says. “Partner assisted or forced reps is when someone else helps you complete a set with light weight that you can’t do on your own due to failure. A bio-mechanical drop set is when you put yourself in a harder position to start the set, hit failure, then change position to make it easier to get more reps.”

One way to do the biomechanical drop set is to do a reverse grip cable triceps pushdown until failure, then switch to an overhand grip which should be easier. Now, finish out the set until failure with the easier grip.

“Used systematically, strategically, and periodically, beyond failure techniques can definitely spark some new muscle growth,” Seedman adds. “I would only use these techniques on isolation or machine exercises.”

Why train to failure?

Shifting back hitting failure on one exercise, Seedman suggests that training to failure is for someone looking to gain a little bit more muscle and not necessarily strength.

“You could actually make the argument that training to failure too much could be detrimental on strength,” Seedman adds. “You end up producing a lot of muscular contractions that are low power output. Your body can get start[ed] to become accustomed to producing muscular contractions that are not very powerful, which can start to transfer into your overall movement, making you feel a little less explosive and powerful.”

In addition to anyone with a muscle-building goal, Seedman says that training to failure may be beneficial to people that need an increase in metabolic conditioning, such as soccer, basketball, tennis, or wrestling athletes. As for how long it takes to see results from training to failure, a few months should do the trick.

“If you’ve never trained to failure, you’ll start seeing slight improvements in muscularity and physique appearance after two to three weeks,” Seedman says. “After six to ten weeks of utilizing muscle failure properly and your nutrition being spot on, you should see some pretty good improvements in body composition.”

If you follow a well-designed strength and conditioning routine, it should take several months or even several years to completely plateau muscle gain. Meaning, it’s usually something about your training plan that’s NOT ideal for building muscle and losing fat. If you have been following a decent hypertrophy program, made tweaks to it over the course of several plateaus, and just hit a new plateau, then training to complete failure could be a good way to shock your muscles into new growth. You may even try to do forced reps or drop sets after reaching failure for serious gains. Overall, you don’t want to do compound movements like barbell squats or deadlifts past technical failure. So, the first rep that your form breaks down during a move like this is the point of technical failure. This is when you should stop the set.

According to Seedman, “You have to tell yourself, ‘I’m not sacrificing my form just to get an extra rep or two. I’m going to get whatever I can with perfect technique.’” 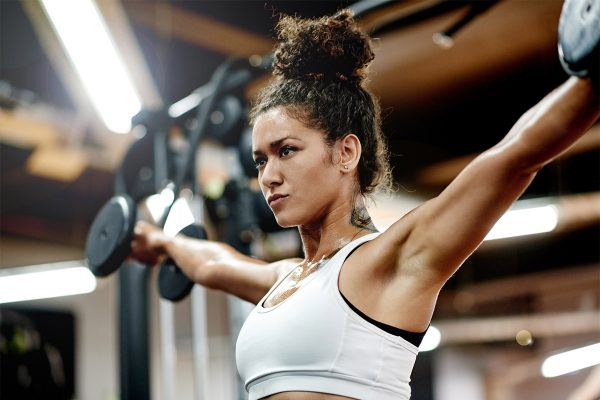 Push-Pull Training 101: Everything You Need to Know

Hit all your muscle groups with push-pull training. 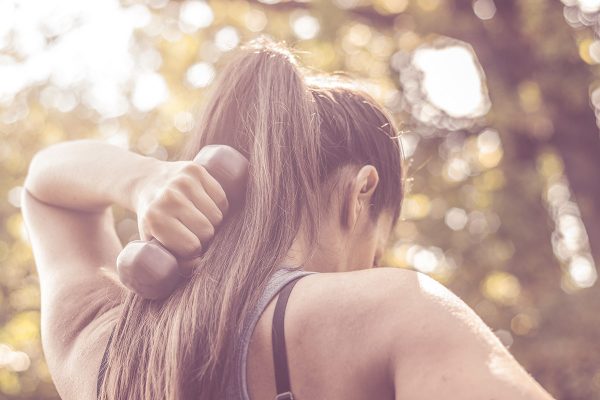 Yes, you can use light weights and still get sculpted from head to toe. 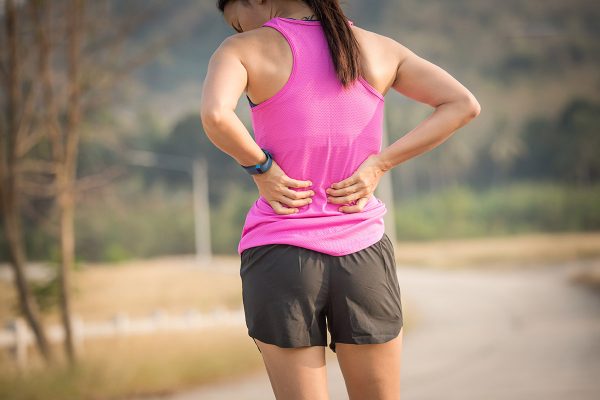 Why Does My Back Hurt During and After Running?

Find out what's causing that frustrating ache in your back region.