How Can I Maintain a Caloric Deficit Without Feeling Hungry?

Fixating on a daily calorie count could do more harm than good.

The basic concept of losing weight is simple: burn more calories than you take in. That said, the practice of maintaining a caloric deficit can make you perpetually hungry, and when late night cravings kick in, you’re back to square one. (This is where Aaptiv can help.)

So, rather than focusing on specific foods or targeting calorie intakes, we talked to registered dietitians Cara Harbstreet and Nancy Clark, author of Nancy Clark’s Sports Nutrition Guidebook, who shared three useful tips on adopting healthy habits that can help you shed fat and keep it off.

Why is it so hard to maintain a caloric deficit?

If you’ve ever “dieted”—actively constraining your eating habits to specific quantities of specific foods—you know how tough it can be to stick with for the long term. “You should never start a food plan that you have no intention of maintaining for the rest of your life,” Clark says. “That’s why diets don’t work. If you want to gain weight, go on a diet.

In the long run you will gain more weight than you have lost.” Clark calls this phenomenon diet backlash. “It’s not as simple as adding on exercise and subtracting food,” she says. “If it were, everyone in America would be thin; everyone who’s been on a diet would be lean.”

It’s part of the reason why contestants on The Biggest Loser often gain the weight back, and why people in short-term weight loss programs tend to regain more than half the weight they lost after finishing the regime.

Lose the weight and keep it off for good with Aaptiv. See our newest fitness workouts here.

If you’ve been overweight for years, it’s even tougher to achieve weight loss results with a caloric deficit, because the body adapts to its own composition over time. This is called the set-point theory, or the “thermostat for body fat,” according to the Center for Health Promotion and Wellness at MIT Medical.

The theory essentially states that the body establishes set points that dictate how much fat a person should carry, which influences hunger and satiety. “It’s a bodyweight that’s comfortable to maintain,” Harbstreet says. “You don’t have to actively change your lifestyle to maintain it. You eat in general patterns, you’re active a consistent amount, and the natural set point will fluctuate two or three pounds in either direction.”

A 2016 study in the research journal Obesity followed up with 14 of The Biggest Loser contestants six years after they left the show. On average, they regained 90 pounds.

Notably, though, their resting metabolic rates remained 500 calories-per-day lower than the researchers expected, based on the weight loss and age of the participants. In fact, those whose metabolisms slowed the most were the contestants who were most successful in keeping the weight off. The study concluded that the body slows its metabolism during weight loss to maintain the set-point bodyweight.

That’s why caloric deficits aren’t so simple: As the weight comes off, the body adjusts by slowing metabolism, making it easier to regain weight upon returning to your old eating habits.

Is it possible to change my set-point weight?

Late-night eating is associated with weight gain, in part because starving yourself all day means you’re craving a big meal at night. “If you diet during the day, at night time it’s very easy to blow it,” Clark says. “Physiologically, the body wants food; the brain is tired of having been deprived all day.”

Rather than striving for strict calorie goals during the day, figure out how much you need to eat to avoid cravings later on. “The recipe for success is that by the time you go to bed, you need to have created a calorie deficit,” Clark says. “The only time to lose weight is at night when you’re sleeping.”

Originally introduced in the 1995 book Intuitive Eating, the core concept of intuitive eating is removing all the stigmas around ‘off-limits’ food. With new clients, Harbstreet explains it with a psychological test. “If I say, ‘Don’t think about the color blue,’ the first thing you think of is the color blue,” Harbstreet says. “Their immediate thought is, ‘Okay, well now I want to do that thing.’”

Intuitive eating neutralizes “bad” foods by taking them off their pedestals and therefore removing the fixations that lead to binging. With intuitive eating, you tap entirely into your own body’s hunger and fullness signals. Foods aren’t considered off limits so long as you’re eating when you’re hungry, stopping when you’re full, and eating mindfully. “[The] ability to stick with a diet is a better predictor of success,” Harbstreet says. “It needs to be flexible enough to grow with a person through life changes.”

Harbstreet says that the initial hands-off approach can be daunting, but implementing intuitive eating isn’t about immediate results. “It’s more about the process than the final destination,” she says. “It can be a bit twisted and windy, there can be relapses—it’s a gradual process of relearning to trust the body.”

Exercise can contribute to a calorie deficit, but the deficit is what leads to weight loss. “I totally separate exercise and weight reduction,” Clark says. “When people add on exercise to lose weight, they often get hungrier and eat more.”

Rather than a reward, think of food as fuel for your workout routine. “Surround your workout with food,” Clark says. “Say you work out in the morning: Get up, have a banana (or something 100 to 200 calories), do your workout, [and then] refuel with breakfast [and] refuel with lunch, so [that] you’re not hungry all day.”

Despite what you’ve heard, changing your weight with a calorie deficit takes more work than simply tracking food (with a good journal) and working out more.

Take the time to get to know your body on a more intuitive level and let weight loss become a reward of positive behaviors, not punishments.

Let Aaptiv help you along your fitness journey. Learn more about us here. 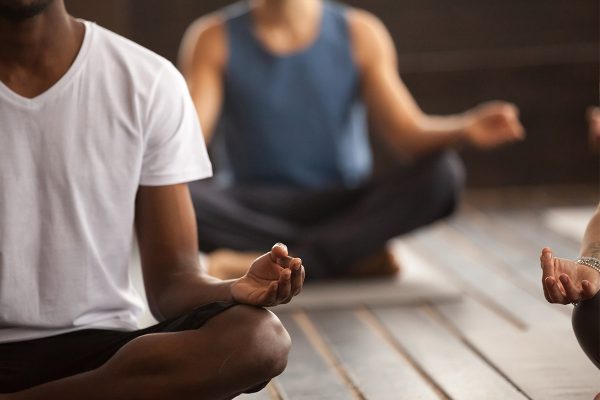 4 Ways Meditation and Mindfulness Can Help You Lose Weight

Find out how your thoughts can impact your weight loss journey. 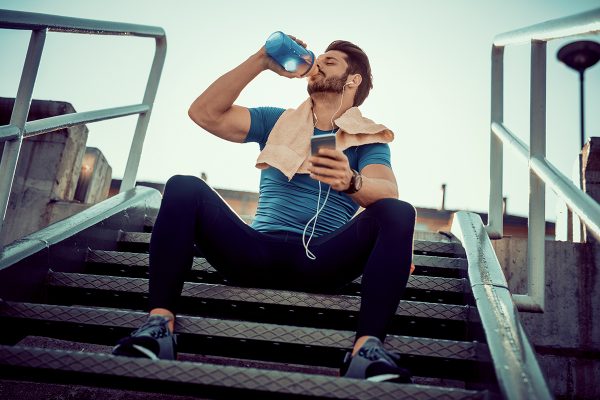 Experts give us the lowdown on water weight, and how we can minimize it. 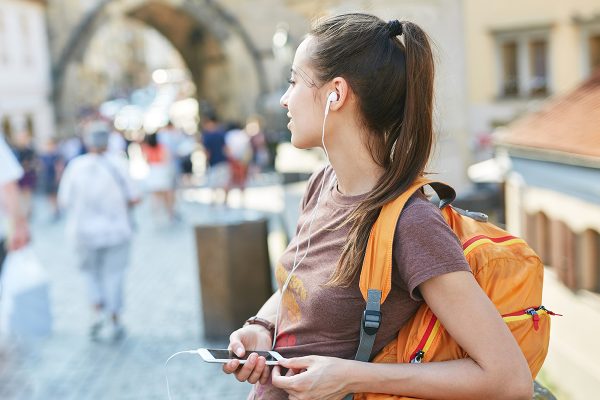 One writer shares her strategies for feeling her best post-travel.