5 Rules to Increase Running Mileage Without Burning Out

Follow these steps to bump up overall running volume and reap the fitness benefits.

Whether you’re going for a PR or just want to spend more time enjoying your Aaptiv run, increasing mileage is a key component of every runner’s training evolution.

Ramping up training volume comes with some risk; getting greedy with your mileage could result in injury. Find your running mileage building sweet spot with these five tips from Bill Leach, Chicago-area running coach and former head coach of four NCAA Division I track and field programs, and John Henwood, a New York City-based running coach and 2004 Olympian in the 10,000-meter run.

Increase by ten percent each week.

It’s a rather general guideline, but it’s one that the nation’s top running coaches start with. “Generally I like to limit increases in mileage to ten percent per week,” Leach says.

For his most capable clients, Henwood tends to limit mileage increases to ten miles per week, but the principle is the same: Going up in mileage too quickly means that the body doesn’t have time to make the proper adaptations, which can lead to injury.

The ten percent rule isn’t as applicable when a runner’s current mileage is below 20 miles per week, Leach says. He’s currently working with a runner who’s doing ten t0 12 miles per week, following an injury.

“When the mileage is that low, the ten percent increase is really minuscule,” Leach says. “I suggested he increase his mileage every week by three miles until he gets to 20.”

Another approach is to ratchet running mileage up in cycles. Increase by ten percent for two weeks in a row, then go down by ten percent, before repeating the process. Leach says that the strategy is designed to allow the body to cope with the added stimulus before pushing forward. “I knew someone running 30 miles per week, so [an example] might be 30-33-36-33 [miles],” he says.

Let our trainers guide you through training workouts with the Aaptiv app. We have running workouts if you’re training for a race, or for personal runs.

Start at a slower pace.

Gaining volume and speed simultaneously is tough, and if you’re a novice it’s important to start conservatively. “I don’t like to make people get into speed too quickly,” Henwood says. “If you’re a bit slower, the beginning is more of the conditioning phase, getting the body in condition to handle the running.”

Rest is equally important when adding any training stimulus. “I’d make sure [that] you’re taking at least one day off per week,” Leach says. It’s okay to increase intensity, he adds, once the athlete reaches a point where he or she is fully recovered from the additional volume.

Heart Rate Variability (HRV) is an emerging fitness metric, and it’s one of Leach’s favorites. Rather than measuring beats per minute, HRV quantifies the variance between beats. While resting, a high HRV score is actually a good thing, as it indicates that your body is adjusting to changes in stressors and is ready to train. “It essentially describes the level of stress,” Leach says. “Whether stress is because of lack of recovery, emotional stress, lack of sleep; it’s a reliable measure[ment] of your readiness for doing anything that requires a workload.”

Leach instructs his athlete to check their HRV score upon waking, which lets them adjust the day’s training load based on how ready their bodies are to move. A basic Polar chest strap is all you need, and apps like Elite HRV sync with a reliable heart rate device to send you the data.

Runners don’t need to be bulky or fixate on upper body strength, but lower body strength and stability exercises are key to avoiding injury while building mileage. “I want to make sure [that] they’re doing strength training twice a week,” Henwood says. “I look at flexibility and strength and [then] tailor it to the individual.”

Concurrent training is the term for a regime that includes resistance training and aerobic training, and you can integrate weight training into your running routine to keep the mileage gains from breaking down skeletal muscle fiber. Remember to consider your priorities: The first exercise (resistance or cardio) you do is the one that you’ll benefit most from, so if your focus is running, lift after you’re done.

Aaptiv has strength training workouts you can use to supplement your other workout regimens.

Inject drills into your run.

Running coaches are wary of prescribing longer runs to lower mileage athletes because many aren’t yet ready to cope with the sustained stress. “If you’ve got an 11-minute miler,” Henwood says, “you don’t tell them to go run eight miles like you would with a seven-minute miler.”

Form breaks down past a certain level of fatigue, and poor form can contribute to injury. “Generally, the rule of thumb is [that] you can run as long as you want while maintaining efficient form,” Leach says. “I’d allow that to be the guide, rather than getting up to 20 miles by such and such date.”

You can, however, reinvigorate your tired body by stopping mid-run for a few form drills. “In the ballet studio, they call it tucking your butt,” Leach says, describing the pelvic tilt drill. When a runner tires, his or her pelvis tends to tilt downward, and the entire body starts to lean forward. To stay upright, try lifting one knee so that the quad is parallel to the ground. Tilt your pelvis upward so that your hips are directly underneath you. Repeat a few times on each leg, and, if needed, lean against a tree or a post for balance.

A-skips, b-skips, butt kicks, high knees, and other such drills can wake up tired core and stabilizer muscles. “Skipping will reset core engagement and foot strike orientation,” Leach says. “The athlete will be able to run in a much healthier manner.”

Take Aaptiv along with your runs. You’ll love it! 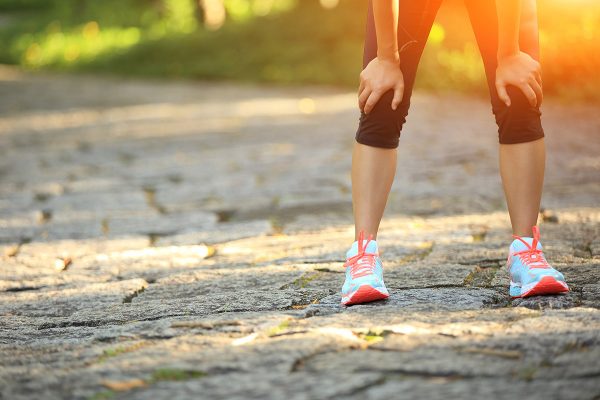 How to Breathe When You Run: Trainer Tips and Techniques

The way you breathe can make or break your run. Here's how to get your oxygen intake under control. 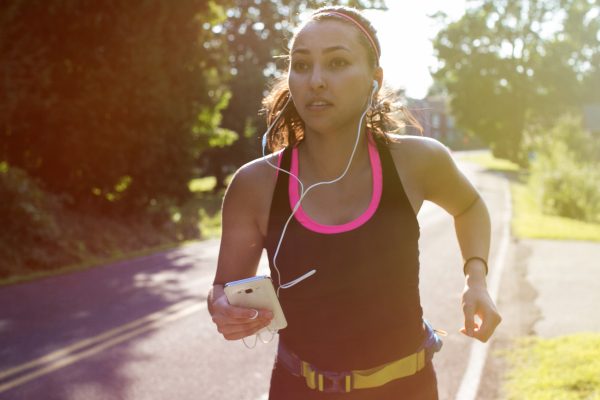 Why we love outdoor running and how to start. 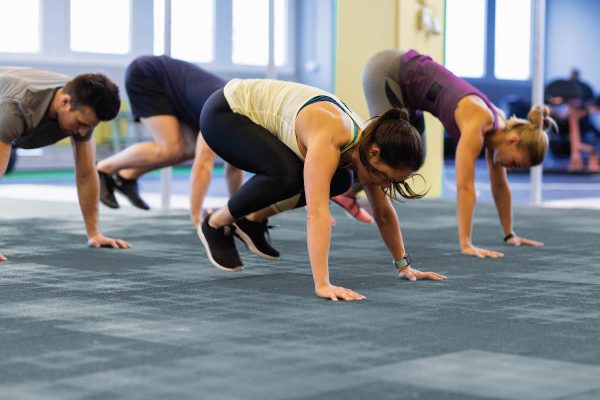 5 Ways You Can Make Burpees Work for You

Make burpees bearable by putting your own personal spin on the movement.