The Science Behind Green Tea and Weight Loss

Green tea plays a role in boosting metabolism and protecting your gut—two things that may impact weight loss.

If you’re trying to lose some weight, nothing beats the tried-and-true combination of exercise and diet. For the former, you’ve got Aaptiv on your side, ready to help. For the latter, there’s a nearly unlimited arsenal of eating plans—both sound and suspect—at your disposal, plus advice, experts, foods, drinks and even magic pills. That’s a lot of clutter to sift through.

One popular weight loss product in particular is green tea. Thankfully, green tea is universally considered to be a healthy beverage. Loaded with antioxidants called catechins, studies suggest that green tea may reduce your risk of developing cardiovascular disease and certain forms of cancer. Throw in its potential to boost your metabolism to help you burn fat and drop a few pounds, and there’s no reason not to reach for a cup of green tea when the mood strikes. But how effective is it, really, when it comes to weight loss? Below, we’re looking at the science behind these claims.

The first thing to know: drinking green tea isn’t a replacement for healthy eating. It can’t undo poor food choices or reverse bad habits. But it does have beneficial properties that can fight fat and keep your waistline in check.

A new study from Ohio State University that was published in the Journal of Nutritional Biochemistry looked at how green tea affects obesity, inflammation, and other factors linked to poor metabolic health. It found that green tea may improve gut health, which in turn can stave off inflammation and help to prevent weight gain. In the study, mice fed a high-fat diet supplemented with green tea gained about 20 percent less weight than the control group.

“This study provides evidence that green tea encourages the growth of good gut bacteria, and that leads to a series of benefits that significantly lower the risk of obesity,” stated Richard Bruno, an Ohio State nutrition professor who led the study.

A 2013 study performed by Penn State researchers produced similar findings. Over a 16-week period, mice who exercised regularly and were fed a high-fat diet with green tea extract reduced their body mass by 27 percent and reduced their average abdominal fat by more than 36 percent. It’s an interesting glimpse at how green tea and exercise can combine for powerful results.

Of course, you’re not a mouse. Fortunately, other research shows that adding green tea to human diets can also be effective. A University of Oklahoma study found that green tea supplementation over an eight-week period reduced weight and BMI among participants. It’s possible that this weight loss is due to how green tea impacts the absorption of carbs. According to a 2015 European study, a single dose of green tea extract taken with a meal decreased starch digestion and absorption, which could hinder weight gain.

In addition to fortifying your gut and fighting back against starch, green tea has also shown an ability to boost your metabolism. You burn calories all day long—even when you’re eating and sleeping, so every little bit helps.

In most cases, research shows that the extra burn only accounts for a three to four percent increase of your metabolic rate. If you’re consuming roughly 2,000 calories per day, that’s an extra 60 to 80 calories. The amount seems modest, but it adds up. Do a little math, and you’ll see that it accounts for six to eight pounds per year. And, if you’re overweight, that number can be significantly higher. In fact, one study showed an extra 183 calories burned per day with green tea extract supplementation.

It’s important to note that you could also achieve a 60 to 80 calorie difference—or significantly more—by changing your diet in a variety of other ways. By cutting out late-night snacks, skipping the drive-thru, or filling half of your plate with vegetables, you could likely lose more weight than what you’d achieve with green tea.

Green tea isn’t a magic solution for weight loss, and it can’t undo the negative effects of unhealthy eating or a sedentary lifestyle. But, if you like green tea and want to add it to your diet, the drink shows promise as a weight loss assistant. Besides, it has enough other healthy properties, like antioxidants, to make it a good choice regardless of whether or not you’re looking to lose weight.

For more on weight loss and boosting your metabolism, consult the Aaptiv app. It’s filled with workouts and support that will help you reach your goals. 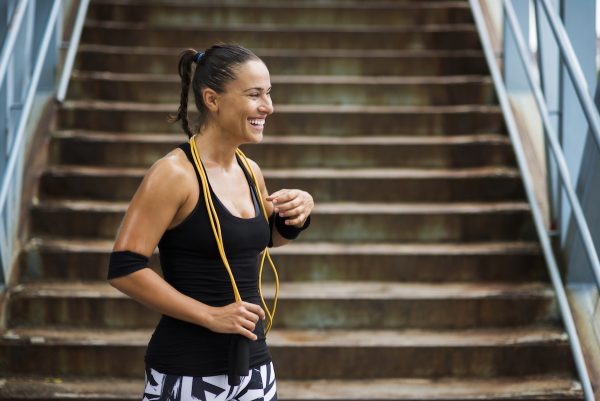 Will Cardio Help Me Lose Weight?

When the goal is to lose weight and get in shape, is performing cardio enough? We weigh in. 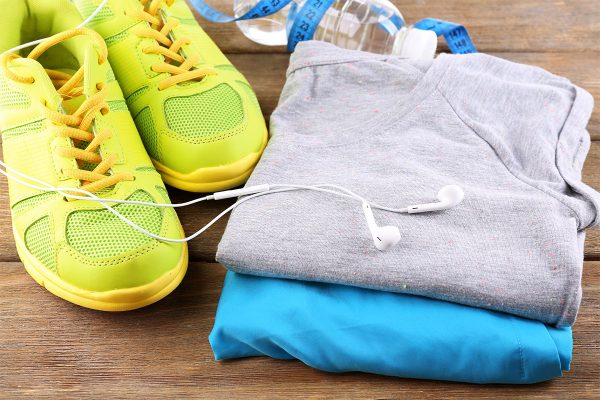 Are My Workout Clothes Making Me Breakout?

Your favorite sports bra and spandex may be causing those breakouts. 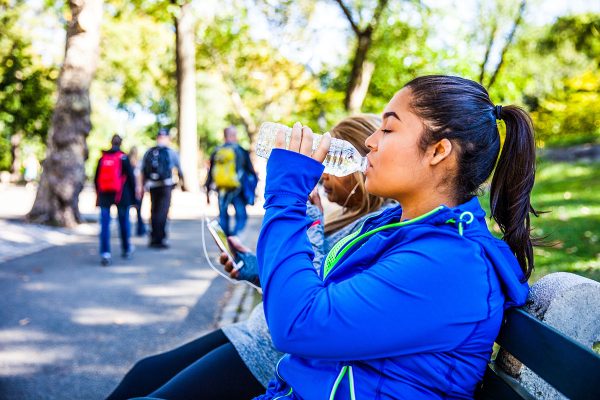 Why Water Is Crucial to Burning Fat in the Body

Could depriving your body of H2O be the reason you’re not losing fat?