Do You Really Need to Go Gluten-Free?

This isn't your typical low-carb diet.

In recent years there’s been an uptick in gluten-free food options, both in restaurants and grocery stores. Many people have adopted the gluten-free lifestyle in their desire to cut carbs from their diet and eat less bread. Despite what the paleo diet would have us believe, grains have been around since ancient times. We eat a lot of wheat in this country and it comes in the form of processed breads, cereals, and baked goods. So it’s understandable if you want to cut back on simple carbs as part of an overall healthier diet. But gluten-free isn’t just a low-carb diet—and it’s certainly not for everyone. We talked to registered dietitians about what it really means to go gluten-free.

Gluten is a protein found in the grains wheat, rye, and barley. According to registered dietitian Carrie Dennett, M.P.H., R.D.N., C.D., gluten can also show up in many processed foods, such as soy sauce. So for someone who has celiac disease or a gluten sensitivity, reading nutrition labels and checking for cross-contamination is paramount. But before we get into that, let’s break down what celiac disease is.

How does gluten affect someone with celiac disease?

Celiac disease is an autoimmune condition in which the body cannot digest gluten. Dennett says there are three factors that affect its onset. First, someone has to be genetically predisposed to it. Second, the person must be eating gluten as part of their current diet. Third, something must trigger the onset of celiac disease. “Something has to upset the immune system. That could be if somebody was under tremendous stress,” Dennett says. “It’s hard to define, but there’s a bunch of things that can do it. Somebody goes from being genetically predisposed and ingesting gluten, but not having celiac disease, to all of a sudden having it.”

Once someone has developed celiac disease, their body becomes unable to digest the protein gluten. According to Dennett, the body attempts to transport the gluten through the intestinal wall, which is lined with fingerlike projections called villi. These villi greatly increase the surface area of the intestine. However, celiac disease attacks the lining of the intestine, thereby damaging and flattening the villi. This decreases how much surface area your intestine has.

Dennett adds that someone with celiac disease might have unpleasant symptoms or none at all. The damage to the intestinal wall makes it harder to absorb certain nutrients. “This can lead to anemia, osteoporosis, or to neurological issues if you’re not absorbing the B vitamins [in your food]. So that’s why it is potentially very serious, largely because of the downstream effects,” she says.

How is gluten sensitivity different?

It’s possible to have symptoms of discomfort after eating gluten yet test negative for celiac. As registered dietitian Kaleigh McMordie explains, someone with a gluten sensitivity might get skin rashes, headaches, intestinal discomfort, or GI stress. Additionally, she says that because a gluten sensitivity is less severe, it will never show up on a biopsy of the intestine. However, symptoms might still be present. “They can still have just the intestinal discomfort, like gas, bloating, diarrhea, constipation, things like that when they ingest gluten,” she says. “Then there are some people who are not allergic to the protein in wheat, which is gluten, but they’re sensitive to the carbohydrate portion that’s found in wheat. So when they go on a gluten-free diet and eliminate the wheat, they feel better. They think it’s the gluten, but it’s actually the carbohydrate portion—either way, they feel better eliminating the wheat.”

Dennett adds that it’s important to remember that each person’s symptoms can be different, and she cautions against self-diagnosing. She says that even though the repercussions of celiac disease can be more severe than those of gluten sensitivity, the possible symptoms for both are quite similar. “You can also have what’s known as silent celiac disease. I have [this] patient, and the only way she found out she had celiac disease was [because] she was so anemic and nothing her doctors did was helping. She wasn’t absorbing iron. She had zero other symptoms,” Dennett says. “On the flip side, I’ve known people with gluten sensitivity that even a small amount will have them basically doubled over on the floor in agony.”

So, who should go gluten-free?

According to both Dennett and McMordie, the only people who need to eliminate gluten from their diet are those with celiac disease or gluten sensitivity. Most people feel better after they cut gluten, Dennett explains, because of the types of food they stop consuming rather than the gluten. “Maybe they were eating a ton of bread or pastries or muffins or cookies. They [then] cut those foods out,” she says.

Dennett adds that a lot of bread products are fortified with vitamins and minerals. This is something to keep in mind for those who stop consuming gluten and other wheat products. “There are rules in the U.S. that bread has to be fortified with a lot of the vitamins that get stripped away in the processing of wheat flour. So whether we like it or not, people who consume wheat bread and pasta are getting a lot of nutrients from the enrichment of that grain,” she says. “Gluten-free products are not required to be enriched in the same way. So if someone was eating a gluten-free diet that tended to be high in processed food, they might be missing out on essential nutrients.”

McMordie echoes the sentiment, adding that switching to gluten-free oftentimes doesn’t do much for most people. “A lot of gluten-free alternatives are just more expensive and they’re honestly more refined, more processed,” she says. “It’s also just a lot more restrictive and a lot more difficult to do everyday things, like going out to eat with friends and grocery shopping. It makes it unnecessarily complicated.”

What if I just want to cut carbs?

You may have hopped on the gluten-free train simply because you want to cut carbs or lose weight. As Certified Nutritionist Melissa Eboli explains, gluten is an inflammatory protein and ingredient. “For somebody who is looking to possibly lose weight or de-bloat or has joint pain, asthma, or any sort of inflammatory condition … when you take gluten out of the equation, they would then be following more of an anti-inflammatory protocol, which would result in that inflammatory point hopefully feeling better,” she says.

But according to experts, there are better ways to de-bloat, cut carbs, and lose weight than going gluten-free just for the heck of it. First, it’s important to remember that the body needs a certain amount of carbs. “I don’t recommend going on a low-carb diet. The body runs on carbs, the brain runs on carbs, so it’s important to get enough,” McMordie says.

Cutting carbs isn’t necessarily the secret key to weight loss either. In fact, a study done by Stanford University documenting weight loss among low-carb and low-fat diets found that the two were comparable. There were no significant differences as to which might be more effective for weight loss.

How to Lower Carb Consumption

McMordie says that if someone is looking to change the way they consume carbs, they should focus on complex versus simple ones. Whole grains such as oats and brown rice are better options than wheat, barley, and rye. Dairy, starchy vegetables, and fiber-rich fruit are also good sources. She advises that your daily intake of carbs be anywhere from 35-55 percent of your diet.

You don’t need to cut out all carbs. Focus on smaller, easier swaps if you want to consume fewer carbs. For example, Eboli suggests replacing refined, grain-based pasta with legume-based pasta. And, if you want to eat grains, focus on the best varieties. Eboli recommends quinoa, amaranth, and teff. She adds that many of the healthiest, fiber-rich grains are less genetically modified, which can also help alleviate digestion issues for some.

According to Dennett, most grocery stores carry an assortment of healthy carbs. “Brown rice, black rice, green rice, red rice, beans, and lentils are fabulous sources of high-quality, high-fiber carbs plus good plant-based protein. Starchy vegetables such as potatoes, sweet potatoes, winter squash, corn, and peas are going to have more carbs than other veggies,” she says.

Save the gluten-free diet for those who have trouble digesting gluten. If you want to cut carbs, opt for healthier whole grains, dairy products, fruits, and vegetables rather than wheat, rye, and barley products. 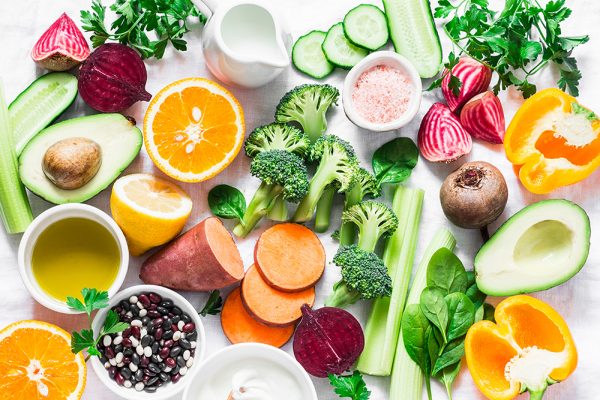 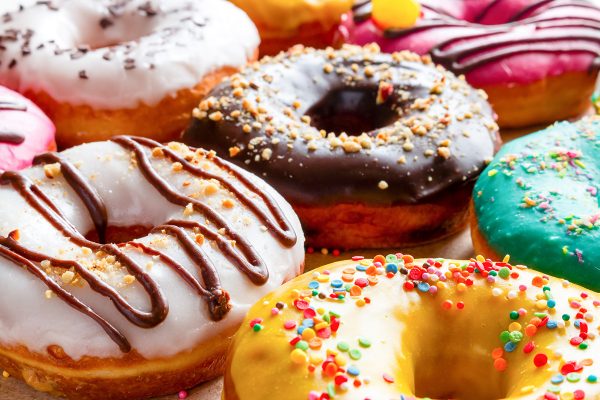 Types of Sugar: What to Eat and What to Avoid

Sugar is a heated topic. We talked to experts about how to stay healthy when it comes to sweet treats. 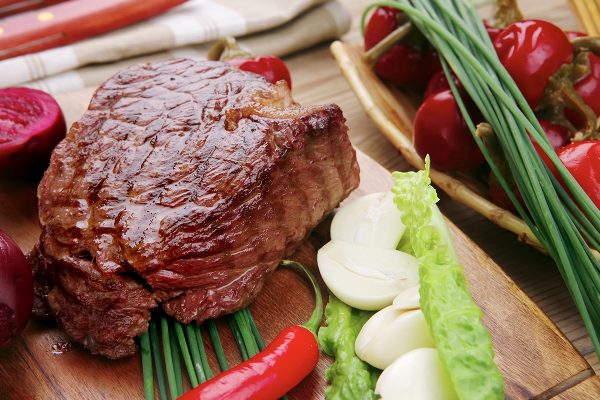 How to decode this common food-label phrasing—and what it means for your nutrition.