If you’ve ever taken a class with Aaptiv Trainer Katie Horwitch, you know she’s a pro at staying in the moment and helping you dig deep to find a new layer of yourself. But that’s something she herself learned how to do while recovering from an eating disorder in college. Keep reading to learn how Katie went from being a theater major to a personal trainer, and all the little steps she takes every day to ensure she lives life as her best self.

Full name: Katie Horwitch
Hometown: The San Fernando Valley—she grew up in Calabasas before it was made famous by the Kardashians.
Favorite snack: Kettle corn—she loves it so much she had a kettle corn making machine at her wedding.
Favorite music artists: Beyonce, Sia, and Robyn

How did you get into fitness?

I started playing sports—and I use that term very loosely—when I joined my elementary school volleyball and soccer teams when I was in the 5th or 6th grade—not so much because I was into athletics, but because it was what my friends were doing, and I didn’t want to miss out on that experience. I just wanted to play and be a part of the energy of that collective experience.

I also got into running when I was younger, and I was actually pretty fast. When I got to college, I was a musical theater major, and I was told that when you’re in musical theater and you’re dancing, you can’t run because it isn’t good for your body. I don’t know if I believe that now, but I listened to the advice and shied away from running and from any sort of athletics. Then I had this epiphany that I wasn’t that great of a dancer and didn’t want to be that great of a dancer, so I started to run again and it felt like coming home to my body.

What was your favorite part of running again?

I felt a sense of freedom. It was a way to process my thoughts, especially when I wasn’t looking at the screen and counting the minutes and calories. That’s one of the beautiful things about Aaptiv. You’re really tuned into what the coach is saying, how the music is playing, and you get out of that obsession with calories. You become a part of an experience that is greater than what’s on the screen.

How did you go from being a theater major to a personal trainer?

When I entered college, I was struggling with a pretty severe eating disorder called orthorexia, which is basically a boiled down term for an unhealthy obsession with health. I was obsessed not necessarily with how much I was eating, but with the quality of what I was eating. As is with every eating disorder, it wasn’t about the food, it was about what that food was trying to control or was an outlet for. I felt very out of place in college. I was in musical theater, I was an awful dancer, and I wasn’t into the college scene and partying. My food and my exercise were a way to control my body.

It wasn’t until I started to go to group fitness classes where I was surrounded by community, and it wasn’t about me escaping my body, but owning my body, that I really started to get that love for fitness. I realized that it could be a tool to help me instead of harm me. That community, just like with sports, was something I valued way more than logging minutes on the elliptical or counting calories on the recumbent bike. It was more about that feeling I got from the group atmosphere. That was my first foray into fitness as an adult.

How did you start teaching?

It’s not lost on me that when you are teaching a class, you are quite literally on a stage. Yes it’s a performance, but you’re being yourself for it. That was something that I always loved about acting, so teaching was an outlet for that. I also went to a god awful class that played really bad dance club remixes of musical theater songs—of course this was way before Hamilton and Glee—and I thought I could create a much better experience.

So, I got certified, and, as I was going through my certification, I actually got thrown into a class one day where the teacher was unable to make it because there was a big storm. I, at the time had been making all the playlists and the CDs for all the instructors at the community center. So when the instructor couldn’t make it to class they were like, “Katie, you make all the playlists anyway, why don’t you teach the class?” So I got up and taught—I already knew everyone in the room—and I loved it.

Fun fact, Nicole and I have known each other for 10 years. We started teaching together, and she was teaching with me when I realized I wanted to pursue fitness more than acting. She’s one of my best friends. In fact, she was a bridesmaid at my wedding.

How do you come up with the themes for your Aaptiv classes?

I like to think of my classes as experiences that I’m curating. I am not there to tell people what to do or who to be. I’m there to help guide them, so that they can figure that out on their own. One of my favorite things that people tell me is that when they are not working out with me, they can still either hear my voice in their head or hear nuggets of things that I said in the back of their mind. That tells me that they’re taking what I said and the experience that I curated for them and they’re making it their own.

You can become dependent on specific classes or an instructor, and it can be an unhealthy addiction because when you don’t have it, you don’t know how to function on your own. I feel like an experience is something that sticks with you, and you can take it with you way after it ends.

What do you like to do when you’re not working out?

My husband and I just got a new puppy, so right now it’s hanging out with the puppy. But, outside of fitness, I’m a writer and a speaker, so a lot of the time I am writing, speaking, or singing about how people, especially women, can shift their self talk from negative to positive, from proactive to reactive, and how they can use their curiosity as a change agent so they can live on their full spectrum. We talk about people living their best life, and we glorify this vision, but the thing is your best life involves everything—the high highs, the low lows, and everything in between. That’s something I’m really passionate about. I started an organization called WANT, Women Against Negative Talk. When I’m not doing fitness, usually I’m working on that.

How do you get through a bad day?

I start to get curious about it. I ask where it’s coming from and what might have triggered it until I get to a source. Sometimes I’ll be angry and feel critical, judgmental, whether that’s towards myself or towards others. I really have to get honest with myself if I’m actually interested in creating any sort of lasting change for myself. Or I have to ask, am I using my judgement to convince myself that I’m doing something to make a change? A lot of times we’ll complain or we’ll get angry at something or we’ll stew in something and we’ll say we want to change, but we’ll keep stewing in it. If I’m not being proactive then i’m not actually doing anything to change.

None of us are perfect and all of us have a shadow side, this version of ourselves that’s not us at our highest, and that’s okay. It’s not about getting rid of the shadow, it’s about making peace and making friends with the shadow.

Is there anything else you want the Aaptiv community to know? 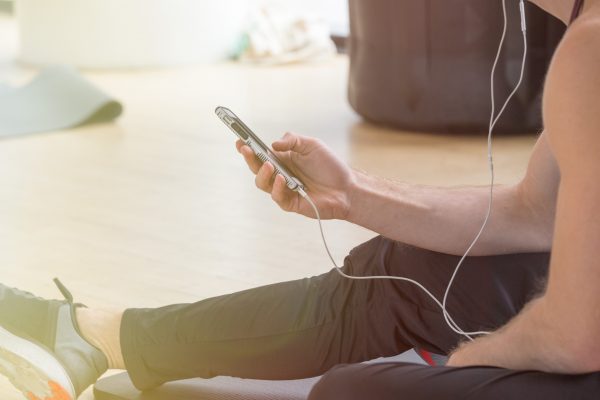 Got a New Gym Membership? Here’s How to Use It

Why Aaptiv and your gym membership belong together.

How Many Steps Count as a Floor?—and Answers to All Your Other Stair Climber Questions

There are no silly questions, especially when it comes to this sometimes confusing cardio machine. 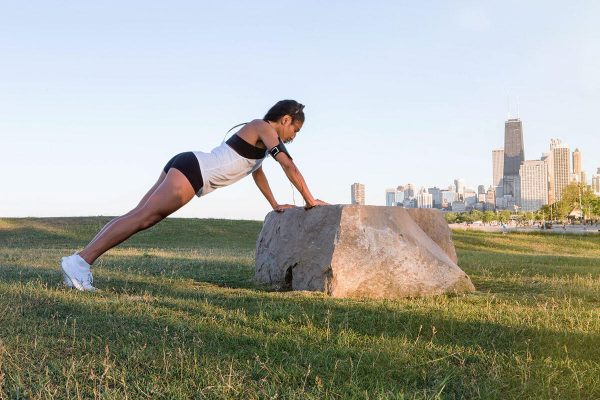 Why Form Matters and How to Improve Yours

When it comes to lifting weights, form should always come first.