The man behind living your truth and eating your vegetables.

If you’ve taken one of John Thornhill’s Aaptiv classes you know he’s all about living his truth…and eating vegetables. If you haven’t taken one yet, you’re missing out on John’s infectious energy, amazing playlists, and encouraging mantras.

How does he stay so motivated? We sat down with him to get to know the man behind some of Aaptiv’s most popular classes.

I’m from right outside of New Orleans. It’s a town called Slidell. Lake Pontchartrain divides Slidell from New Orleans, and you drive over the lake, so I wasn’t in New Orleans all the time. But I was always there for Mardi Gras, I had cousins who lived there on Bourbon Street. It was always fun. It’s a party 24/7, whether it’s Mardi Gras or not.

What many people may not know is that you’re an avid tennis player. How did you get into tennis?

The first sport that was my major love was soccer. I played it from the age of four to 14. But then I kind of had a falling out with soccer. The team that I was on wasn’t necessarily supportive. If a goal happened, it was always the defense’s fault, or, if it didn’t happen, it was the offense’s fault. There was no support.

So, I picked up tennis one random summer, and I loved that all the accountability was on me. If I lost, I lost. If I won, I won. I gravitated towards that. The sport just took over my life. I became obsessed. I played for my high school team my freshman year in Louisiana. The competition wasn’t dense, and after Katrina really destroyed everything in the local area our school system was shut down a little bit. So after freshman year I went to IMG Academy’s Bollettieri tennis program in Florida.

Is there an instance or a moment from any of your tennis matches that’s stuck with you?

The sad thing about tennis is all the big matches, the ones that you think about the longest, are the ones you lost. But I recently re-committed and started playing tennis again. I feel like all the things I was learning about mental toughness as a kid, being able to outwit, outlast, outplay, that didn’t click for me back in the day, click for me now. I don’t get upset. I don’t throw my racket anymore. But when I was a kid, I was a hot head. I was cracking rackets and screaming out loud. Now, when it doesn’t matter and I’m just having some fun, it all makes sense.

Your transition from tennis to indoor cycling, did that happen during college?

Yeah, they actually happened because of one another. I had shoulder surgery my junior year of college. During that transition, I was in a sling for three months, and I couldn’t really move my arm. I was looking for something to keep me physically active, but I had certain restrictions. One of my friends from college was teaching spin at a 24 hour fitness across the street. I was like I’ll go check it out, and the first class I took, I was hooked. I don’t consider myself a dancer, but I do love rhythm. Any type of music I listen to, I’m always listening for rhythm and how the body moves within it. And I could express myself and have fun with it. So, a week later I bought my own spin shoes. By the middle of my senior year, I started teaching at Fordham.

And years later, your Aaptiv classes have been streamed hundreds of thousands of times. What’s that like?

What I really do love has to do with Team Aaptiv. I think it’s so great that we have an opportunity to impact people’s lives, and that’s not only just in the physical aspect. I’ve gotten a few messages from people who—one girl told me recently that after doing one of my classes she decided to put in her two week’s notice and start on her dream job of opening up a boutique studio for herself. For me, that makes everything that we’re doing worth it.

You’re well-known for your love of vegetables. Where does it come from?

The love of vegetables comes from the knowledge of the importance of feeding your body nutrients. I’m not necessarily a good cook. I throw some things together that I make up and call it a night. I like to play around, but I’m not really a chef by any means. When I was growing up, I watched the Food Network, and I thought Ina Garten was a queen. It was really fun to see that, and it sparked my interest.

What’s your favorite vegetable and why?

My favorite vegetable is hands down the sweet potato, It’s so versatile. Great color. It’s great as a side dish and main dish. If you throw some cinnamon on there, it’s a great dessert. I just think it’s so tasty. And it’s important to get good carbohydrates in. Rather than having bread, for the most part, I try to lean towards veggies that are heavy in carbohydrates.

We know in addition to vegetables, you love music. Who’s your favorite artist or band?

This is very difficult. A lot of my love for music has changed throughout the course of my life. I’m definitely drawn to early 2000s and late 90s. Someone wise once told me that the music we love most as individuals is the music that we first heard at 16 when we got our learner’s permit and started driving. It’s the first space that’s all yours. You define it, you create it. It’s your freedom. The music that you associate that initial freedom with is the music that you will always gravitate towards. You can find new beats that you love, but that will always be home base.

I was a freshman in 2005, so I was listening to everything, and Britney was coming through—Radar? That album was insane. Backstreet Boys and *NSYNC were slowing down a little bit, but still had a whole lot of love for them. If I had to say one artist, just over the test of time, it would have to be Britney. She always leaves me happy, and I feel a little connection to her because she’s from Louisiana. But I love anything that’s dance-y and pop-y. Electro-pop is the genre I guess.

You make your own music as well. How did you get into that?

I started making music when I was in college. I got a degree in undergrad in music and communications from Fordham. After that, I started playing around with the idea of songwriting. In between my undergrad and graduate, I started writing more intensely and started collaborating with producers and songwriters. After undergrad, for about two years, I did my own thing and taught spin classes. Then I went to grad school at NYU for songwriting. That was when I was really diving in. I committed to these two years. I wanted to see how much music I could create and find the styles I really love.

What do you like to do when you’re not working out?

One of them is finding a good, fun video game. I just got a Nintendo Switch for Christmas, so I’ve been playing all the Mario games. That’s been really fun. Having a moment where I can turn my brain off is nice. And I like being able to sit down and watch a good movie or TV show. I also really do find myself listening to a lot of music. Living in the city, similar to when you’re in the car and you’re driving yourself around, my zen place is when I have my earbuds in and I’m in the subway.

Is there anything else you want Team Aaptiv to know?

It’s not just about how fast you can run on a treadmill. It’s about opening up your horizons and saying how mentally tough can we get? How bold can we be? What can we do to really shift our mindset and change our lives? It’s not just about running as fast as you can. It’s about literally changing your life. When I hear stories from our members, it reminds me why I’m doing what I do. It makes me feel super fulfilled. It’s what you can accomplish. How strong are you? What obstacles can you overcome? And it’s not just in physical fitness. You take that with you and become a better, stronger human being.

Want to see John in action for yourself? Check out some of his classes in-app:

Not a member of Aaptiv, but want to check it out? Click here. 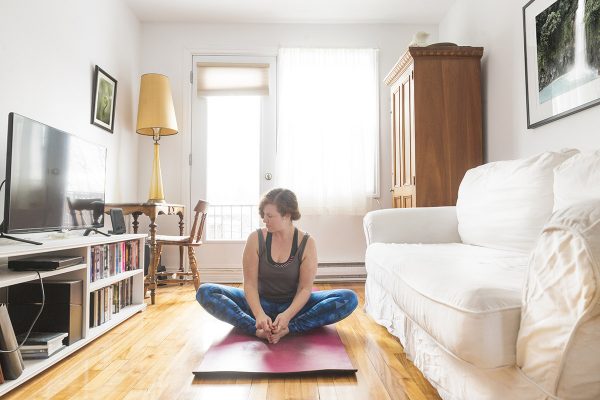 Watching TV While You Work Out Is Bad

How distractions like TV and your phone are keeping you from seeing results at the gym. 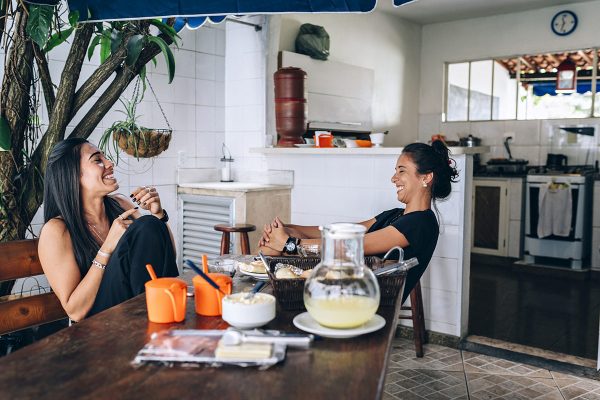 What Should I Be Doing on Rest Days?

Rest days, you know you need them but do you know how to use them to get stronger and fitter? We do! 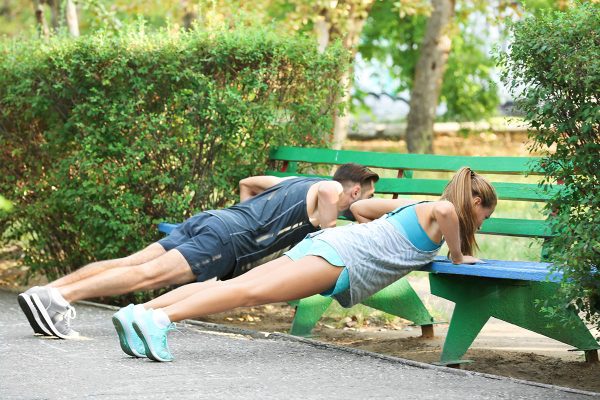 Hit the Park This Summer for a Total-Body Workout

This equipment-free program will get your heart pumping—no gym required. 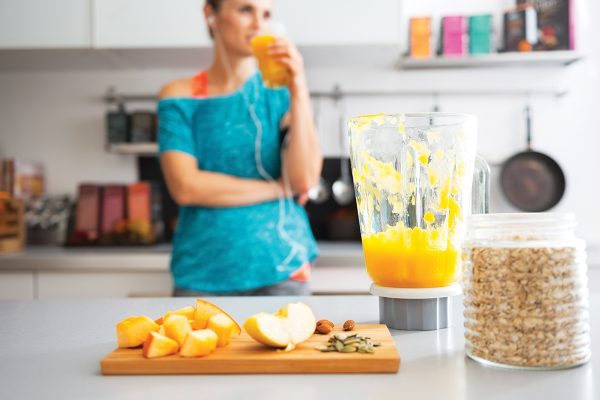 6 Health Industry Trends You Should Avoid This Year—and Always

Some fads are better left in the past. 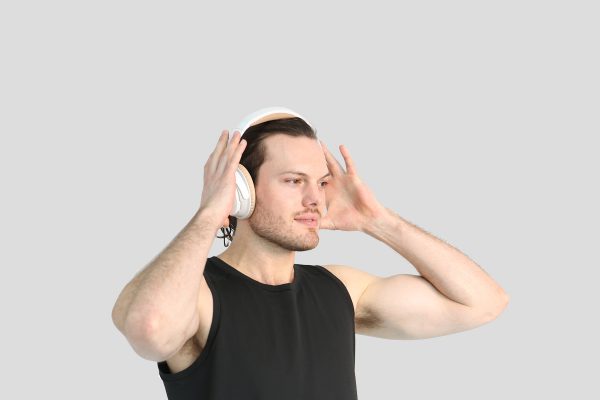 The man behind living your truth and eating your vegetables.