Everything You Need to Know About Postpartum OCD

Are you worrying a lot about your newborn? Your obsessions could be a sign of something more.

When you become a parent, it’s normal to be concerned with the wellbeing of your baby. Worrying if they’re sleeping and eating enough, are developing properly, and are safe and sound are all common thoughts that new parents have. But, when your worries become overwhelming, to the point that they’re interfering with your daily functioning, you might be dealing with something more: postpartum OCD (obsessive-compulsive disorder).

What is postpartum OCD?

“Postpartum OCD is really the same as OCD in general. It’s just happening at a time after a child has been born,” says Dr. David Austern, a psychologist at NYU Langone Health who specializes in anxiety disorders, including OCD. “We attach the signifier postpartum to indicate when the symptoms occurred.” The only major difference, Austern says, is that the onset of postpartum OCD tends to be more rapid than general OCD, which progresses more gradually.

People with OCD may worry about contamination, fear that they could cause harm to others or themselves, develop religious obsessions, or experience unwanted sexual thoughts. With postpartum OCD, the obsessions are commonly around harming a child.

According to the OCD Center of Los Angeles, postpartum OCD affects approximately three to five percent of new mothers. However, Austern points out that it can also affect fathers. “There have been case studies that [showed] it can happen in fathers of new children as well,” he says. “That actually suggests a lot about what really are the mechanisms and causal factors that could be contributing to it.”

Experts aren’t sure of the exact cause of OCD (researchers think structures in the brain and genetics play a role). However, Austern says that psychologists do agree that people with OCD attach a lot of significance to “possibly meaningless intrusive thoughts.”

“After a child is born, it’s normative for people to have heightened concerns about safety and wanting to protect [their] child, so it’s kind of this ripe moment for [OCD] to happen,” Austern explains. “Because, when we have an intrusive thought about harming our child—which is actually very common even though people don’t talk about it—if we start to attach a lot of significance to it and start avoiding things to make sure [that] it never happens. That’s how we think [postpartum OCD] develops.”

What are the symptoms of postpartum OCD?

Austern said that people with OCD can suffer from a variety of obsessions. But when it comes to postpartum, parents’ thoughts are most often about harming their child. “People have called that ‘aggressive theme OCD’ or ‘aggressive subtype OCD,’” he explains.

According to the International OCD Foundation, some of parents’ distressing thoughts can include ideas of physically harming their baby accidentally or on purpose. New parents may also experience fear of their child passing in his or her sleep.

These obsessions cause parents to engage in compulsive rituals to reduce their anxiety, Austern says. “Let’s say a parent has a thought about a knife, maybe they’ll go lock the knives away,” he says. “[A compulsion] is some kind of ritual to essentially neutralize that stress or make it go away.”

The problem with engaging in compulsions, Austern explains, is that, while a ritual may provide short-term relief, it actually reinforces obsessions and encourages compulsive behavior. In other words, it fuels the cycle of OCD. “What these [thoughts] might cause someone to do is think, ‘Oh no, I better not carry my child down the steps,’ or, ‘I better hide all the knives.’ But, the avoidance starts to generalize and spread,” Austern adds.

The important thing to note, though, is that people who have OCD fears about hurting their kids don’t actually want to cause harm. In fact, they are distressed by the idea of it. “Some parents, unfortunately, will avoid their child entirely,” Austern said. “They’re so afraid of causing harm to their child that they won’t even go near them.”

Who is at risk for postpartum OCD?

Austern said that postpartum OCD can present itself in parents who have a history of anxiety or mental health issues, and parents who don’t. Like postpartum depression, it doesn’t discriminate.

However, research has identified risk factors that might contribute to developing the postpartum disorder. “Some of the risk factors found were having general anxiety symptoms, pre-existing obsessive and compulsive symptoms—even before pregnancy—and then some very specific cognitive distortions, or ‘thinking traps,’” Austern says. Cognitive distortions include “all-or-nothing” thinking, like “I must be a total failure if I don’t land this job,” jumping to conclusions, overgeneralization, and catastrophizing.

“I think those risk factors are good to be aware of. But it can also be the case that people with no prior mental health history whatsoever can spontaneously experience these symptoms,” Austern stresses.

How do you treat postpartum OCD?

First of all, it’s important to remember that postpartum OCD is a mental health condition. It does not make you a bad parent. Austern says that parents should seek professional help if they think that they’re dealing with OCD, so that they can start treatment.

“The frontline treatment that we recommend is called exposure and response prevention (ERP),” Austern explains. “It’s a form of cognitive behavioral therapy, or CBT. ERP is really designed to help people face their fears in a safe way, and in a time-limited way.”

Along with CBT and ERP, meditating with Aaptiv can help soothe a worried mind.

How does ERP work?

With ERP, a therapist will help a client with issues like exposure to fears and preventing ritual behaviors. If a person has an obsession about dropping their baby, for example, their ritual may be putting their baby down or avoiding holding them altogether.

Austern says that through ERP the goal is to “break that cycle by exposing them to the thing that they’re afraid of.” He explains, “If they haven’t been holding their child, we want to get them holding their child.” Austern adds, “Gradually, we go up the hierarchy of all these situations [that] they’re trying to work on. What starts to happen over time is [that] they learn that these feared outcomes are not likely to happen. Then anxiety starts to come down.”

“It really weakens the association between fear and these different stimuli in the world,” Austern explains. The purpose of ERP, he adds, is to also get parents to stop engaging in ritual behaviors. Through treatment, the objective is for parents to move on from any intrusive thoughts when they occur, and not attach any value to them. This stops the cycle of OCD.

“Eventually, a great place to be is if that thought or image pops into somebody’s mind, to be able to dismiss it and say, ‘Oh, there’s that interesting thought that’s not likely to happen. I’m not going to act on it or listen to it.’”

While not super common, postpartum OCD is real and nothing to be ashamed of. If you or someone you love is experiencing symptoms similar to the ones described here, talk to a doctor. He or she will be able to help you target the source of what’s causing your stress. Then you can focus on the best parts of being a parent. 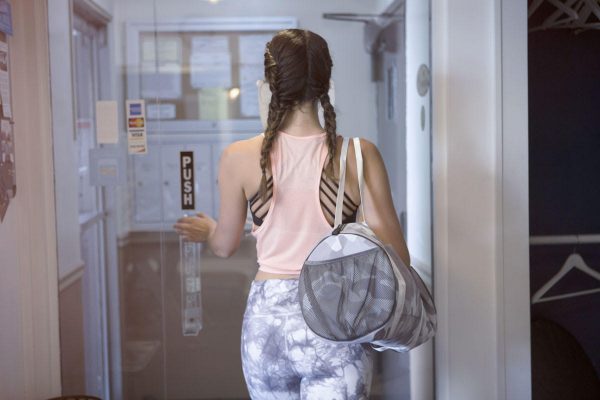 From your stress levels to your sleep, a solid workout routine comes with a lot of rewards. 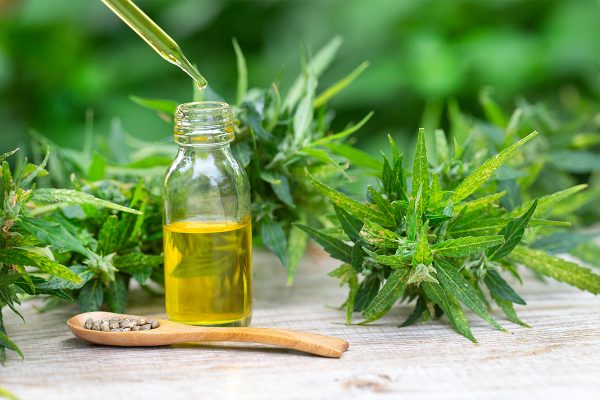 CBD is all the rage, but what does science say about what it can actually do?

Here’s How Binge Eating Affects Your Body and Mind

Experts break down this common, but serious disorder.