Elevation Training Mask 101: How Does It Work?

You won’t get all the benefits of living at altitude, but the device might help you improve your breathing.

Maybe you saw Michael B. Jordan wearing one in Creed, or Oakland Raiders running back Marshawn Lynch repping the supervillain-esque breathing apparatus in a training montage.

We’re talking about an elevation training mask (sometimes called a respiratory training mask). The devices limit oxygen intake and “bring that mountain trail to you if you cannot get to the mountain,” according to Training Mask.

Speaking of mountain trails, Aaptiv let’s you bring your workout with you anytime, anywhere.

The technology has received mixed reviews since the company debuted the first mask in 2009, so we spoke with John Serafano, of Training Mask research and development, and University of Wisconsin-La Crosse Exercise and Sport Science Researcher John Porcari, PhD, who studied the mask, to find out if the tech is worth your buck.

How the Training Mask Works

Simply put, an elevation training mask restricts the amount of air that you can breathe. It has six increasing levels of restriction designed to simulate the sensation of training at incrementally higher elevations. “The respiratory center in your brain cannot tell why the oxygen levels are low,” Serafano says.

According to Serafano, Sherk saw increases in his stamina and endurance using an early version of the Training Mask to induce hypoxia, the state of being oxygen-deprived. By training an athlete to control his or her breathing in a hypoxic state, the athlete’s respiration becomes more efficient. It would follow that performance should improve as less energy is spent on the respiratory system.

When Training Mask 1.0 went on sale, the science behind Serafano’s reasoning began to catch up. That’s where the line between logic and peer-reviewed evidence becomes muddled.

The Problem of Simulating Altitude Training at Sea Level

Terms like “elevation” and “altitude” now display less prominently within Training Mask’s product literature than they originally did. Porcari’s study might have something to do with that. Published in the May 2016 edition of the Journal of Sports Science & Medicine, the last line of Porcari’s abstract reads, “The (elevation training mask) does not simulate altitude, but works more like a respiratory training device.”

Hemoglobin is a protein inside red blood cells that carries oxygen to muscle tissues. It’s about 98 percent saturated with oxygen at sea level, Porcari says. But saturation drops to around 80 percent at 10,000 feet.

Elite athletes live and train at altitude because hemoglobin levels must increase in order to compensate for oxygen scarcity and continue delivering O2 to the muscles. The adaptation means that when an athlete returns to sea level, his or her oxygen delivery system is more effective. This tends to result in better performance.

In his experiment, Porcari had 12 moderately trained participants ride a cycle ergometer for 6 weeks at high intensity while wearing the Training Mask. 12 others did identical training without the mask. By the end of the session, the mask-wearing subjects showed no increase in hemoglobin levels, nor did they exhibit (relative to the non-mask group) a significant improvement in VO2 max—a key marker of an altitude-trained athlete. A similar 2017 study of ROTC cadets wearing the Training Mask found no significant VO2 max improvement.

Serafano says the reason for the stagnant VO2 max and hemoglobin metrics is obvious. The mask simulates the sensation of altitude while you’re wearing it. But in order to get the physiological benefits of altitude training, you also need to live at altitude. “If you’re up (at altitude) for two to three weeks, hemoglobin is going to go up,” he says. “Well, if you went up to a mountain and you ran for 20 minutes three times a week, would hemoglobin change? Probably not.”

So the Training Mask doesn’t actually provide sea level athletes with the prominent physiological adaptations of altitude training. Currently, no study has investigated whether they’ll hack seconds or minutes off your 5K. For marketing an “elevation training mask” that doesn’t provide concrete elevation-like benefits, Training Mask was lambasted in the press. The company has since walked back the elevation verbiage. Yet, Porcari was pleasantly surprised by a couple of the performance metrics he found in study participants.

How the Mask Might Help You Work Harder, Longer

Porcari’s mask group also displayed nearly 20 percent higher power output at ventilatory threshold than the non-mask group. “When we first analyzed our results, we didn’t believe it,” he says. “Somebody should replicate what we found. Let’s have somebody do a 30K time trial to see if performance improves. Hypothetically, it should improve performance. You’d need to do a time trial to see.”

Serafano also touts a 2015 Clinical Physiology and Functional Imaging study that examined resistance training in hypoxic environments, similar to those created by the Training Mask. Serum growth hormone concentrations were significantly higher in the hypoxic group. This indicates that resistance training during hypoxia can increase muscle hypertrophy as growth hormone secretion rises (although it also states that improved muscle hypertrophy didn’t necessarily result in strength gains).

Should you try an elevation training mask?

There’s certainly a gap between what the research on hypoxic training indicates and what the real-world benefits are. With time, that gap may close.

For now, consider how you might use the mask. “The idea is to improve breathing conditioning and find some middle ground where you’re pacing yourself, learning to make the most out of recoveries so [that] you become more efficient,” Serafano says.

Especially in the most restricted setting, the mask can reduce the total training load you can accomplish, so it’s probably not an everyday thing. Instead, you might try it on HIIT days when you’re using the Aaptiv app.

Adjust the restriction settings to train yourself to take deep, purposeful breaths, like you would in yoga breathing. And sea level athletes with high-altitude races on their docket could benefit from getting acclimated to the sensation of oxygen deprivation.

We don’t yet know exactly how much faster or stronger you stand to get. But, at $79.99, the mask could be an interesting training supplement for anyone looking to improve their breathing rhythm or test out the physiological stimulus in the real world. 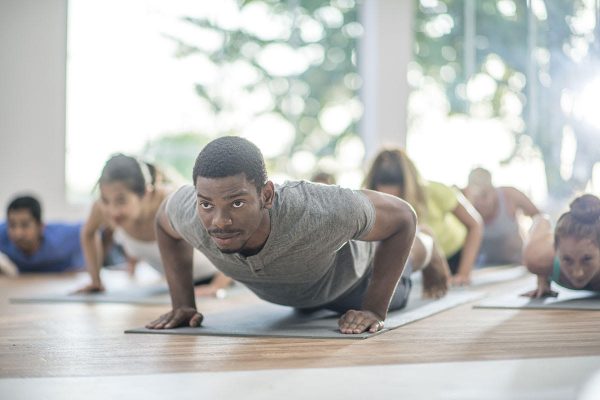 When it comes to cranking up training intensity, listen to your heart.