Figure out how much is too much.

Alcohol in moderation can be part of a healthy lifestyle. We’re certainly not going to tell you to skip the cocktails. But it’s important to know how too much alcohol impacts both your brain and body. Here we break down the exact physical and mental side effects of one (or a few) too many drinks. So, you can drink responsibly this season and always.

This is your brain on booze.

“Alcohol can affect your brain in several ways,” says Michael Jay Nusbaum, MD, FACS, FASMBS, chief of Bariatric Surgery at Morristown Medical Center. “[Alcohol] affects the frontal lobes of your brain..where personality and higher cognitive functions occur.” Your frontal lobe is the part of the brain that is responsible for reasoning and decision-making. And, when you have too much to drink, your brain’s ability to reason and make decisions is compromised. This is why people have a tendency to make terrible decisions (“I’m fine to drive!”) after indulging in too many cocktails.

Having too much to drink can also mess with your mood—and exacerbate any underlying mental health issues. “Although alcohol can have a temporary relaxing or uplifting effect on mood, alcohol is a depressant,” says Adam Perlman, MD, MPH, FACP, and integrative health and wellbeing expert at Duke University. “It affects our brains and the chemicals in our brains…in ways that make it more difficult for us to manage stress and lead to increased risk for depression, anxiety, and even suicide.”

Alcohol also negatively impacts the hippocampus, which is the area of the brain responsible for forming new memories. This is why you might have a hard time recalling certain details of a night out drinking, or, in extreme cases, experience a full-on blackout. Boozing it up can also impact the cerebellum, which regulates stability balance. It is the culprit behind the clumsy way people walk (or, more realistically, stagger) when they’ve had too much to drink.

If you only have too much alcohol on rare occasions, your brain will bounce back pretty quickly. But if you’re overindulging on the regular, you could experience long-term cognitive impairments and damage to the brain.

This is your body on booze.

Drinking too much can also do some serious damage to your body—starting with dehydration. “Alcohol causes you to urinate too much—and, in doing so, you become dehydrated,” says Nusbaum. “[Alcohol also] causes your blood vessels to expand, which [can] exacerbate the dehydration, drop your blood pressure, and [can] lead to headaches and passing out.”

Drinking too much alcohol (and drinking too much, too often) messes with your liver, your pancreas, and your heart. It can even lead to certain cancers. “Alcohol intake can damage your liver and interfere with the detoxification of other harmful substances and drugs,” says Nusbaum. “Alcohol intake can [also] lead to cancers such as throat, mouth, esophageal, stomach and even breast cancer,” he adds.

And, if that’s not enough for you, drinking too much can lead to unwanted weight gain. “Weight gain is very common with alcohol use,” says Nusbaum. “Alcohol contains hundreds, if not thousands, of empty calories…some mixed drinks can contain an entire day’s worth of calories.”

How to Know When You’ve Had Too Much

So, clearly, drinking too much isn’t good for your brain, your body, or your health in general. But, how do you know when you (or someone you’re with) has crossed the line from having fun with a few cocktails to not having any fun because of too many cocktails?

“Early signs that someone may have drunk too much include loss of coordination, flushed face, and slurred speech,” says Perlman. “This can progress to more concerning signs like confusion, vomiting, loss of consciousness, irregular breathing, decreased body temperature, and seizure.”

If you start to experience some of these more serious symptoms, you might be dealing with alcohol poisoning—and you need to get help immediately. “With continued drinking, being ‘tipsy’ or drunk can progress to alcohol poisoning. [This] can be a life-threatening condition, and, if suspected, needs emergency treatment,” says Perlman.

If you wake up the morning after a night of heavy drinking feeling like absolute hell, consider the hangover that you have as your brain and body’s way of telling you that however much you drank the night before was too much.

“Hangovers are likely caused by multiple factors, including dehydration, toxic byproducts of the metabolism of alcohol—as well as other inflammatory chemicals—additives to the alcohol (found in higher amounts of dark liquors, which may be why they are more likely to cause a hangover), low blood sugar, and disrupted sleep,” says Perlman.

Don’t let drinking too much become a habit.

If you overindulge, don’t sweat it. The key is to not let it become a habit. Next time you’re out drinking, stick to the Center for Disease Control and Prevention’s moderate drinking guidelines. That is, one drink a day for women, two drinks a day for men.

In the meantime, maybe Google some hangover cures, drink a glass of water, and get back into bed. And remember, you can always get back on track once you feel better. Keep up your fitness routine, or start one, today with the Aaptiv app.

(If you’re worried about your alcohol use, help is available. The National Institute on Alcohol Abuse and Alcoholism has resources and information to help you determine if your drinking is a problem—and where to find help if you need it.) 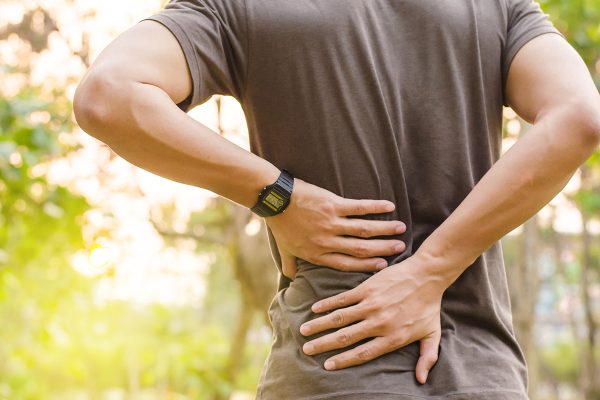 Pains Discussed: What they Mean and Why You Shouldn’t Ignore Them

Feeling pain and its severity can differ from one body to the other.

Everything You Need to Know About Athlete’s Foot

How to recognize if you’re developing an itchy fungus on your feet. 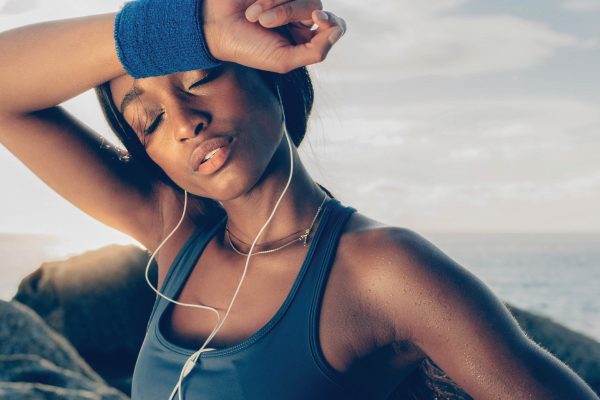 Why Does My Sweat Change?

Most of the time, it's totally normal.