How to Know Which Types of Races Are Right for You

With so many to choose from, it’s important to pick the race that’s a perfect fit for you.

We see our friends and family running or taking part in many different types of races all over the country on social media. They pose with colorful numbered bibs and show off shiny medals and sweaty faces. Mud is covering every inch of their bodies or they’re sporting colorful tutus. We’ve truly seen it all.

Maybe you’re looking to get in on the action and compete in your first race. Or you’ve run in a few races and want to try something new and more challenging. How do we know the types of races that are right for us? Below, we break down the different types of races, what they consist of, and the best ways to know which race is the right fit for you.

Races Based on Distance

Of all the different types of races, the most common is a race based purely on the running mileage and distance covered. These races can vary in distance. They start at more than three miles and increase to 26 miles or more.

This is the perfect race for a beginner or novice runner and the ideal gateway to competing in future races. A 5K consists of just over three miles. On average, it requires a four- to eight-week training schedule (depending on your current skill set). The Aaptiv app also offers a variety of training programs to help you prepare for the race ahead of time. 5K races can be some of the most fun, and they often support philanthropic causes. Notable 5K races include The Color Run, Turkey Trot, or even the zombie-apocalypse-themed race called “Run for Your Lives.”

If you’ve already competed in a 5K or feel like you can run farther than three miles with your current running schedule, it may be best to sign up for a 10K. It consists of about six and a quarter miles. The recommended training schedule is eight- to ten-week if you’re a novice runner or running less than five miles a week.

To some, this race is the test to see if they can run the full 26.2 marathon. To others, it’s purely a way to prep for an upcoming marathon. Clocking in at just over 13 miles, the half marathon is a feat in itself. Don’t let the larger number discourage you. If you’re able to run more than three miles consecutively, you’re ready to train for a half marathon. In order to train in a healthy way, it’s recommended to dedicate three days a week to run for a duration of 12 to 14 weeks.

It’s considered as the holy grail of racing to most. This 26.2-mile race can take anywhere from three to four hours to run. The marathon is not for the faint of heart. It’s meant for those who can dedicate time and discipline to their running routine. According to Massachusetts General Hospital, a study confirmed that running a marathon is good for your heart and overall health, but there are many safety precautions and guidelines to consider. Before competing in your first marathon, it’s recommended that you’ve covered a large amount of base mileage during the year leading up to the race. If you want to compete, expect to train anywhere from 12 to 20 weeks, leaving time for long runs every seven to ten days. Along with training for the run physically, it’s also important to take note of what to pack and wear on your long runs.

According to Tough Mudder, “This may be the toughest event on the planet.” This obstacle race consists of a ten-mile run while completing more than 20 obstacles. What some people love about the Tough Mudder is that they’re not competing against the clock. Participants are encouraged to simply finish the race without fixating on their numbers or time. Twinkle Toes is one example of an obstacle. It refers to when participants balance a wooden beam to cross closer to the finish line. The trench warfare, where participants crawl on their hands and knees to make it through marshes, is another. The Tough Mudder also offers shortened 5K- and half-marathon-inspired levels, if the ten-mile trek seems too intimidating.

Triathlons are best for those who are physically trained (or ready to train) and prepared to run, bike, and swim (in open water) for certain durations of time and distance. There are varying levels of triathlons, some more demanding than others.

This race is recommended for beginners in the triathlon category. You’re exposing yourself to all three disciplines, but limiting the output from each category. Swimming is up first with a 400- to 500-meter sprint, followed by a 12- to 15-mile cycling race, and finished with about a three-mile run (equivalent to a 5K). The recommended amount of time to train for a sprint triathlon is roughly 12 weeks.

Most notable is the standard triathlon race. The Olympic Triathlon received its name from its introduction into the 2000 Sydney Games. Before that, it was referred to as the International-Distance Triathlon. The race starts with a one-and-a-half-kilometer swim, followed by 40 kilometers of cycling, and finished with a 10K run. Like the sprint triathlon, the recommended training time for an Olympic triathlon is also 12 weeks.

For the ultimate test of physical strength, and to wear the strong badge of honor, try competing in the Ironman Triathlon. The race combines a full marathon, almost two and a half miles of swimming, and a 112-mile bicycle ride. Don’t attempt the race if you’re not regularly physically active. The training schedule takes roughly 13 weeks. The race itself can take anywhere from 12 to 14 hours. The longest training days clock in around 13 hours (with the average time of each training session being five hours). Another way to know if you’re physically ready to compete in an Ironman is if your average running speed during a marathon is a ten-minute mile. Or if you finish in less than four and a half hours.

There are so many types of races to choose from, and they fit all variations of physical skill sets. If you’re going to attempt a challenging race, it’s important to be aware of any physical constraints your body may have. It may be wise to seek advice or a stamp of approval from your physician. 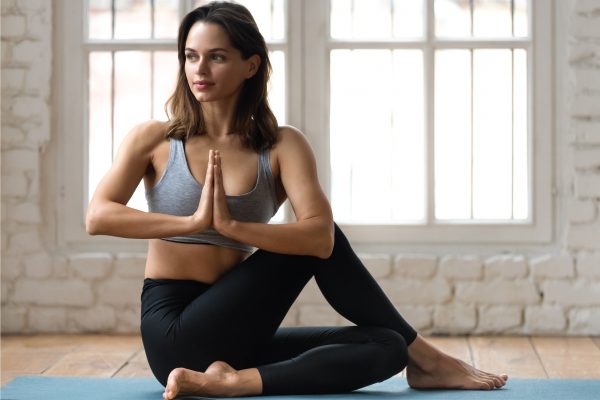 All it takes is some innovative and time-saving techniques.

These Are The Best Workouts for When You’re Tired

When you’re low on energy, stick to these doable workouts. 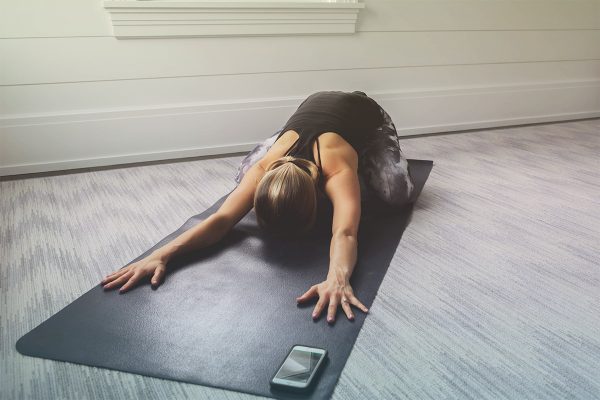 12 Tips and Modifications for Yoga While Pregnant

How to alter your yoga practice for a safe and fit pregnancy.