Concurrent Training: Should I Do Cardio or Strength First?

Learn why remembering the order of operations is crucial to success.

Almost all athletes train in strength and cardio simultaneously, but the weekend warrior can benefit from a similar exercise regime. It’s called concurrent training, and it’s all about gaining power without sacrificing stamina; or vice versa, depending on your baseline fitness level. Canisius College’s Charles Pelitera, C.S.C.S., PhD. explains how you can stimulate both energy systems to achieve your strength and cardio goals.

Get started with your strength and cardio goals on Aaptiv.

Concurrent Training and the Interference Effect

You’ll hear two things about concurrent training. Runners might tell you that serious strength training will add unnecessary muscle and slow you down. Powerlifters may shy away from cardio because of the perceived detriment it poses to strength and muscle mass. Both can be true. But in reality, it’s the duration, intensity, and timing of the exercises that make the difference. In true concurrent training, strength and endurance exercises are performed in relatively close proximity. This means that the body must adjust to competing stimuli.

According to a 2014 Sports Medicine paper, Robert Hickson, an exercise researcher and former powerlifter, learned this decades ago, as a post-doctorate at Washington University. After he began running with a professor, Hickson noticed that his strength and muscle mass were declining. This occurred despite the fact that he hadn’t changed his strength routine at all. Hickson replicated the phenomenon in a landmark 1980 study. In it, he instructed participants to train in either strength, endurance, or both. Those who trained in just endurance and those who trained concurrently saw similar VO2 max gains. However, those who trained concurrently saw their strength gains increase until week seven. Then, strength leveled off and began to decline.

Participants who did concurrent training experienced the interference effect first-hand. “Simultaneously training for strength and endurance will result in reduced capacity to develop strength, but will not affect the magnitude of increase in VO2 max,” Hickson writes.

Numerous exercise researchers have replicated Hickson’s findings. The general consensus is that strength training doesn’t limit aerobic capacity, yet aerobic training can limit strength output. The time between exercises also influences the interference effect. “If you were to do to a heavy cycling aerobic workout and then a leg workout two hours later, your strength is going to be affected,” Pelitera says. “If you were to do a heavy cycling workout and then lift legs the following day, your strength is still where it needs to be.”

The Case for Cardio Before Strength

If the primary goal of your concurrent training routine is to become a faster runner or cyclist, you might be better off hitting the cardio first. The body needs time to convert lactic acid into lactate, Pelitera says. “Your aerobic training could be negatively affected by doing resistance training first,” Pelitera adds.

However, runners and cyclists may become better adapted to concurrent training with practice. A 2017 Sports Medicine analysis found that after a few post-run resistance sessions, the body adjusts to the resistance stimulus and requires less recovery time between hard run and leg day. What’s more, you’ll also be running with more muscle glycogen and fresh legs, so don’t lift legs before executing important workouts on your running training calendar.

The Case for Strength Before Cardio

The major argument for training strength before endurance is that, as the interference effect states, strength training doesn’t limit aerobic improvements. Simply put, you can run after a lift without worrying about the run being affected. (Although, if your target pace is quick, the post-lift soreness could impede your progress.)

Powerlifters and anyone more concerned with their strength than their cardio are likely better off resistance training first. Fresh muscles perform best under resistance stimulus. “To do the minimum amount of aerobic exercise to enhance VO2 max without compromising lean body mass, 20-40 minutes would be adequate,” Pelitera says. HIIT training, Pelitera advises, is a great way for strength-focused people to enjoy cardiovascular benefits without losing muscle mass.

Cardio before strength or strength before cardio? Find out which works best for you with Aaptiv.

The Best of Both Worlds

Try to isolate each exercise with a buffer of a few hours to restore muscle glycogen. If you must train strength and endurance in the same session, consider which aspect of your overall fitness is most important to you. If you have a race coming up, you’re likely better off doing cardio first.

Runners who aren’t doing high-end aerobic work that day, however, can do resistance exercises before the cardio. “If I’m doing a heavy, high-intensity cardiovascular workout, I probably wouldn’t do a heavy-lifting leg day on that day,” Pelitera says. He notes that such back-to-back lower body stimuli can also destabilize the knees, hips, and ankles.

Plan out your week to allow 24 hours between high-intensity aerobic exercise and lower body resistance training. If you’re hankering for a resistance session before or after a hard run, Pelietera recommends lifting upper body only. It won’t affect the cardio, and the cardio won’t ruin a quality upper body pump.

Ready to get started on your fitness journey? Click here. 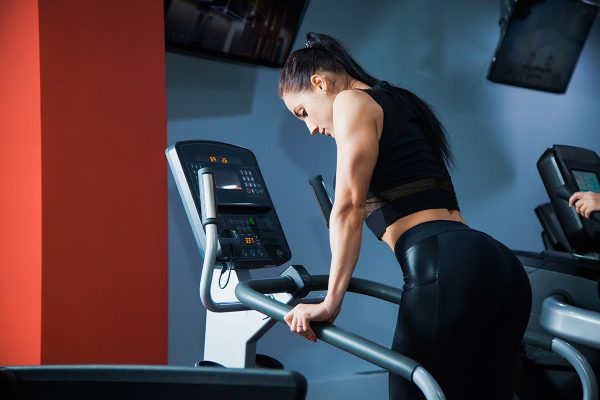 How much do you really know about stair climber workouts? Our experts debunk six common myths about this cardio machine. 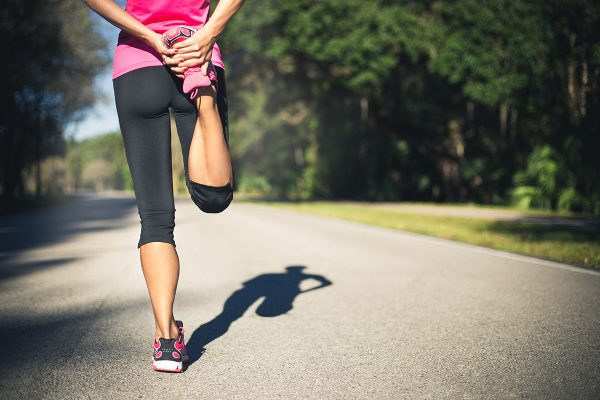 The 5 Balance Exercises All Runners Need to Be Doing

A sure-footed single-leg balance is the first step toward injury prevention.

Feel-good fall is on the way.